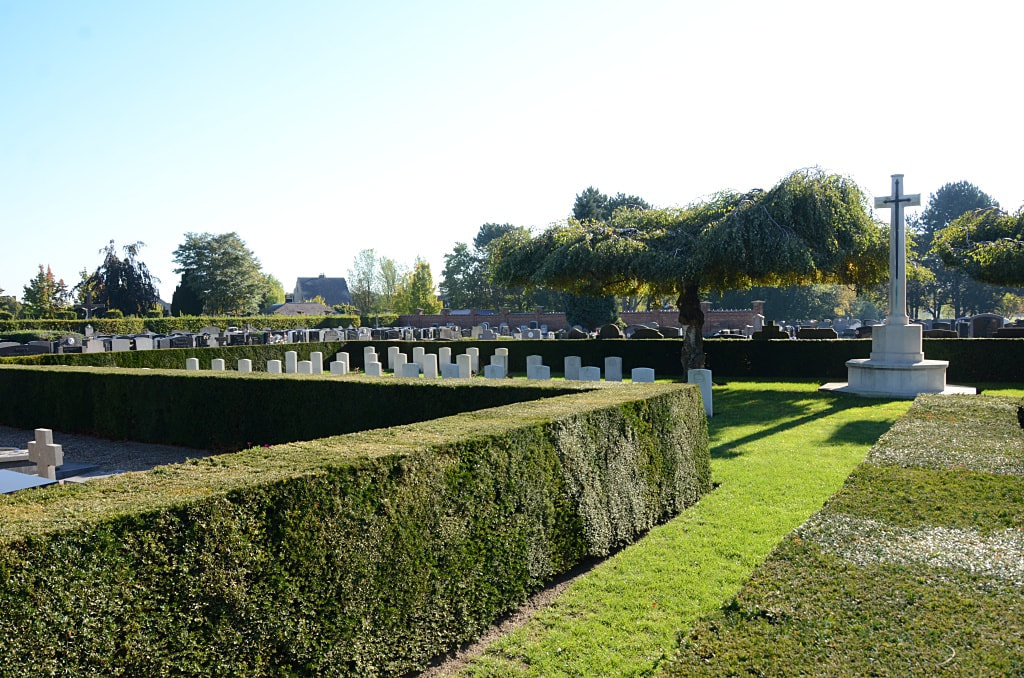 Hasselt is a town in the province of Limburg. From the motorway E313 turn off at Junction 28 onto the N80. Follow the N80, direction Hasselt, and at the traffic lights next to the water tower continue straight on into St.-Truidersteenweg. Take the first turning right into Kerkhofstraat, and the cemetery will be found in front of you. The Commonwealth War Graves Plot is in the south-eastern part of the cemetery. 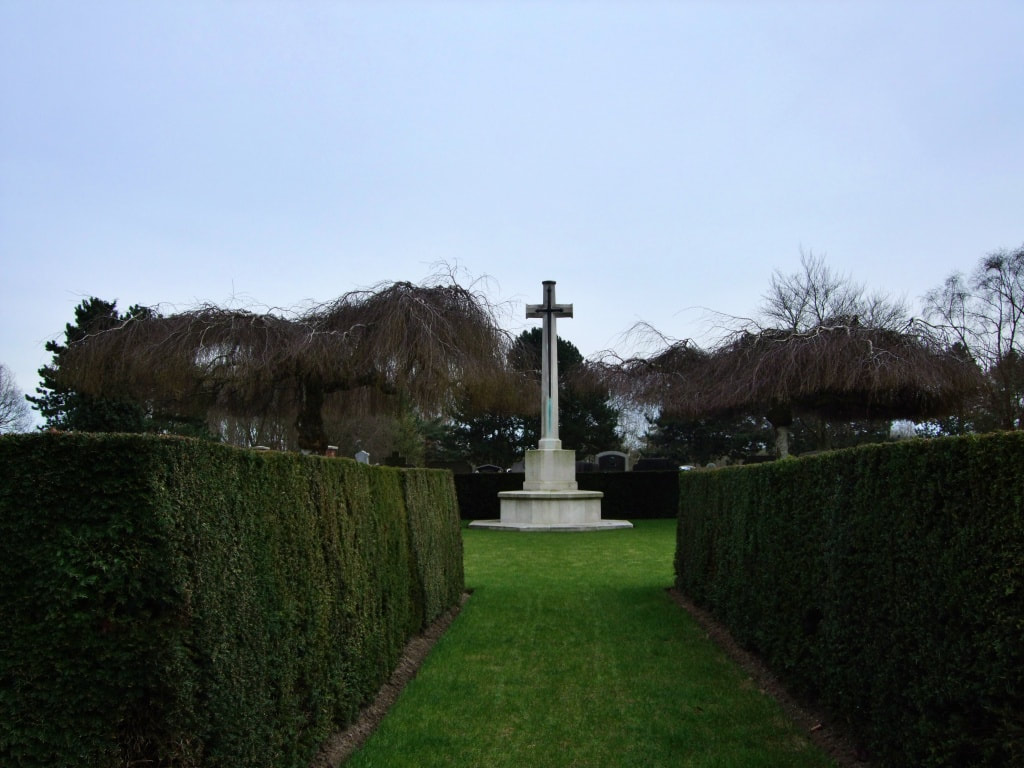 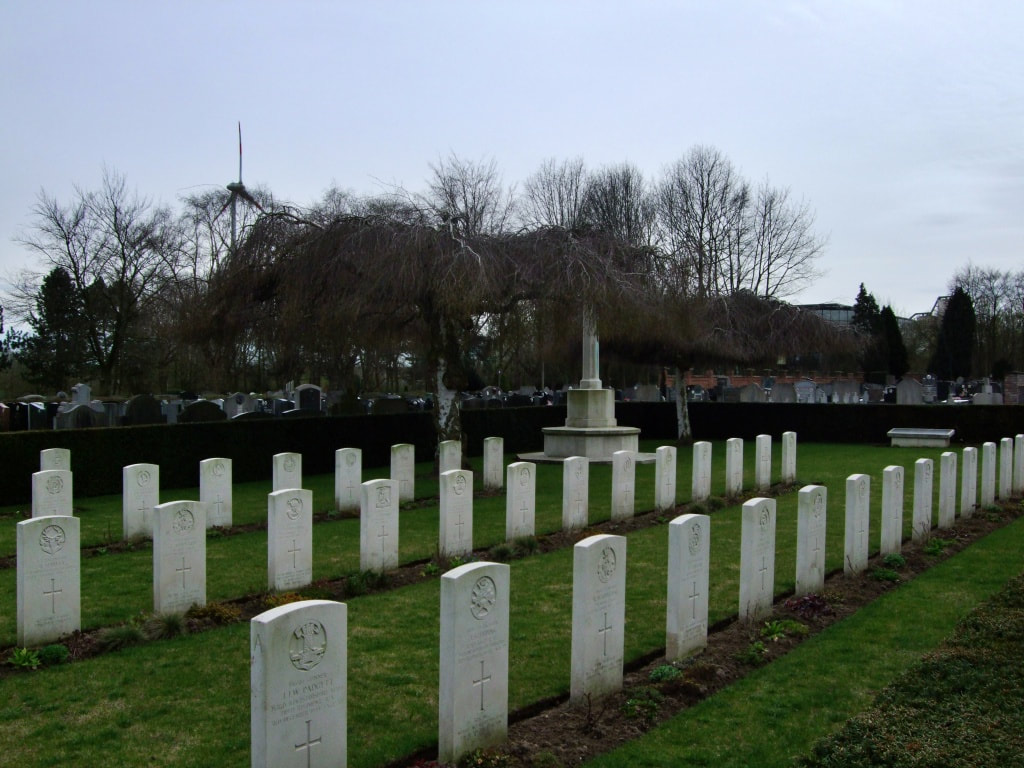 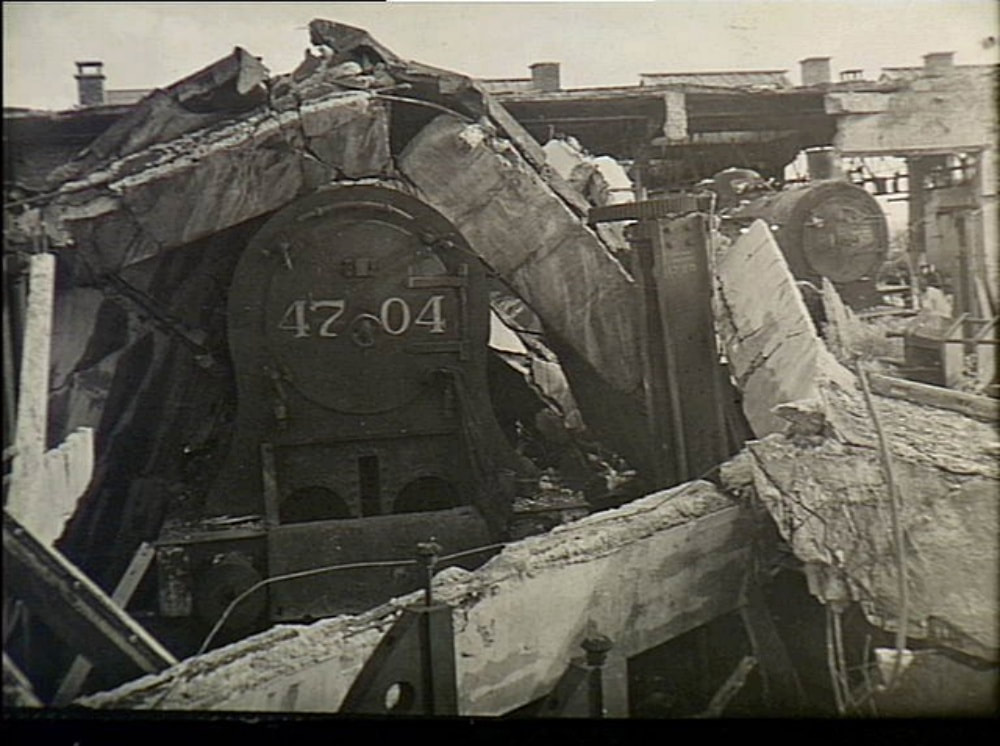 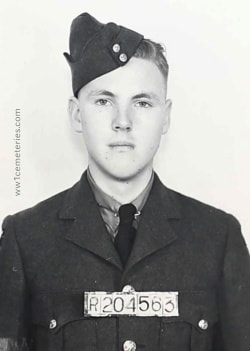 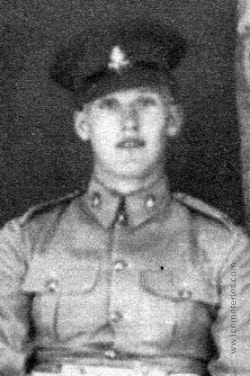 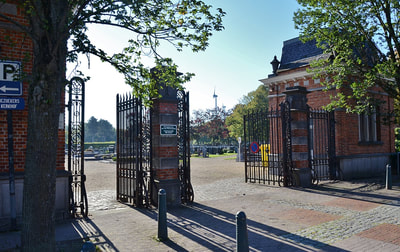 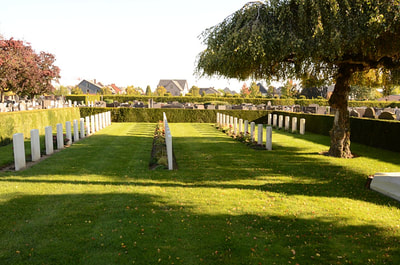 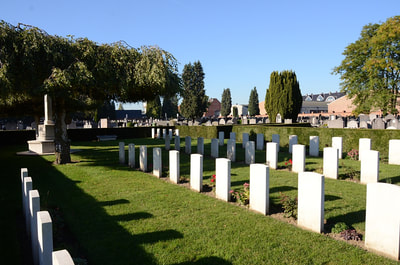 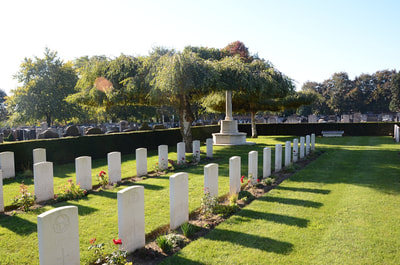 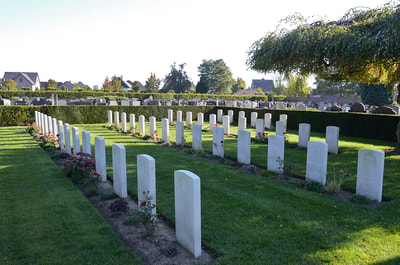 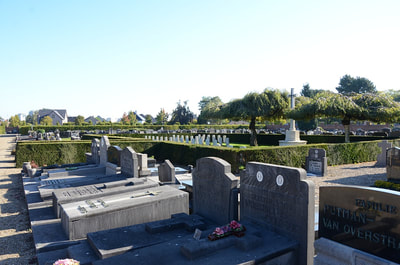 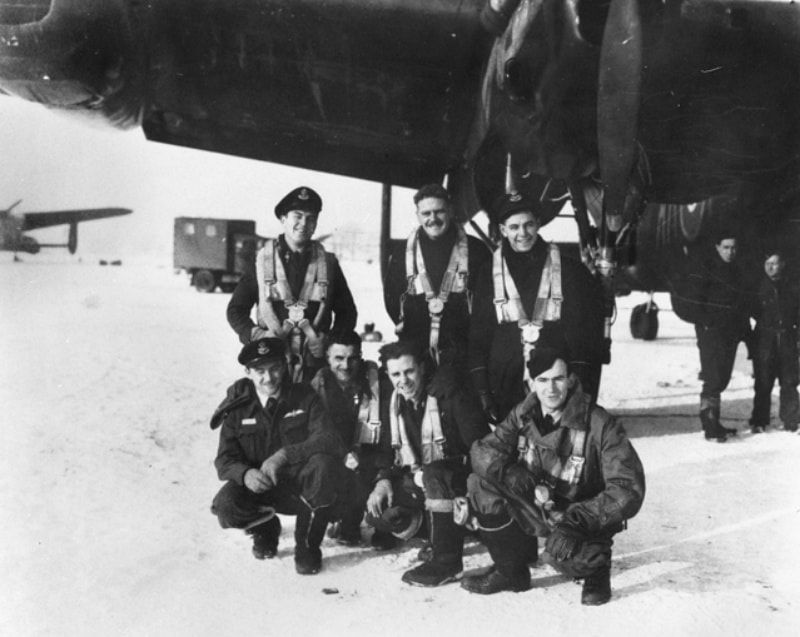 Group portrait of the seven man aircrew of Lancaster bomber, AR F2, (PB 471), 460 Squadron, RAAF, at their base in Binbrook, Lincolnshire.
Buried in this cemetery are

In February 1945 this aircraft was shot down by German night fighters when returning from a raid on Dortmund in the Ruhr Valley. The aircraft crashed at Linkhout, in the Belgian province of Limberg. The crew, with the exception of the pilot, Flt Lt Alex Jenkins, were all killed. Flt Lt Jenkins bailed out and was able evade capture, before eventually meeting up with advancing allied forces. On his return to Britain, he was reinstated as a pilot and flew missions until the end of the European war. The six crew members are buried at the Hasselt New Communal Cemetery, Belgium. The two ground crew members (background) are unidentified. 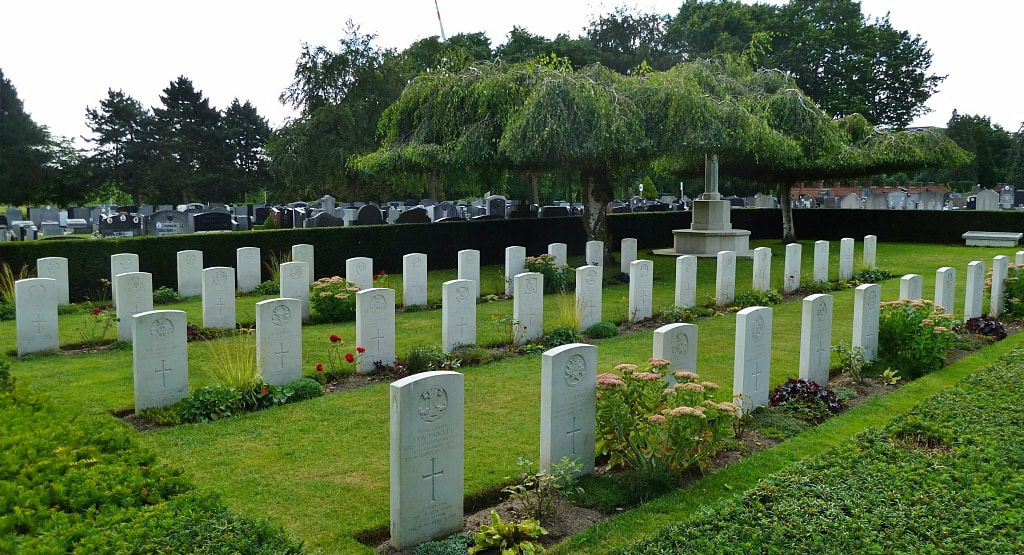 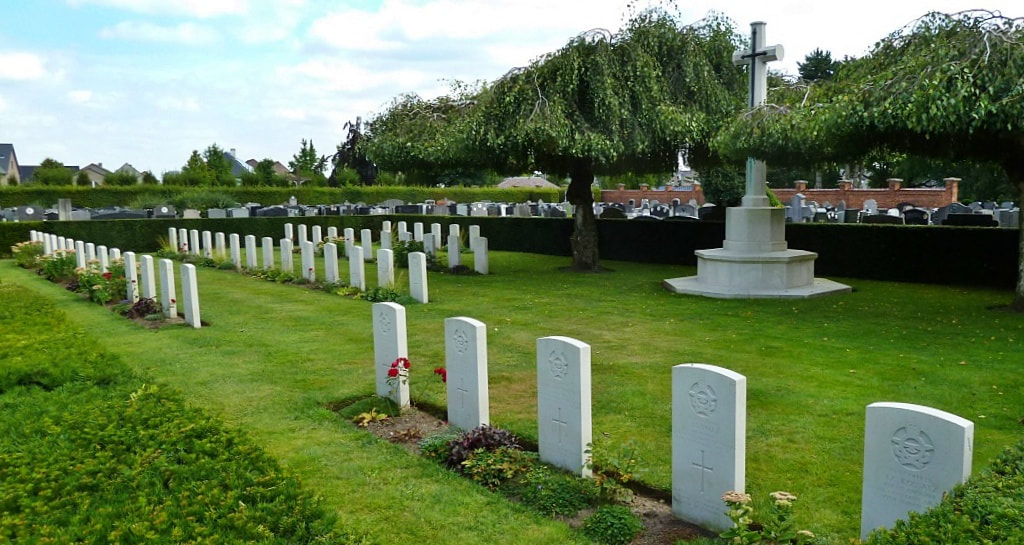 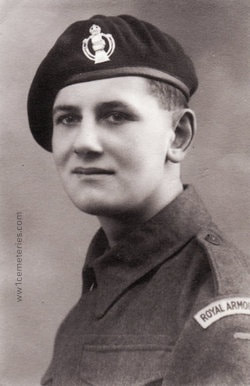 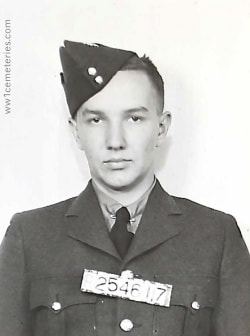 Son of Alfred and Sarah Kossatz, of Pembroke, Ontario, Canada.

His inscription "His Name I Oft Recall. There Is Nothing Left To AnswerBut His Picture On The Wall"

Pictures of Some of the Original Grave Markers 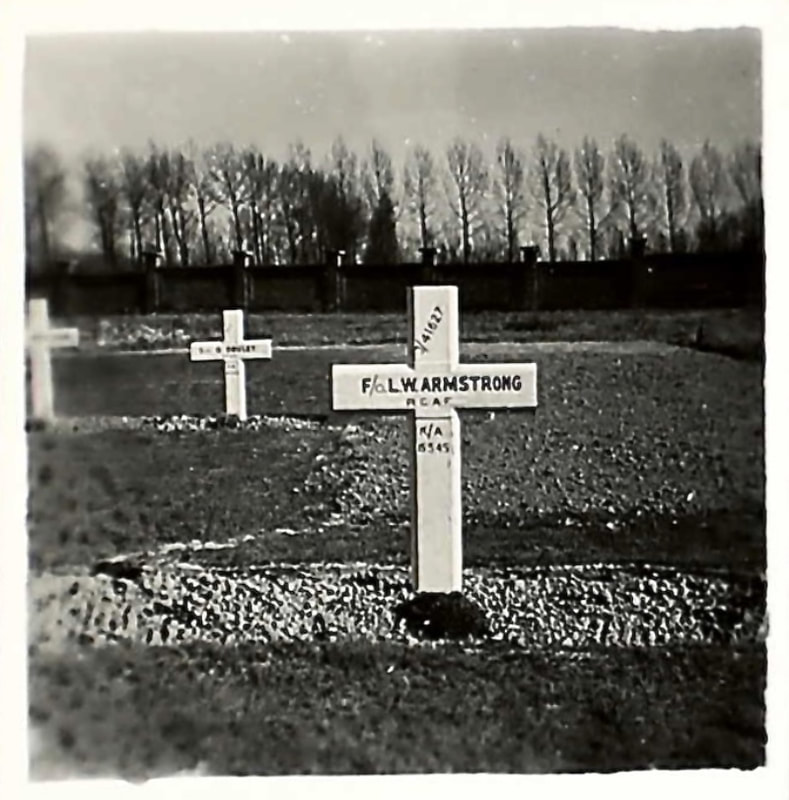 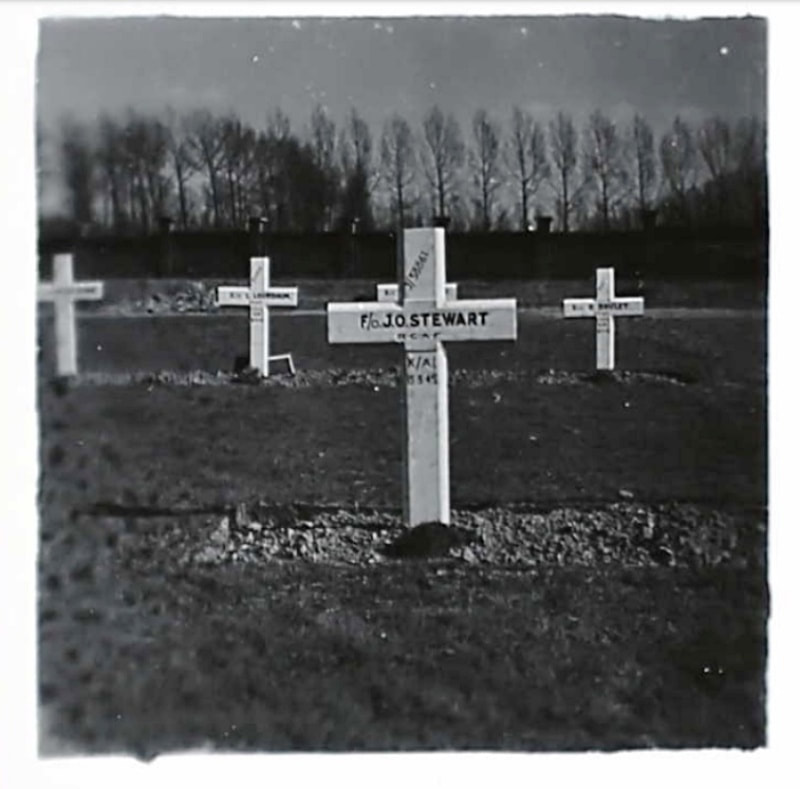 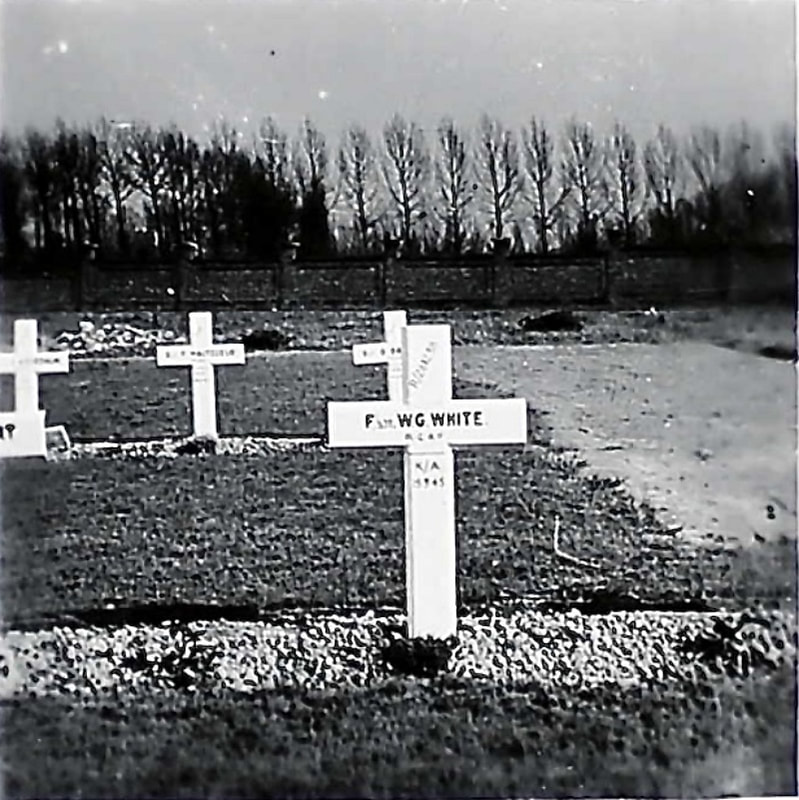 His headstone bears the inscription "Flying With A Higher Force" 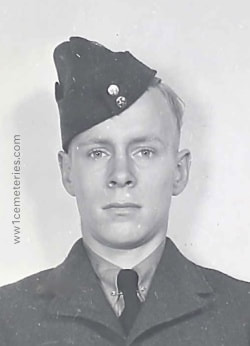 His headstone bears the inscription "He Is Not Here; For He Is Risen" St. Matt. XXVIII: 6