Fontaine-la-Louvet is a village and commune lying about 53 kilometres west-north-west of Evreux and 16 kilometres east of Lisieux, just over 1.5 kilometres north of the main Evreux-Lisieux road (N.13). The most convienient railway station however, is Bemay, approximately 24 kilometres south-east of the village, on the Rouen-Le Mans-Tours railway, where taxis are available to complete the journey to the churchyard. Near the north-western corner of the church is the Collective Grave of 5 airmen. 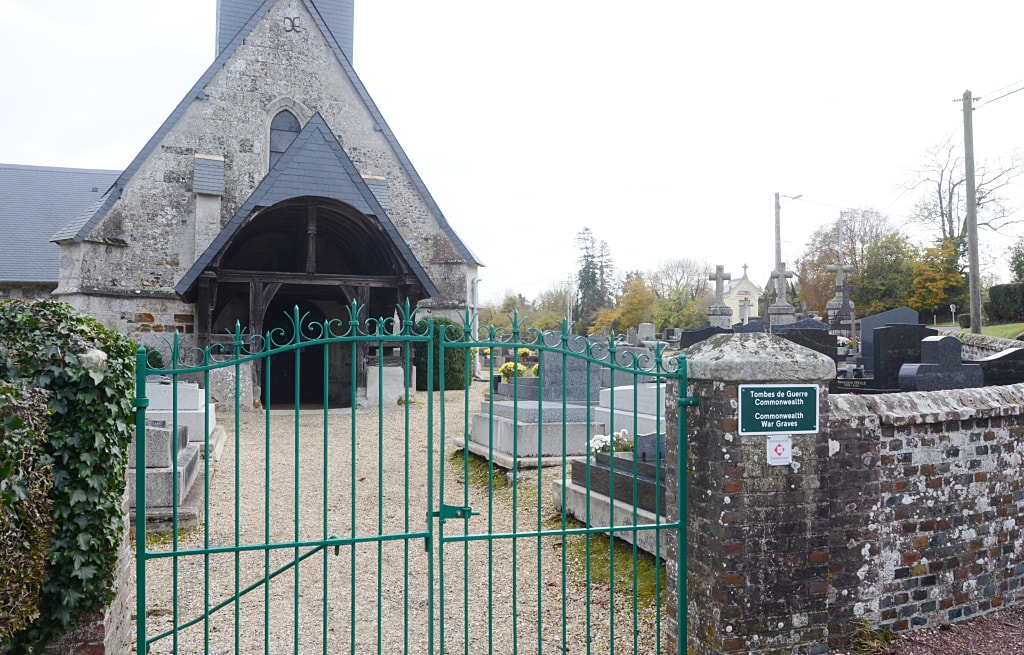 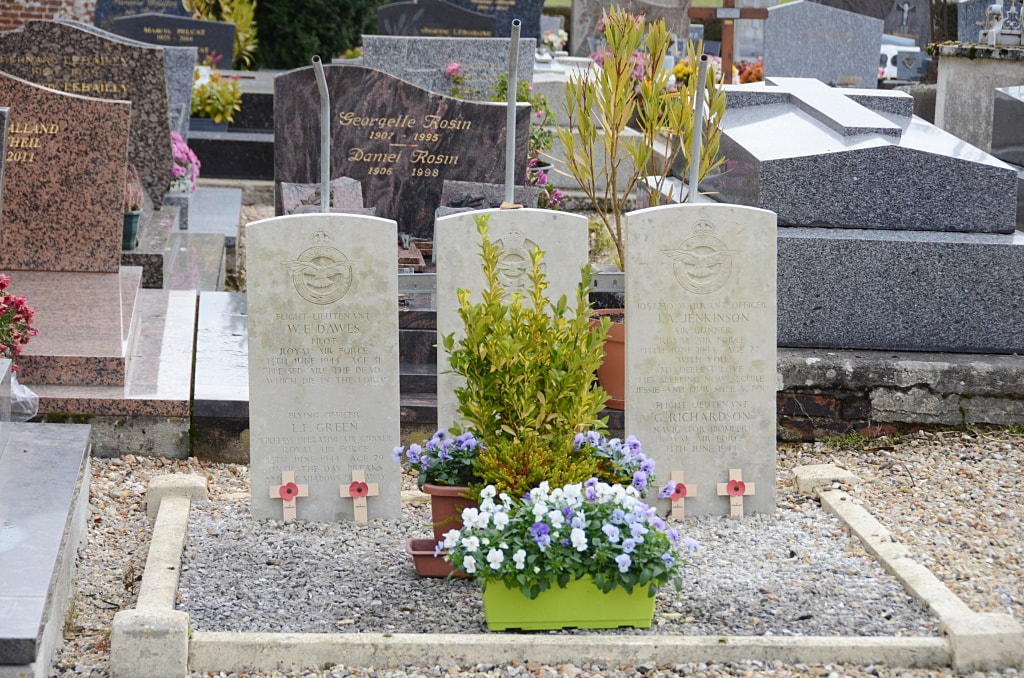 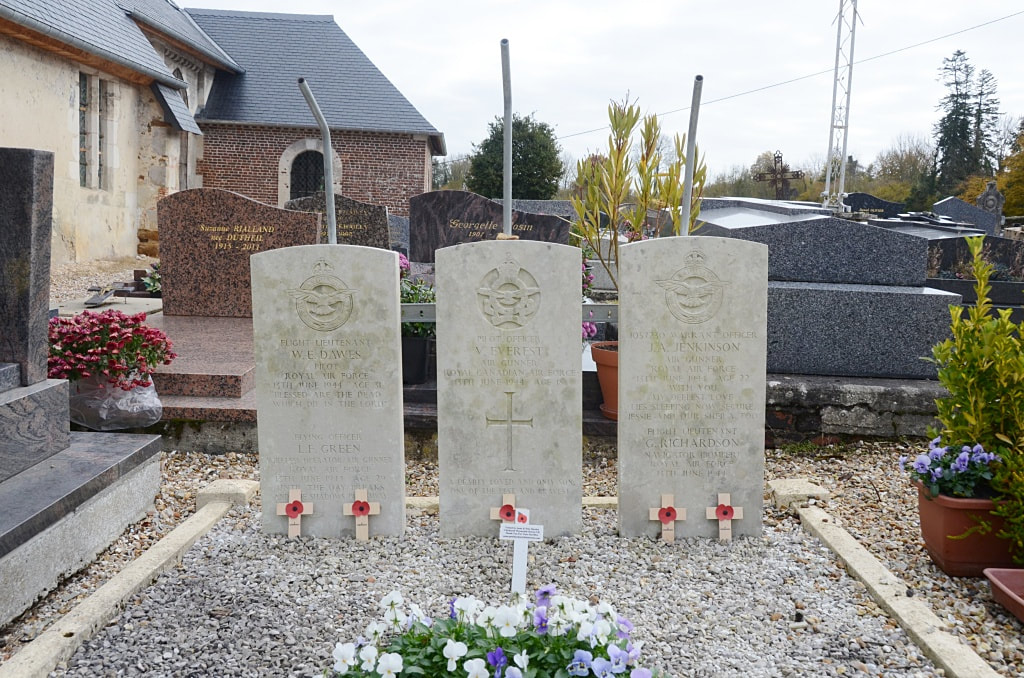 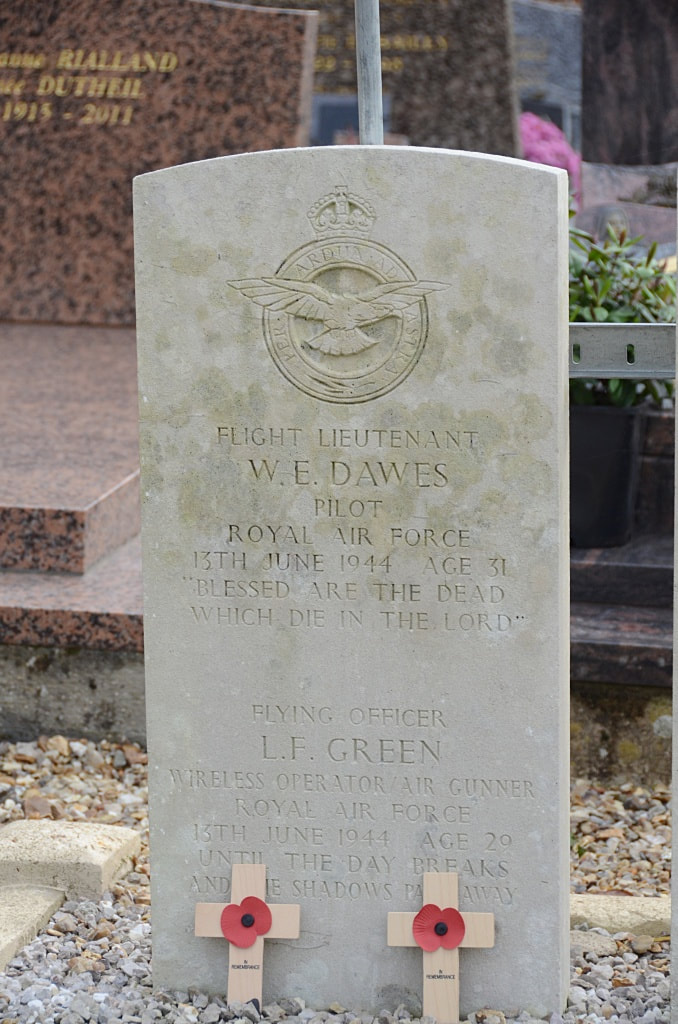 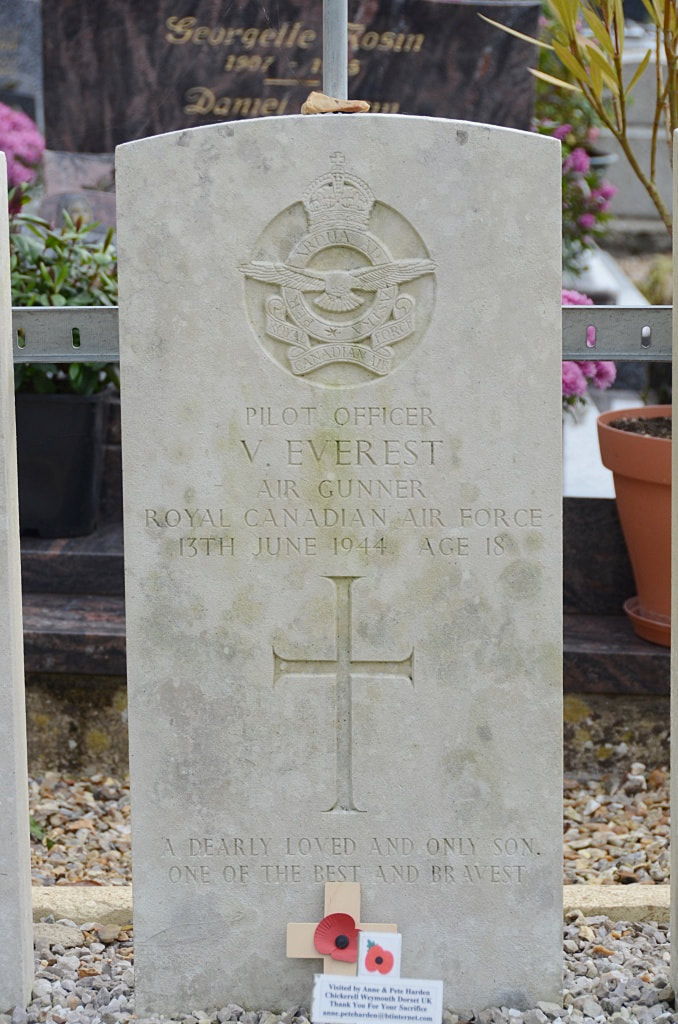 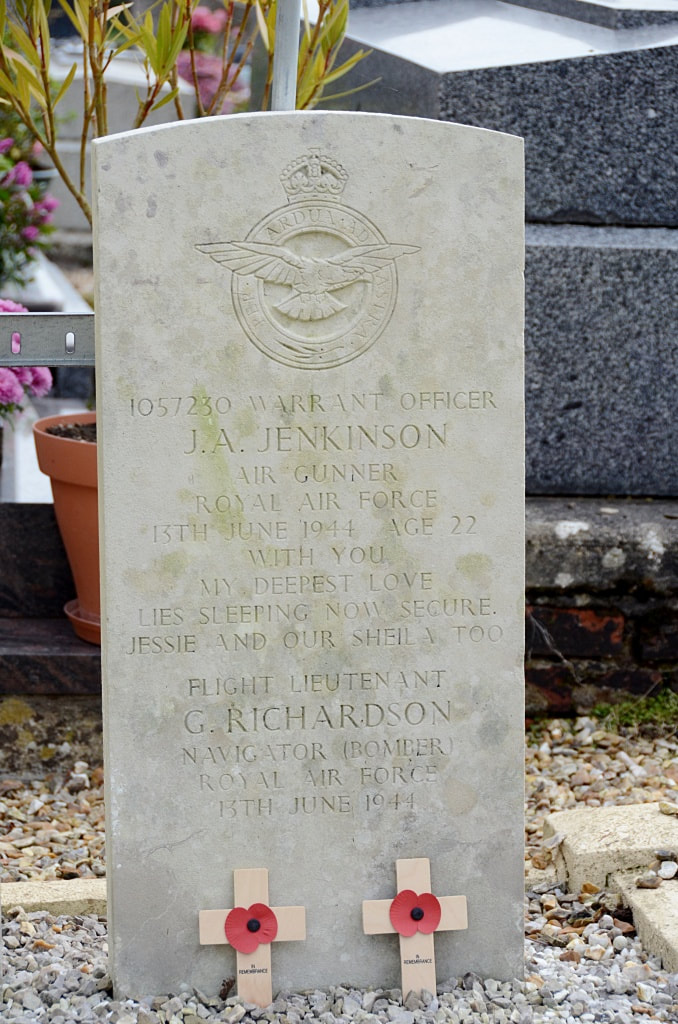 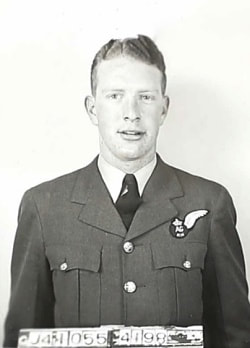 His headstone bears the inscription "A Dearly Loved And Only Son. One Of The Best And Bravest"