Feugarolles is a village and commune some 22 kilometres West of Agen. The village is situated halfway along on the main road from Port Ste. Marie to St. Laurent. The communal cemetery is south of Feugarolles and East of the road to the village of Limon. The one British War Grave, marked by a permanent private memorial, is West of the entrance. 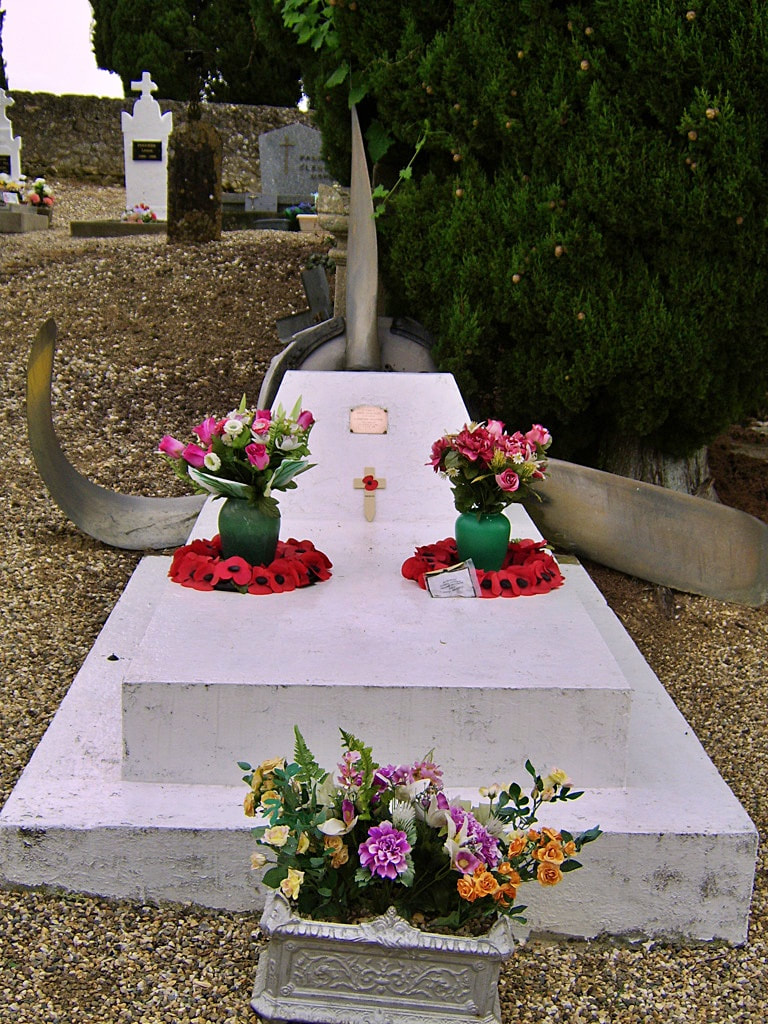 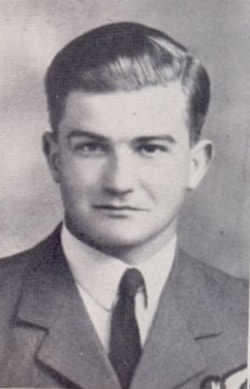 ​His headstone bears the inscription "Buried at Feugarolles"

​Harold Devening Ayliffe (known as Jack) was born on 24th July 1920 in Wycombe, Oxfordshire. His father was Harold Bond Ayliffe, a Commercial Clerk, and his mother was Mavis Doreen (née Newson). The first school that he attended was Dover Road School in Gravesend. In 1931 Harold Ayliffe joined The County School for Boys – now known as Gravesend Grammar School. Harold played for the 1st XV Rugby team, was awarded Full Colours and he also won an Economics Prize. Harold had three brothers; Alex (born 1919), Roland (born 1926) and Norman (born 1928).

In 1939 Harold left the School and became an Apprentice Buyer. Enlisting in the Royal Air Force Volunteer Reserves, he flew first with 153 Squadron in North Africa and the Middle East. Harold was awarded the DFM for “completing many night operational sorties and outstanding work as a navigator, and for displaying great courage and determination”. Joining 151 Squadron, Harold played a considerable part in the protection of London and the Southern Counties in shooting down many Flying Bombs.

Flying Officer Navigator Harold Jack Ayliffe DFM of 151 Squadron died aged 24 when his Mosquito fighter-bomber on a Ranger mission was brought down close to Limon in South West France. Together with his pilot Squadron Leader R N Chudleigh, they had flown from RAF Predannack in Cornwall, attacking a German munitions train near Agen. As a result of the explosion from the train, their plane crash landed and Harold Ayliffe was killed. Chudleigh managed to free himself from the wreckage and summon help. He escaped back to Britain three weeks later with the help of the French Resistance. The villagers of Limon buried Harold Ayliffe in the local cemetery, pretending that he was an old villager. After the war Harold’s grave was recognised as an official war grave and a ceremony to commemorate his death is held there every year on the 4th August.