Fallencourt is a village and commune 22.50 miles (36 kilometres) east-south-east of Dieppe on the Rouen-Abbeville road (N.28), and 5.50 miles (9 kilometres) south-east of Blangy-sur-Bresle, where the N.28 road crosses the N.15 bis (Le Treport-Paris) road. There is a railway station at Blangy-sur-Bresle (Le Treport-Paris line); and a bus service to and from Neufchatelen-Bray passes through Foucarmont, which is 1.25 miles (2 kilometres) south of Fallencourt. The communal cemetery is north of the village at the junction of the D.16E road from Realcamp with the N.28 road.

​The three British graves are in the north-west corner of the cemetery. 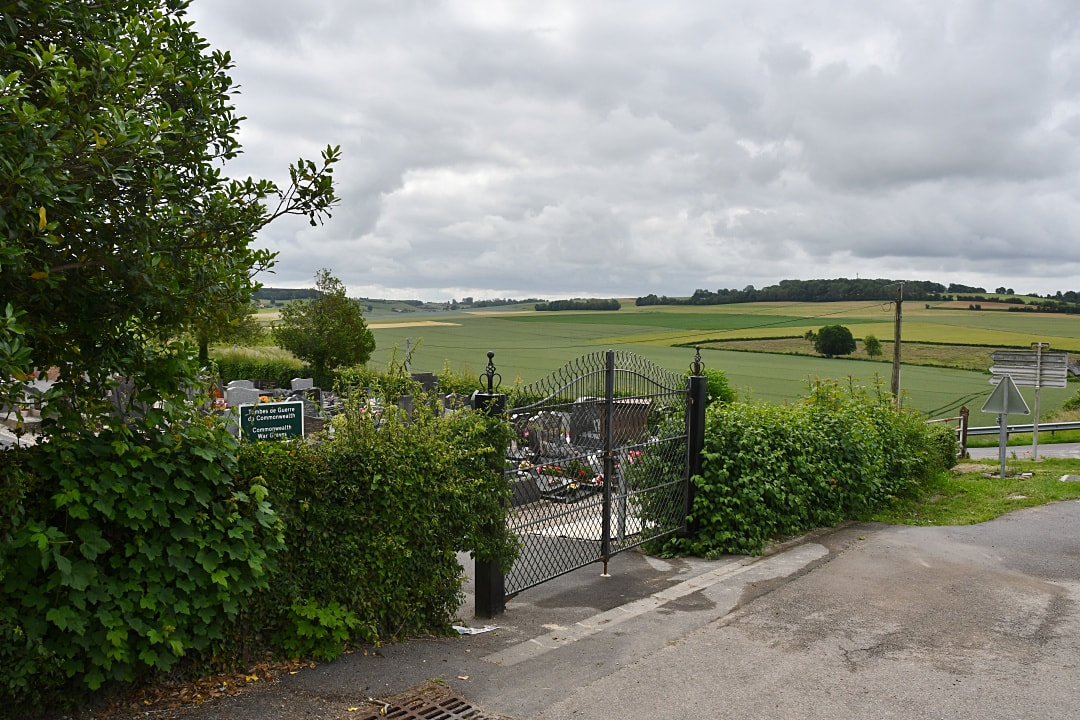 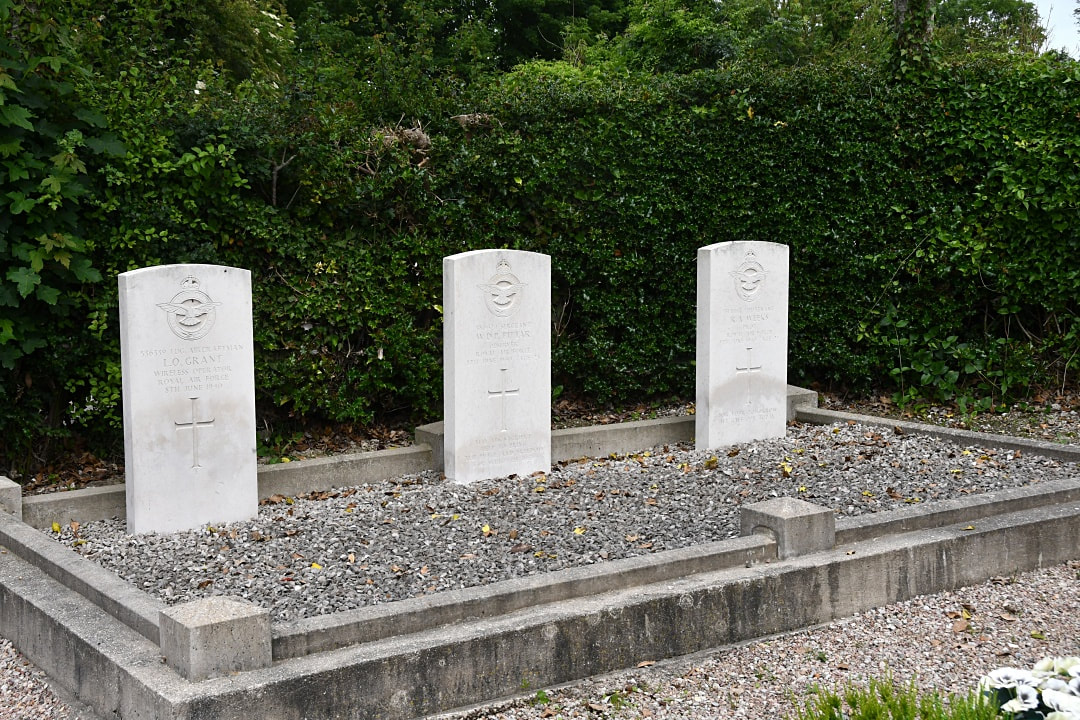 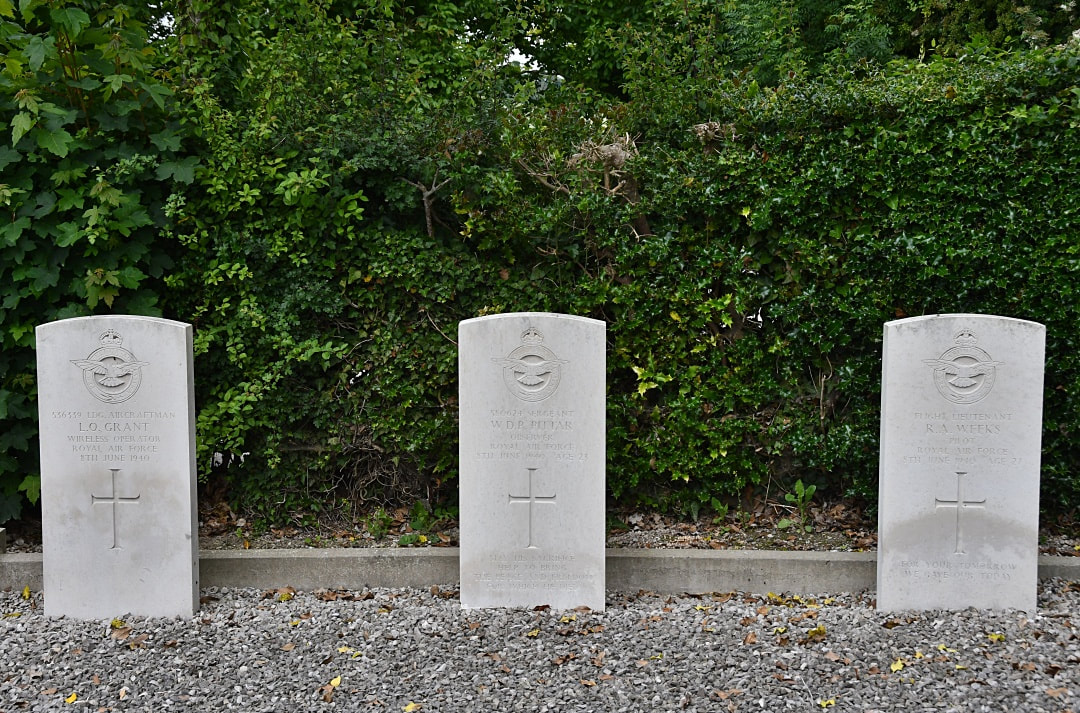 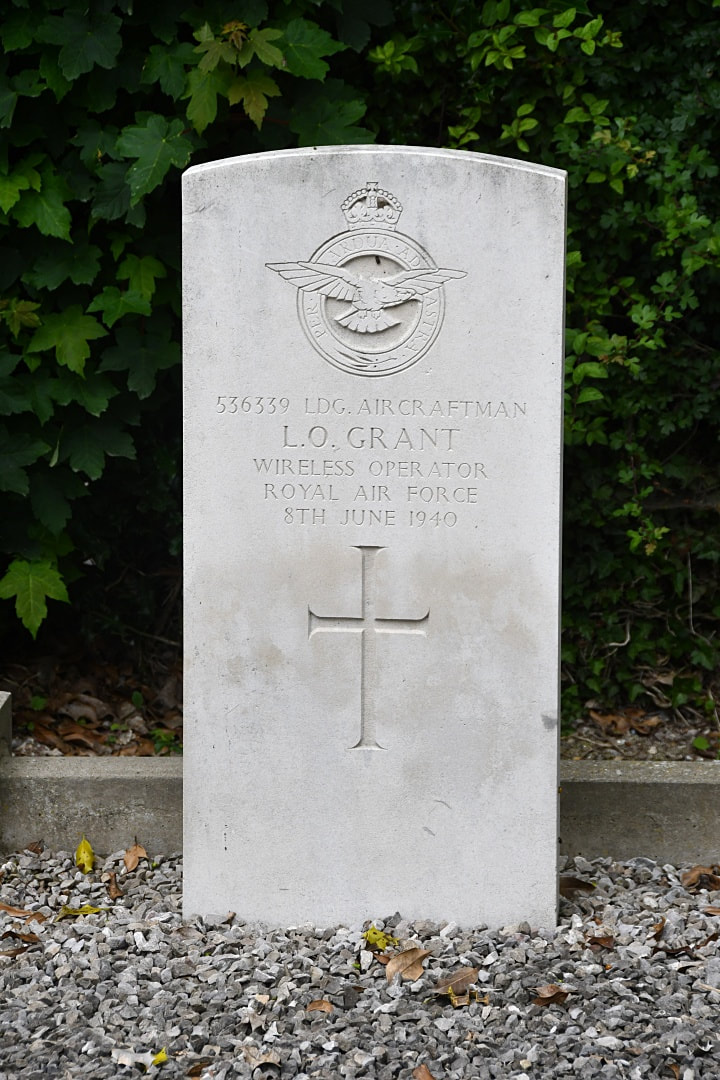 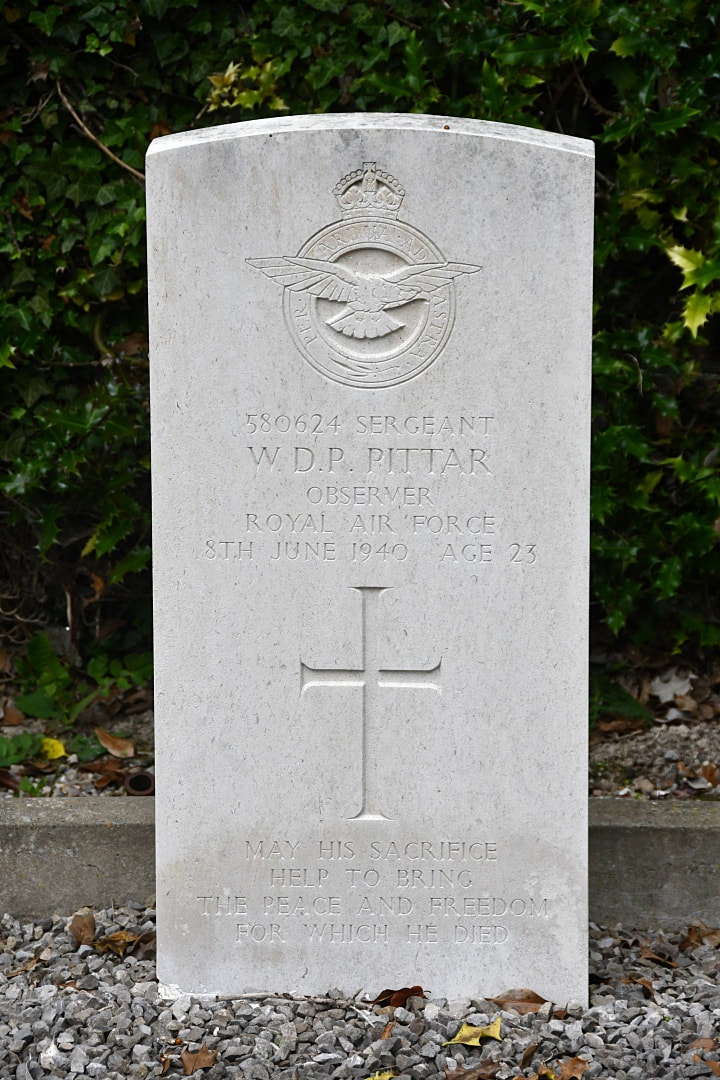 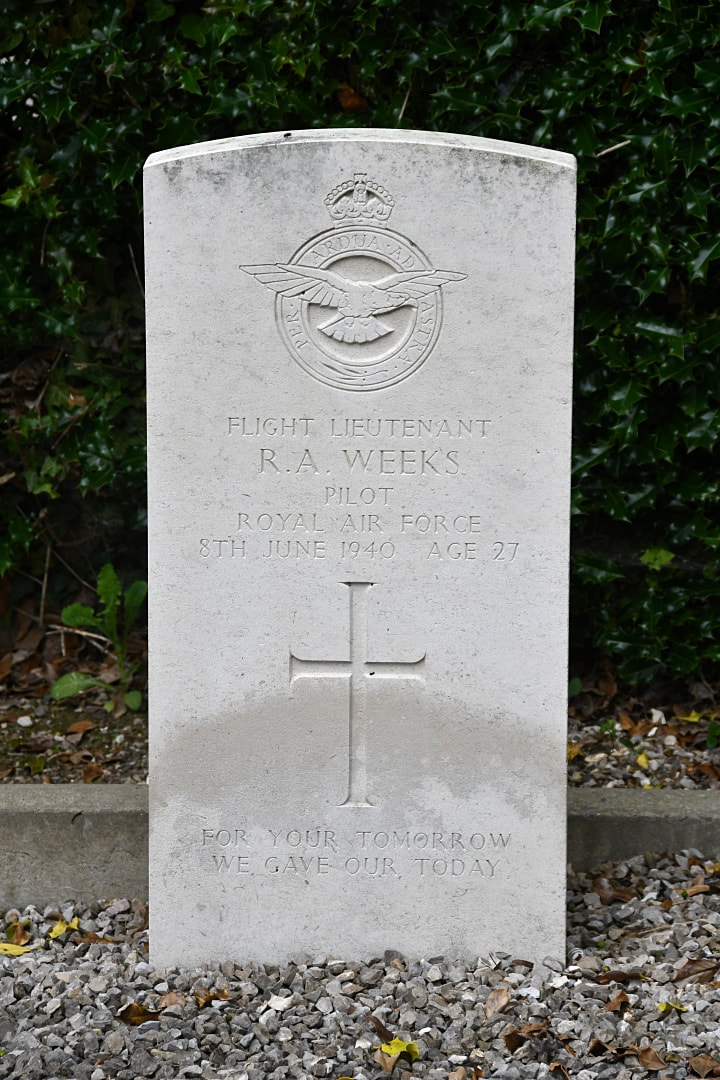 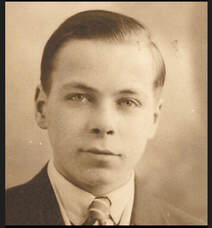 He was born on 27th September, 1912 making him 27 when he was killed. His mother and father were Richard Donald Robert Grant and Catherine Grant. 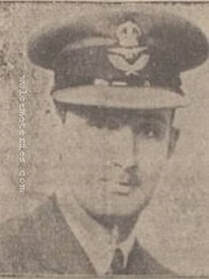 580624 Sergeant William David Parke Pittar, Observer in 150 Squadron, Royal Air Force, died 8th June 1940, aged 23. Son of William John and Wynne Ray Pittar, of Eversley, Northamptonshire. His headstone bears the inscription "May His Sacrifice Help To Bring The Peace And Freedom For Which He Died"
​