Éguzon is a village and commune some 26 miles (42 kilometres) south of Chateauroux, and 22 miles (35 kilometres) south-west of the town of La Chatre. The communal cemetery lies on the southern side of the village. There is 1 Commonwealth burial of the 1939-1945 war here, south-east of the entrance and south of the main path after descending the steps.

This man is a hero and thanks to a group of English people living here we know more about him. Born in Transylvania, father Ukrainian mother Hungarian. Becoming a French citizen and dying has a British soldier. ...

Thanks for keeping the memory. I have brought the bunch of flowers on in his grave one week ago​ (14th June 2020. 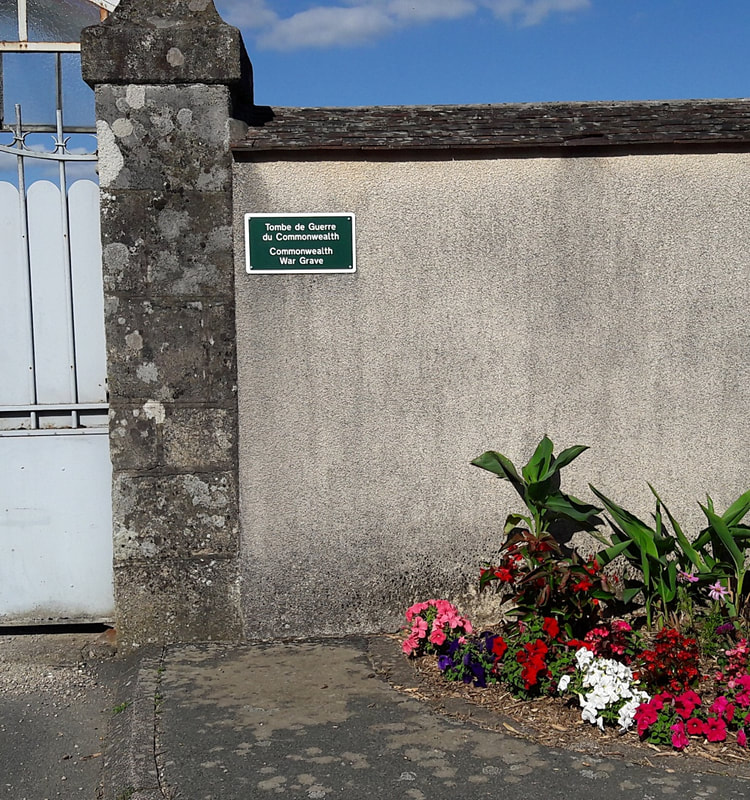 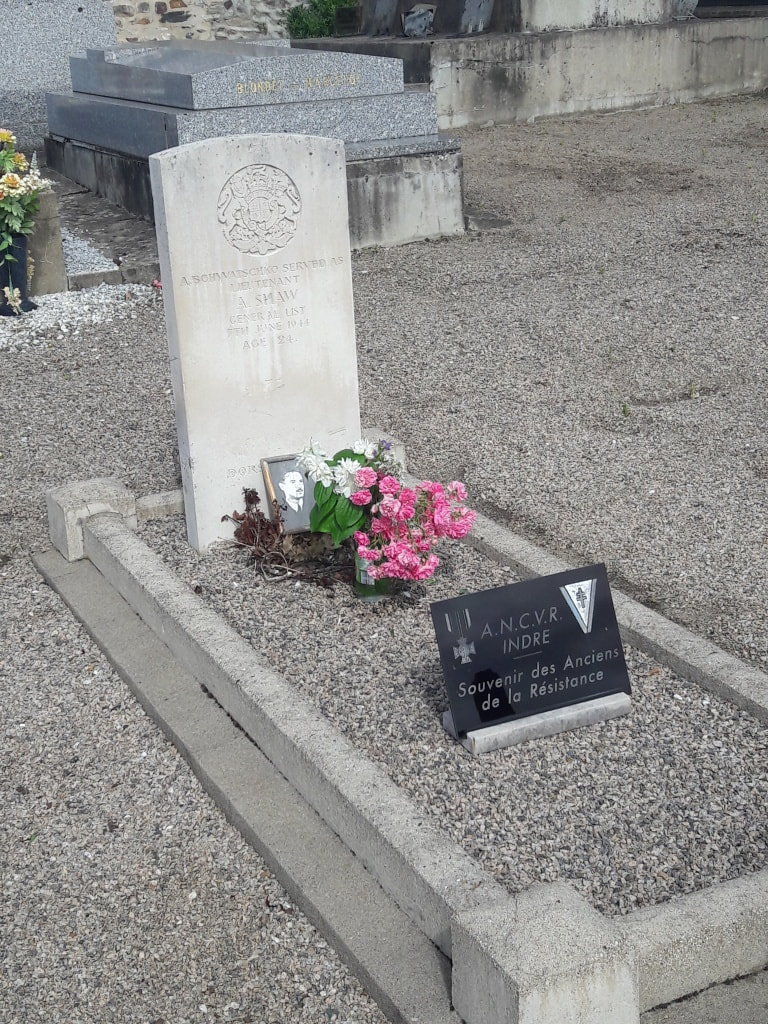 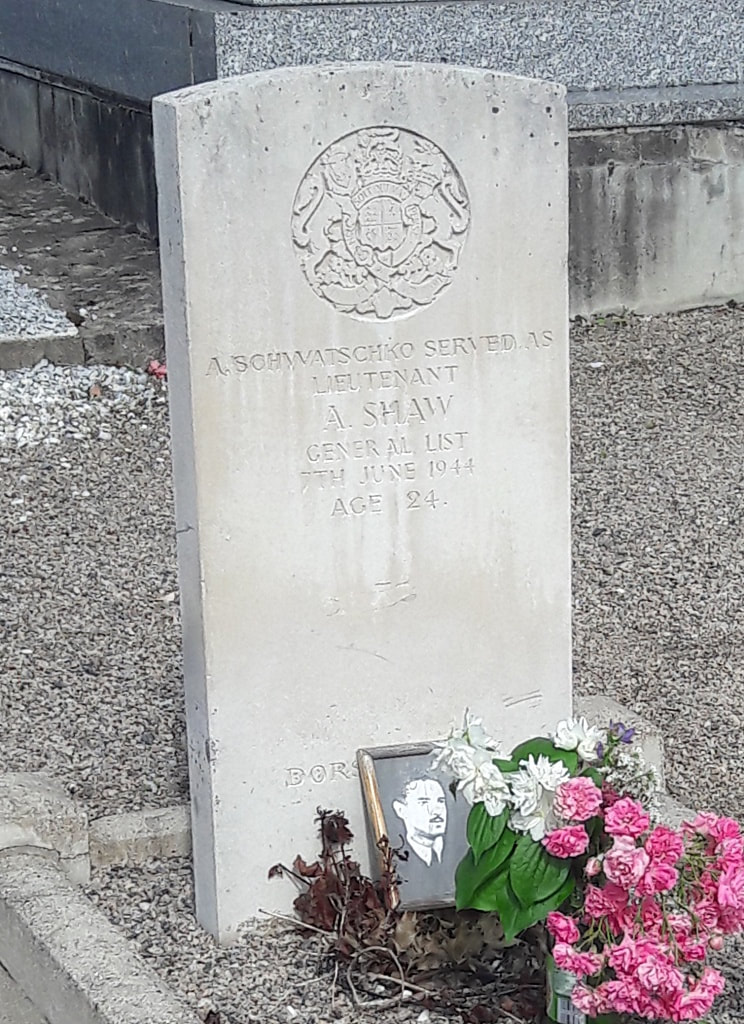 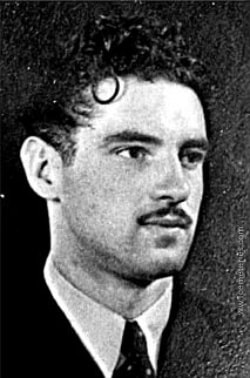 ​(Served as A. SHAW). Son of Jean and Yolan Schwatschko, of Uckange, Moselle, France.

Alexandre Schwatschko was born  on 19th July, 1919 in Cluj, Romania to a Hungarian mother and a Russian father.

His mother died when he was young and from 1922 Schwatschko lived with his father and sister, also Yolan, in France to where his father had already gone to work.  He went to school in Metz and in Châlons-sur-Marne where he attended engineering college and received his professional diploma in 1939. He was fluent in both Hungarian, French, Russian, German and Spanish.

When war broke out and the Germans invaded, Schwatschko developed a burning hatred of the invaders of his adopted homeland, joining the French Air Force and training as a pilot at Ystres.