The churchyard is in the centre of the village, and the graves of two British, two Canadian and three Australian airmen are opposite the entrance in the western part. 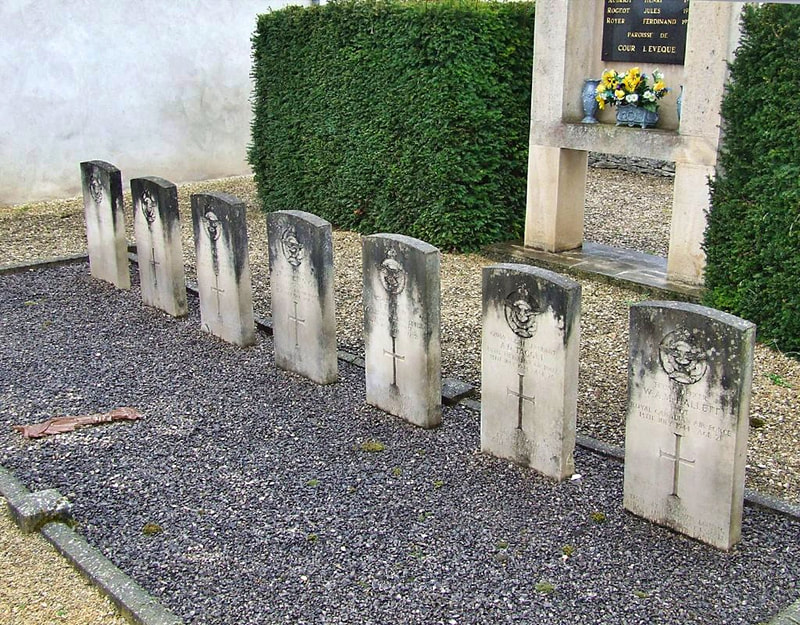 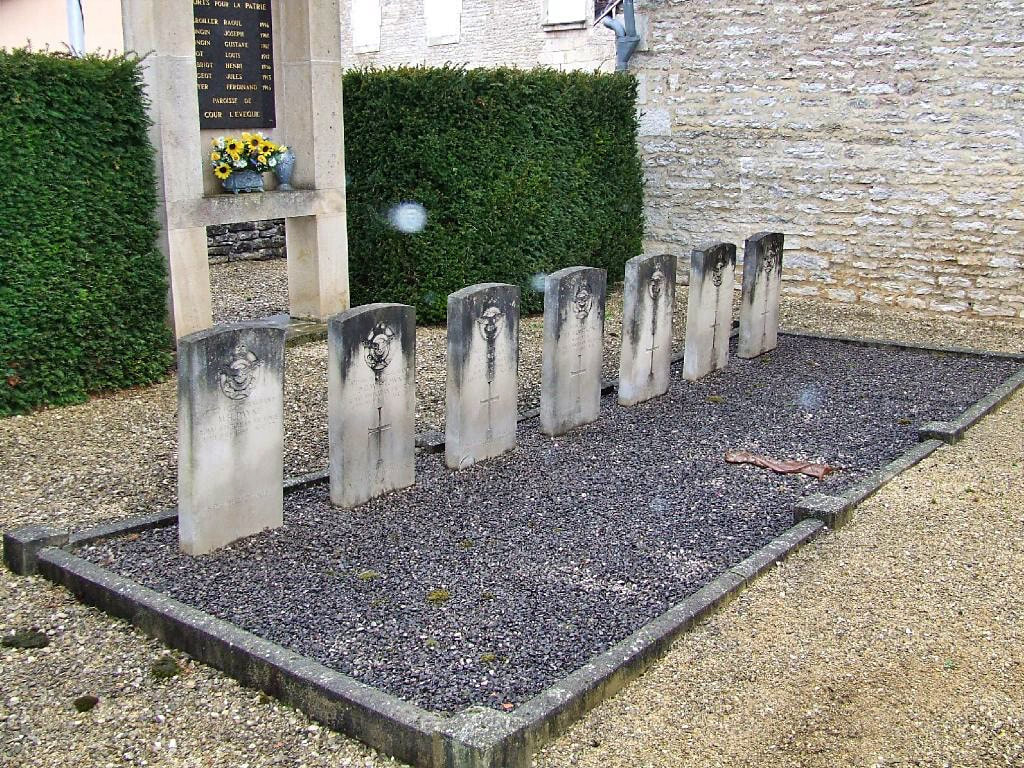 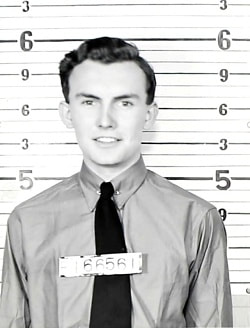 His headstone bears the inscription "Alive For Ever" 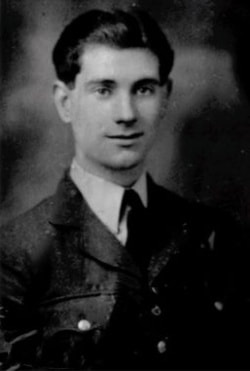 His headstone bears the inscription "Loving Saviour, Now He Is Thine, Love Him As I Loved Him With A Love Divine" 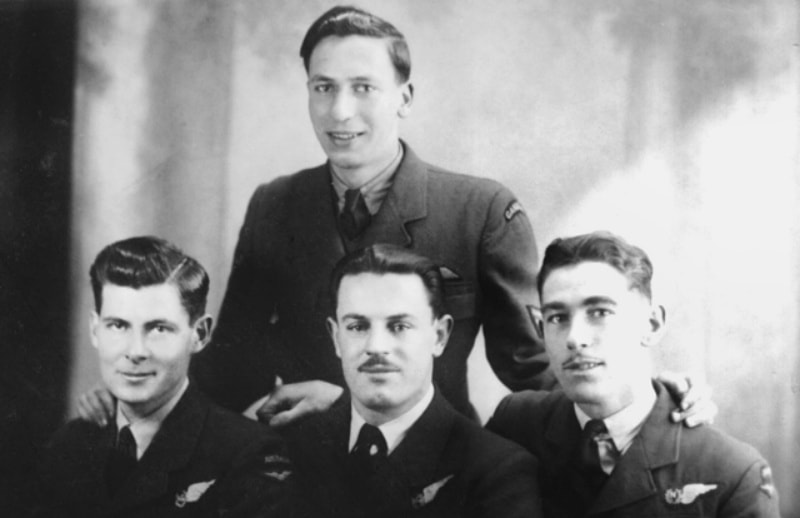 Studio group portrait of four air crew members of Lancaster WS-K (LM221), 9 Squadron, RAF.
​
Identified from left to right and buried in this churchyard are

J/85794 Flying Officer William Alfred Martin Hallett, 9 Squadron, Royal Canadian Air Force, killed 13th July 1944, aged 21. Son of William Hallett, and of Marie Anna Hallett, of Fort Vermilion, Alberta, Canada. his headstone bears the inscription "I Know That My Redeemer Loveth, And In The Last Day I Shall Rise Out Of The Earth"

The entire crew, including these four were killed during air operations over the Culmont - Chalindrey area, France, on 13 July 1944.