Lignerolles is a village and commune 44 kilometres north of Dijon, and 12 kilometres north of Recey-sur-Ource. The communal cemetery lies on the western side of the village, behind the church. It contains the graves of airmen from the United Kingdom to the left of the entrance.

Base: R.A.F. Coningsby, Lincolnshire
Unit: 83 Sqdn. Bomber Command
Aircraft: Lancaster Mk III, serial JA928
Target: Schweinfurt, Germany
Incident: Aircraft crashed at Lignerolles after being brought down by a German night fighter. Four airmen were killed. Three others parachuted to safety and were picked by the Maquis Group RENE but were captured on their escape route and taken prisoner. They were F. Sgt. J. Pinkney, Flying Off. F. Chadwick and F. Sgt. R. L. Griffiths. 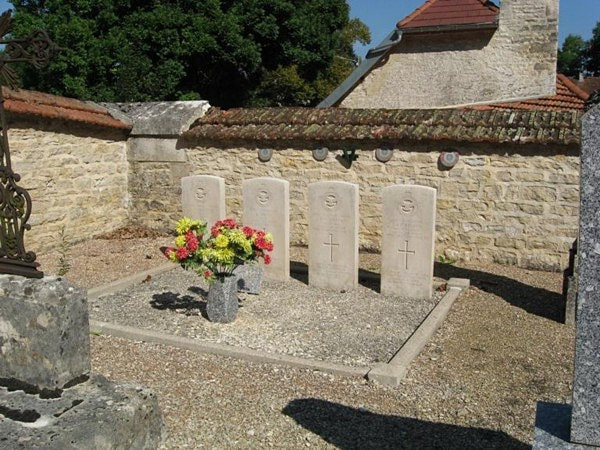 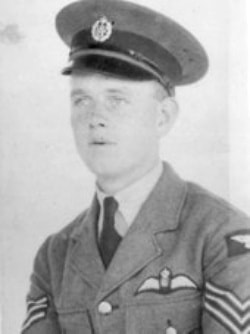