The village of Chaussee-Notre-Dame-Louvignies is located north of the town of Soignies off the N57. From the motorway A8 which runs between Brussels and Ath turn off onto the N55 direction Soignies. Follow this road to the junction with the N57 and turn onto the N57 direction Ath. Follow the N57 to a crossroads, Horrues is to the right and Louvignies to the left. Turn left into Chemin de l'Ardoisier and follow to the T junction. Turn left at the junction into rue Joseph Quintart and then first turning right into Rue Fouly, the communal cemetery is along on the right. The grave is located in the centre to the left of the main path.

This communal cemetery contains the grave of one Commonwealth airman of the Second World War. 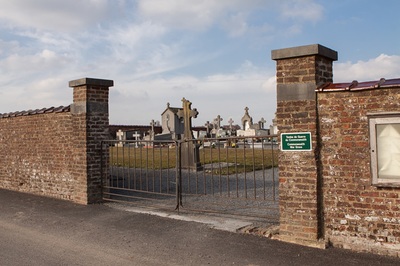 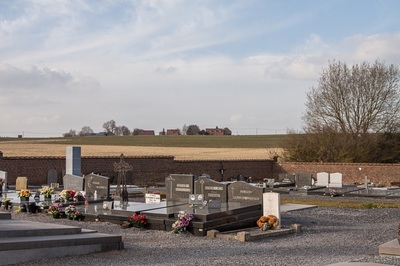 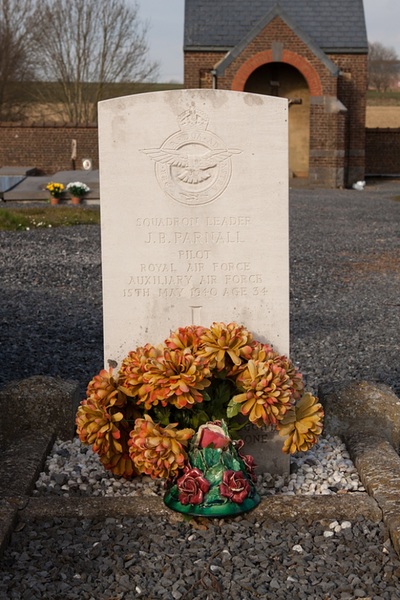 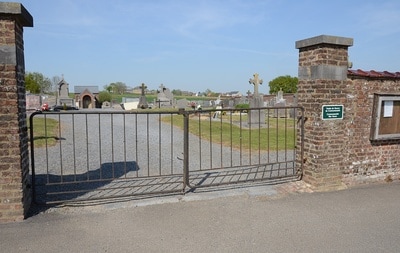 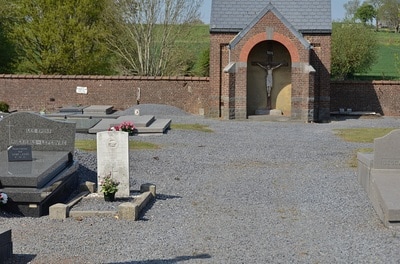 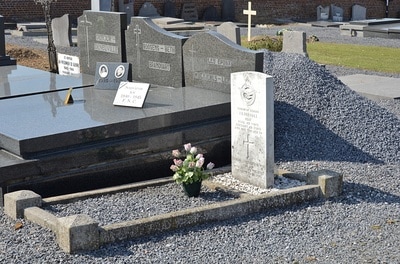 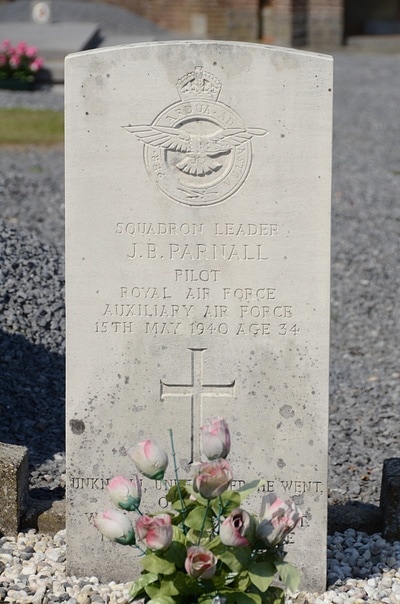