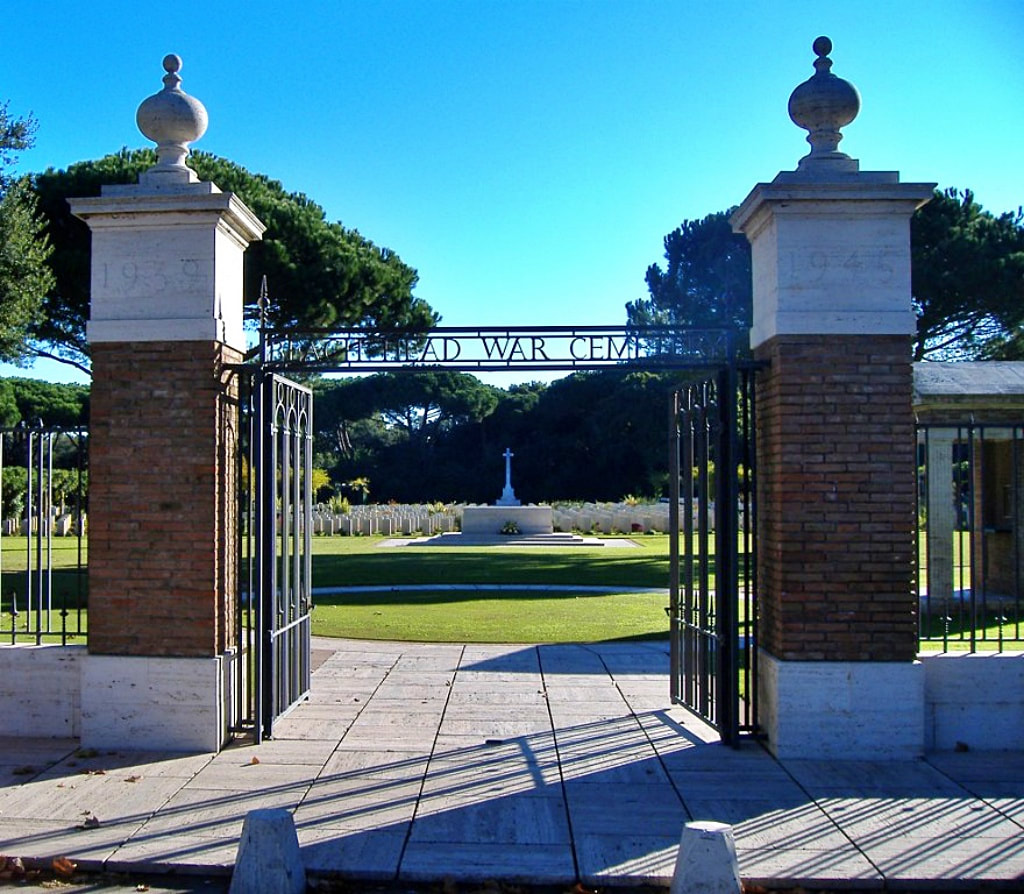 Picture used with the permission of the CWGC
​Location Information

Anzio is a coastal town 70 kilometres south of Rome.

To reach Anzio take the Route No.148 Superstrada Motorway, which runs between Rome and Latina. Turn off the Superstrada at the No.207, following the signs towards Anzio. The route is well signposted from the Superstrada.

The Cemetery lies 5 kilometres north of Anzio town on the No.207 and Commission signs are visible 150 metres from the cemetery. There is a small parking area at the main entrance.

Beach Head War Cemetery should not be confused with Anzio War Cemetery which lies just off the No.207, 1 kilometre north of Anzio just close to the communal cemetery of Anzio.

A Visitor Information Panel has been installed at this site. The panel features information about the cemetery and a QR (Quick Response) code. When scanned with a smartphone, the QR Code provides access to further information, including the personal stories of some of the casualties buried or commemorated at Anzio Beach Head War Cemetery.

Progress through southern Italy was rapid despite stiff resistance, but by the end of October, the Allies were facing the German winter defensive position known as the Gustav Line, which stretched from the river Garigliano in the west to the Sangro in the east. Initial attempts to breach the western end of the line were unsuccessful. Operations in January 1944 landed troops behind the German lines at Anzio, but defences were well organised, and a breakthrough was not actually achieved until May.

The site of the cemetery originally lay close to a casualty clearing station. Burials were made direct from the battlefield after the landings at Anzio and later, after the Army had moved forward, many graves were brought in from the surrounding country.

Beach Head War Cemetery contains 2,316 Commonwealth burials of the Second World War, 295 of them unidentified. There is also one First World War burial which was brought into the cemetery from Chiete Communal Cemetery near Rome. 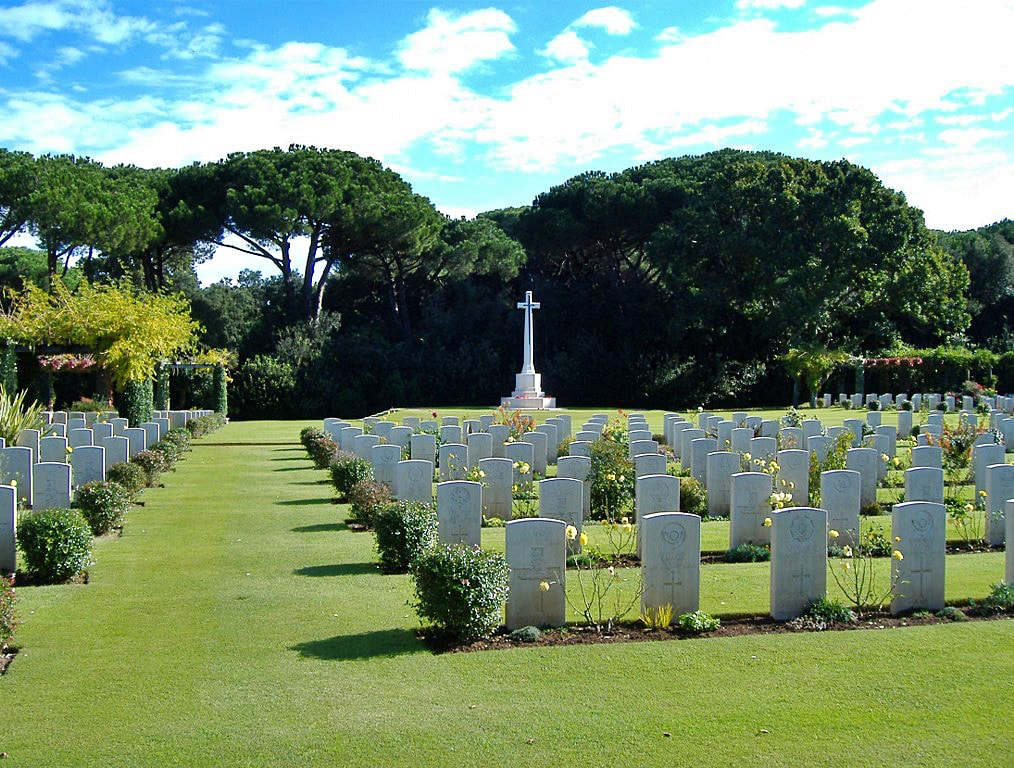 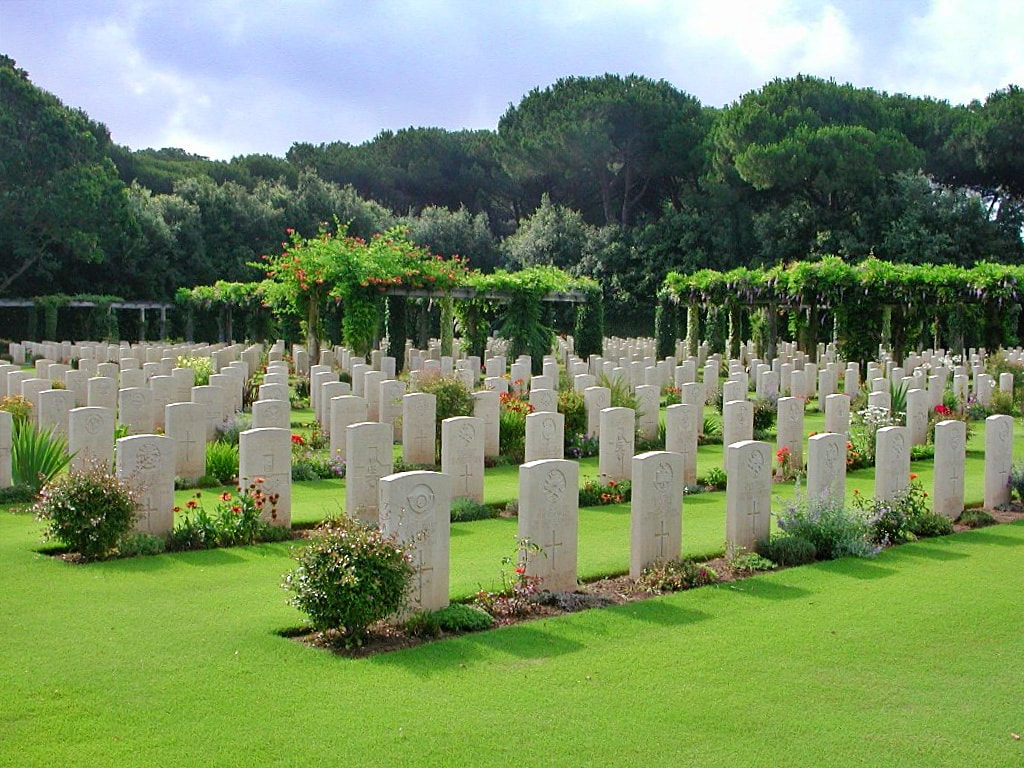 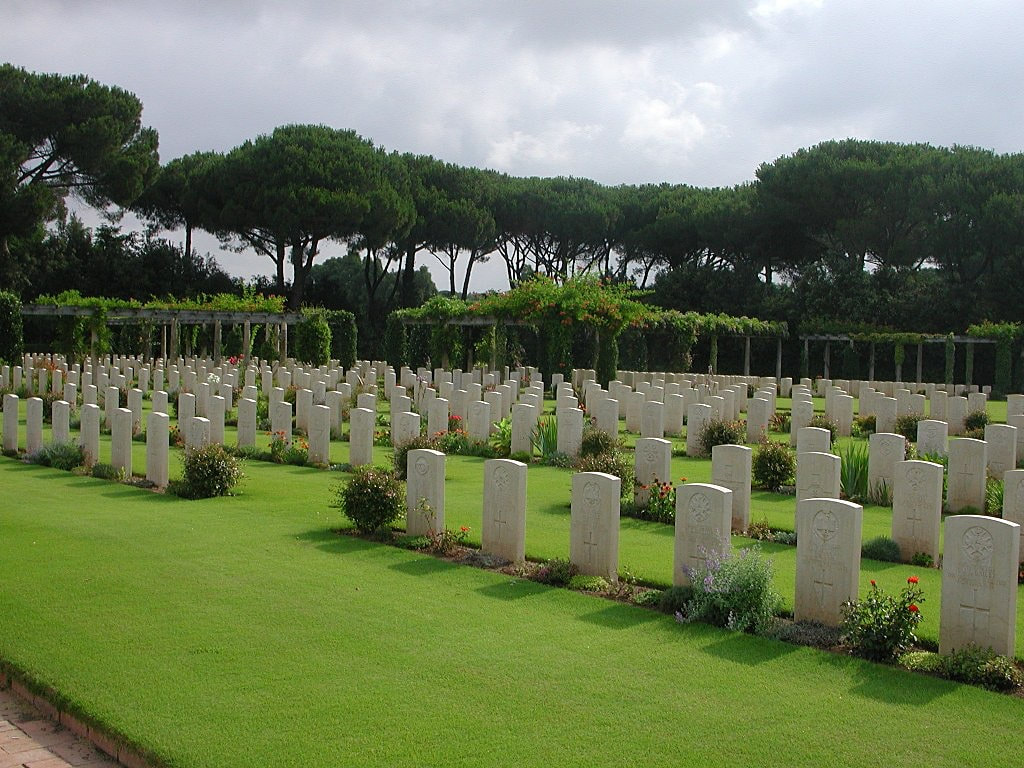 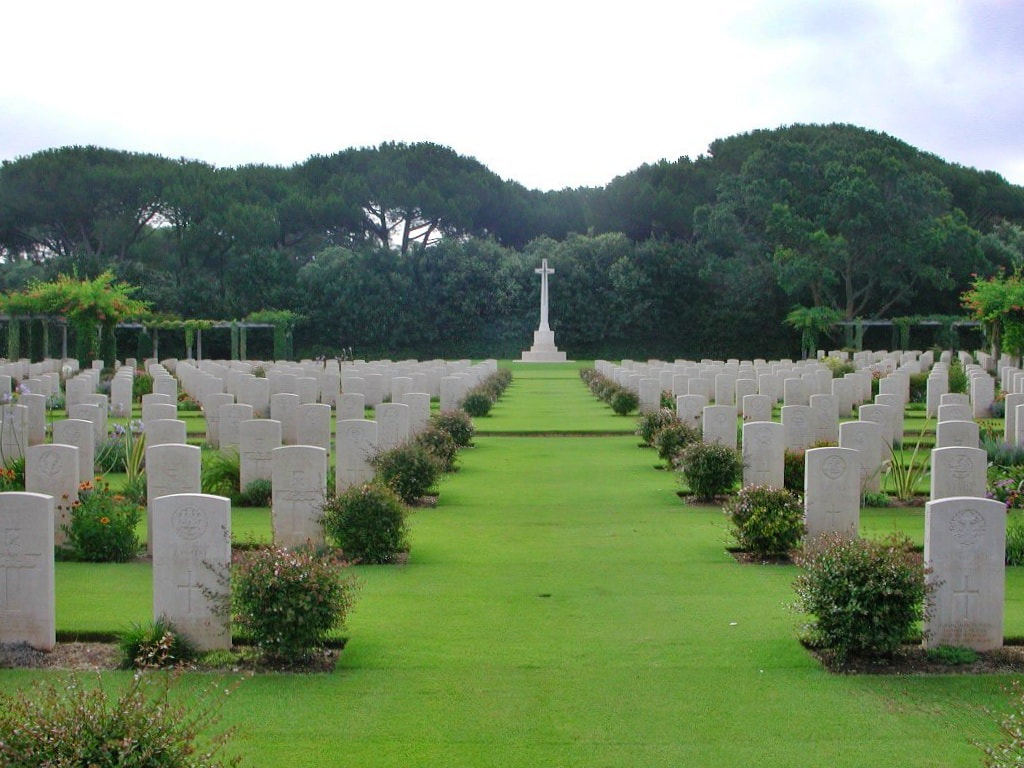 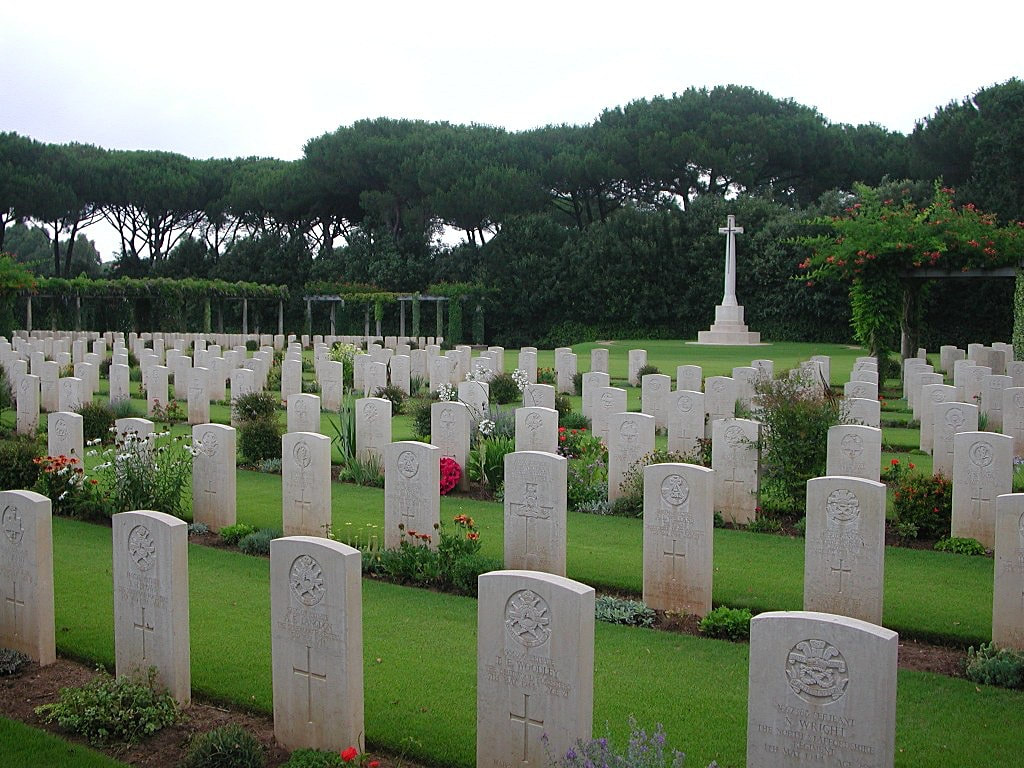 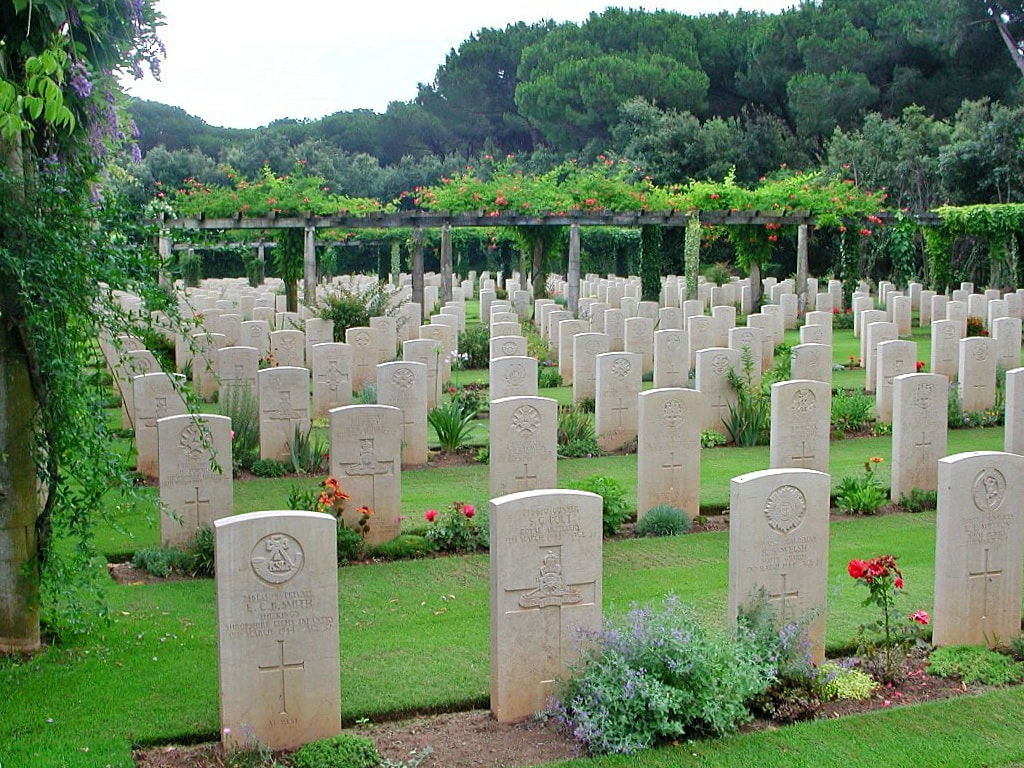 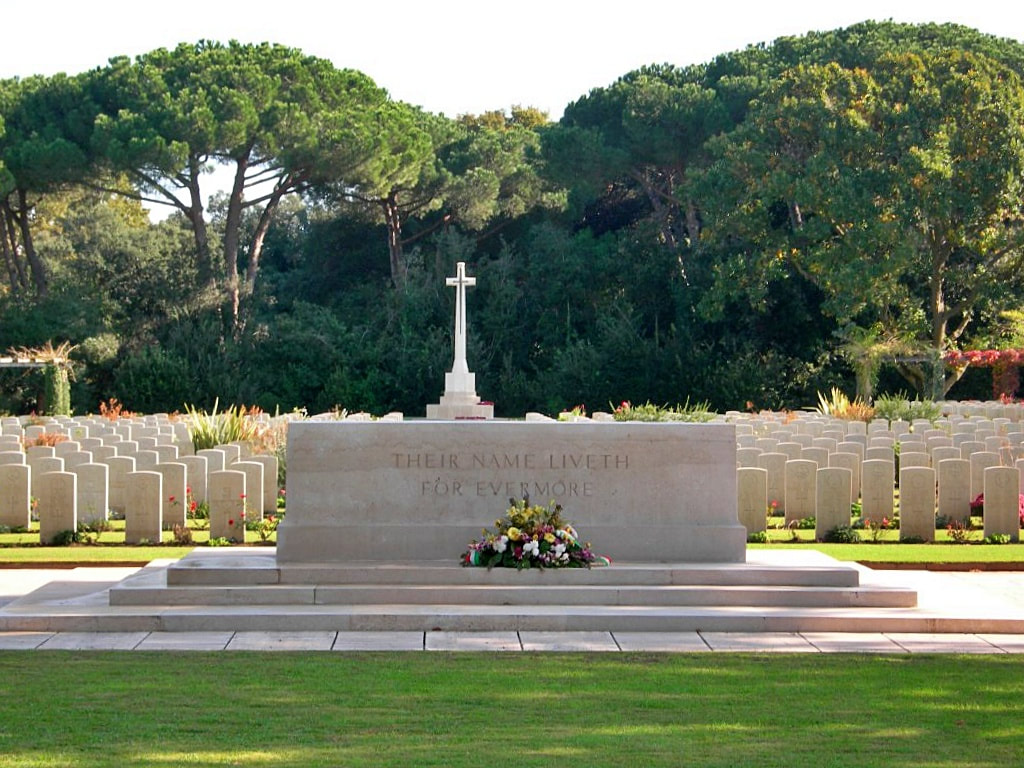 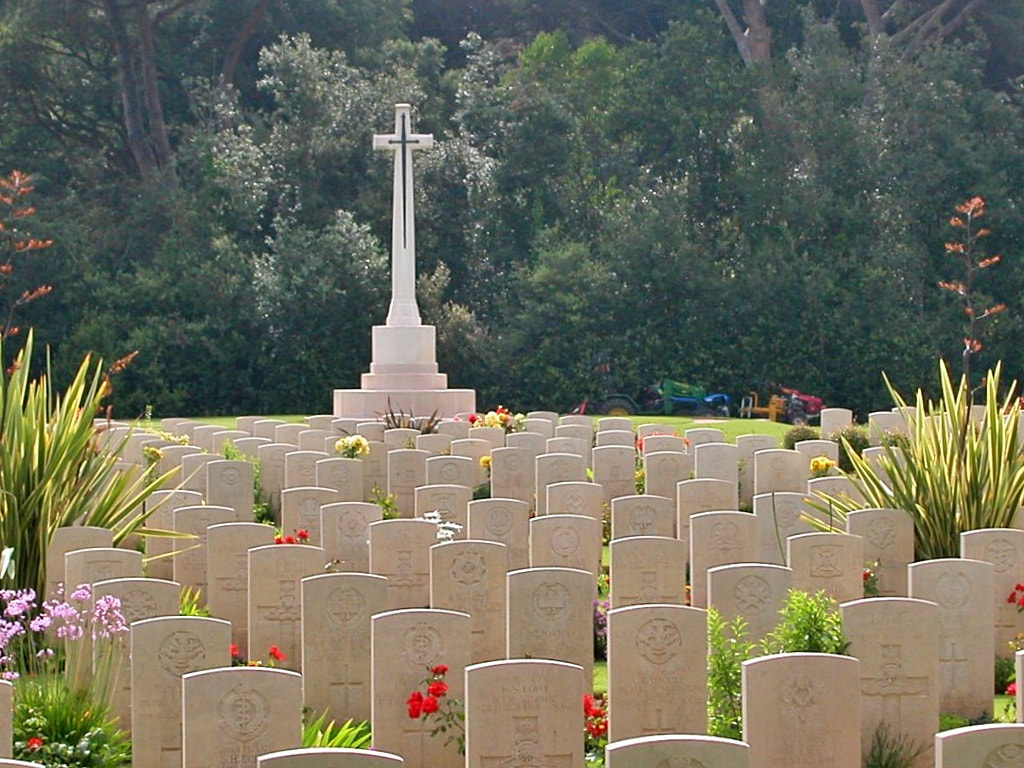 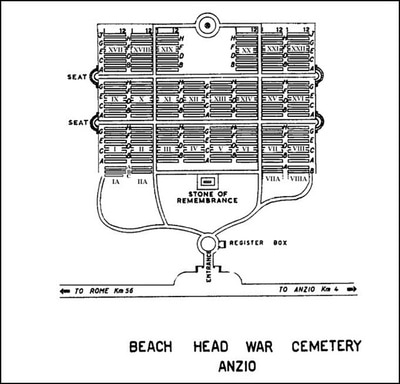 His headstone bears the inscription In Memory Of My Beloved Husband. May We Be Together Soon, Dear "Peace At Last"

​The citation in the London Gazette of 8th August, 1944, gives the following details; In Italy, a battalion of the Wiltshire Regiment was ordered to attack high ground held by the enemy. The carrier platoon of the leading company, dismounted were ordered to capture the final objective. They advanced under intense fire and sustained a number of casualties. The platoon, checked by the enemy's wire and the intensity of his machine-gun fire, took cover some 70 yards short of their objective. Serjeant Rogers continued to advance alone, and penetrated 30 yards inside the enemy's defences, drawing their fire and throwing them into confusion. Inspired by his example, the platoon began the assault. Serjeant Rogers was blown off his feet by a grenade, and wounded in the leg. Nothing daunted, he ran on towards an enemy machine-gun post, attempting to silence it. He was shot and killed at point blank range. This N.C.O.'s undaunted determination, fearless devotion to duty and superb courage carried his platoon on to their objective in a strongly defended position. The great gallantry and heroic self-sacrifice of Serjeant Rogers were in the highest tradition of the British Army. 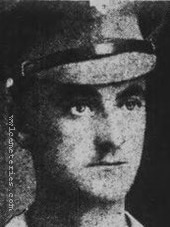 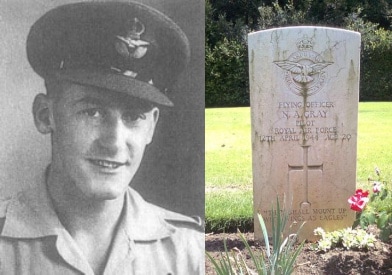 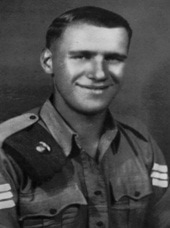 
In memory of an uncle, brother and dear cousin, Eric Lewis (War Veteran) 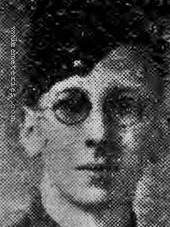