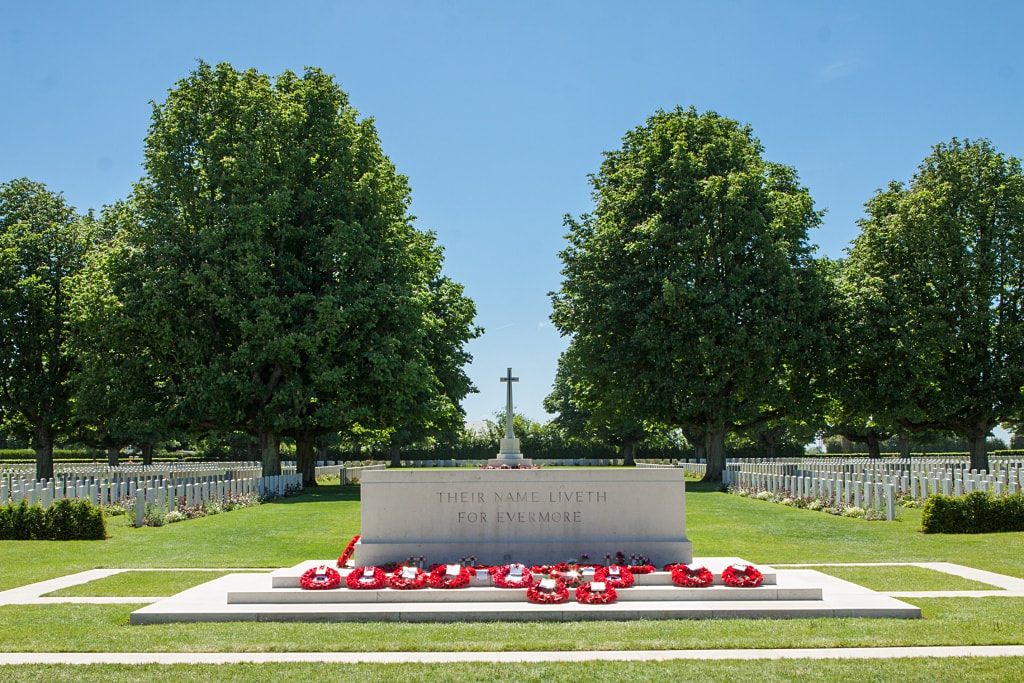 The town of Bayeux, in Normandy, lies 30 kilometres north-west of Caen. Bayeux War Cemetery is situated in the south-western outskirts of the town on the by-pass (D5), which is named Boulevard Fabian Ware. On the opposite side of the road stands the Bayeux Memorial.

Wheelchair access is possible via the main entrance and from an additional entrance from the street to the left of the cemetery.

There was little actual fighting in Bayeux although it was the first French town of importance to be liberated. Bayeux War Cemetery is the largest Commonwealth cemetery of the Second World War in France and contains burials brought in from the surrounding districts and from hospitals that were located nearby.

BAYEUX WAR CEMETERY, which was completed in 1952, contains 4,144 Commonwealth burials of the Second World War, 338 of them unidentified. There are also over 500 war graves of other nationalities, the majority German.

The BAYEUX MEMORIAL stands opposite the cemetery and bears the names of more than 1,800 men of the Commonwealth land forces who died in the early stages of the campaign and have no known grave. They died during the landings in Normandy, during the intense fighting in Normandy itself, and during the advance to the River Seine in August. 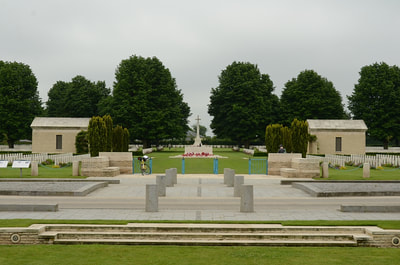 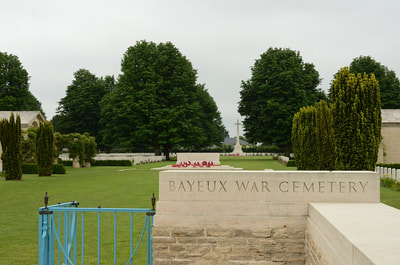 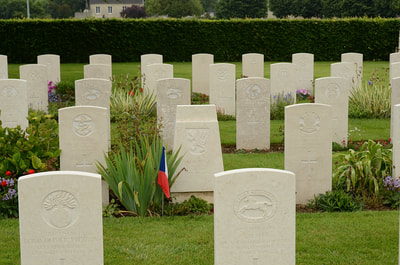 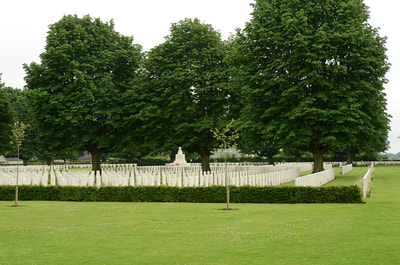 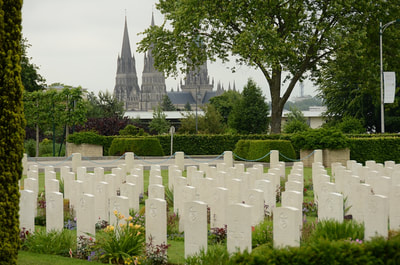 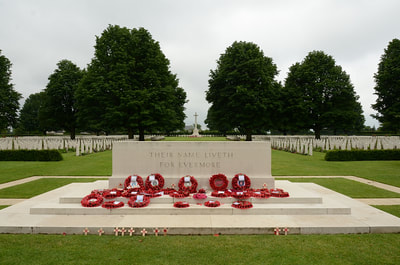 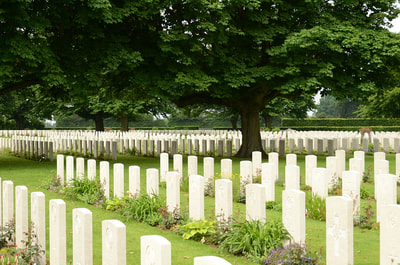 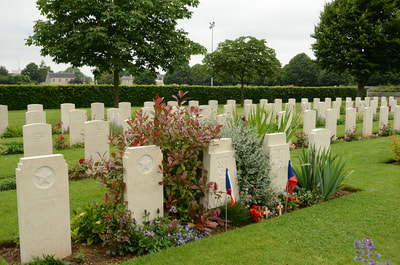 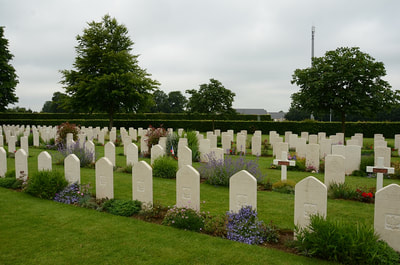 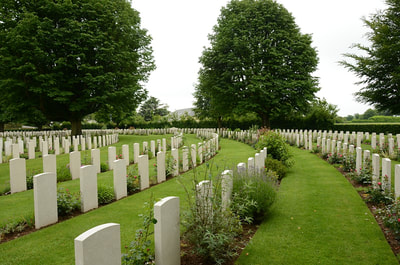 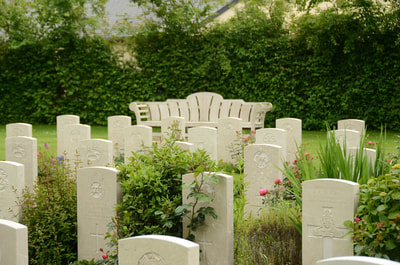 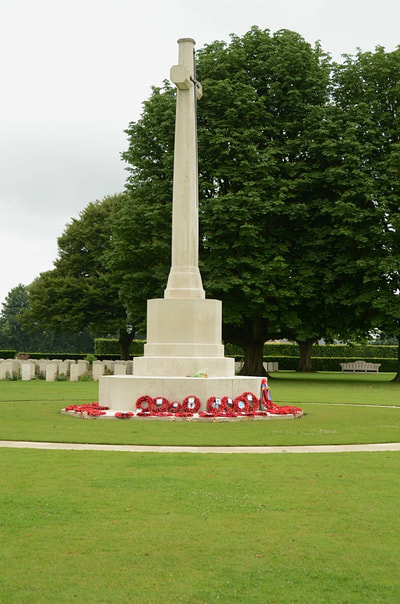 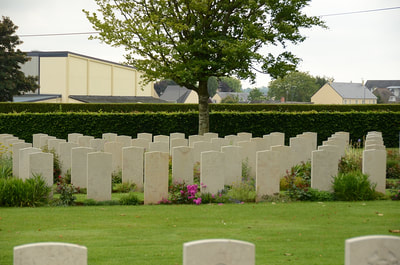 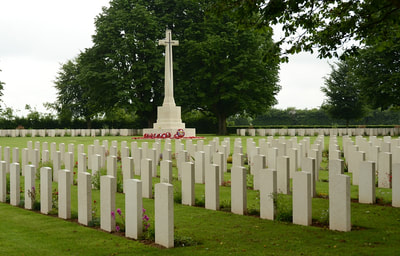 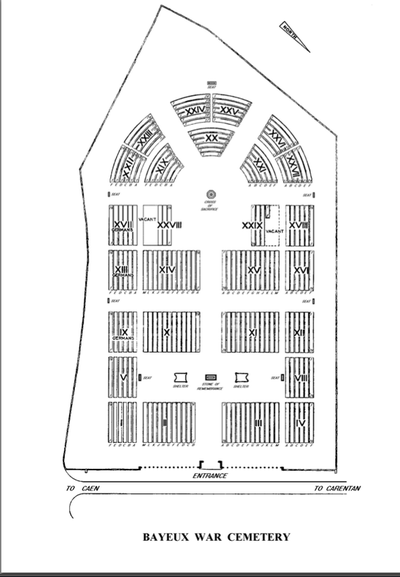 Son of Frederick and Gladys May Bates, of Camberwell, London

Citation: The citation in the London Gazette of 2nd November, 1944, gives the following details :- In North-West Europe on 6th August, 1944, the position held by a battalion of the Royal Norfolk Regiment near Sourdeval was heavily attacked. Corporal Bates was commanding a forward section of the left forward company which suffered some casualties, so he decided to move the remnants of his section to an alternative position from which he could better counter the enemy thrust. As the threat to this position became desperate, Corporal Bates seized a light machine-gun and charged, firing from the hip. He was almost immediately wounded and fell, but he got up and advanced again, though mortar bombs were falling all round him. He was hit a second time and more seriously wounded, but he went forward undaunted, firing constantly till the enemy started to fall back before him. Hit for the third time, he fell, but continued firing until his strength failed him. By then the enemy had withdrawn and Corporal Bates, by his supreme gallantry and self-sacrifice, had personally saved a critical situation. He died shortly afterwards of the wounds he had received. 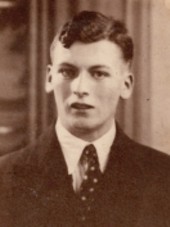 For my Uncle Albert who I never met as he died soon after I was born, he died so young but he was so brave, I am sorry I never met this wonderful man.  Rest In Peace.

On behalf of all the family I have dedicated this photo and these few words.

Ann would be delighted to hear from any of Albert’s relatives so she can share her family history with them.  Please contact us by email and we will pass on details. 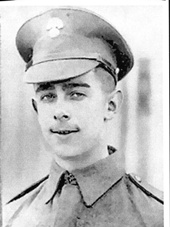 Remembered by the Pole Family 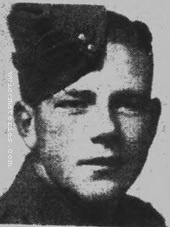 Son of John Robert and Elizabeth Skinner, of Loveclough, Lancashire.