Arques is a village and commune 31 miles (50 kilometres) east of Boulogne and 2 miles (4 kilometres) east of St. Omer, a town at the junction of the N.42. (Boulogne-Lille) and N.43 (Calais-Douai) roads. St. Omer has good road and rail communications with both ports and with Lille, Arras and other important towns in the north of France. Arques is on the Lille-St. Omer bus route. Although it has a railway station on the Lille-St. Omer line the most convenient station is St. Omer, where taxis are available. The Churchyard forms part of the Communal Cemetery and is at the junction of Rue Adrein Davies and Avenue de la Liberation.

The British graves in this churchyard are about 80 yards north-west of the north-western corner of the church. The burials are eight in number, seven soldiers from the United Kingdom of whom two are not identified and a member of the British Overseas Airways Corporation.

4267024 Corporal George Eastlake, 9th Bn. Royal Northumberland Fusiliers, died 23rd May 1940, aged 29. Son of William and Harriet Eastlake; husband of Violet Eastlake, of Lynemouth, Northumberland. His headstone bears the inscription "To Thee, O Lord, I Lift My Prayer And Leave My Loved One In Thy Care"

Captain John Mathew Hampden Hoare, British Overseas Airways Corporation, died 23rd May 1940. Son of Lt. Col. Arthur Fanshawe Hoare, C.B., and Gertrude Jane Katharine Hoare, of Harrow, Middlesex. B.A. (Cantab). His headstone bears the inscription "All The Trumpets Sounded For Him On The Other Side" 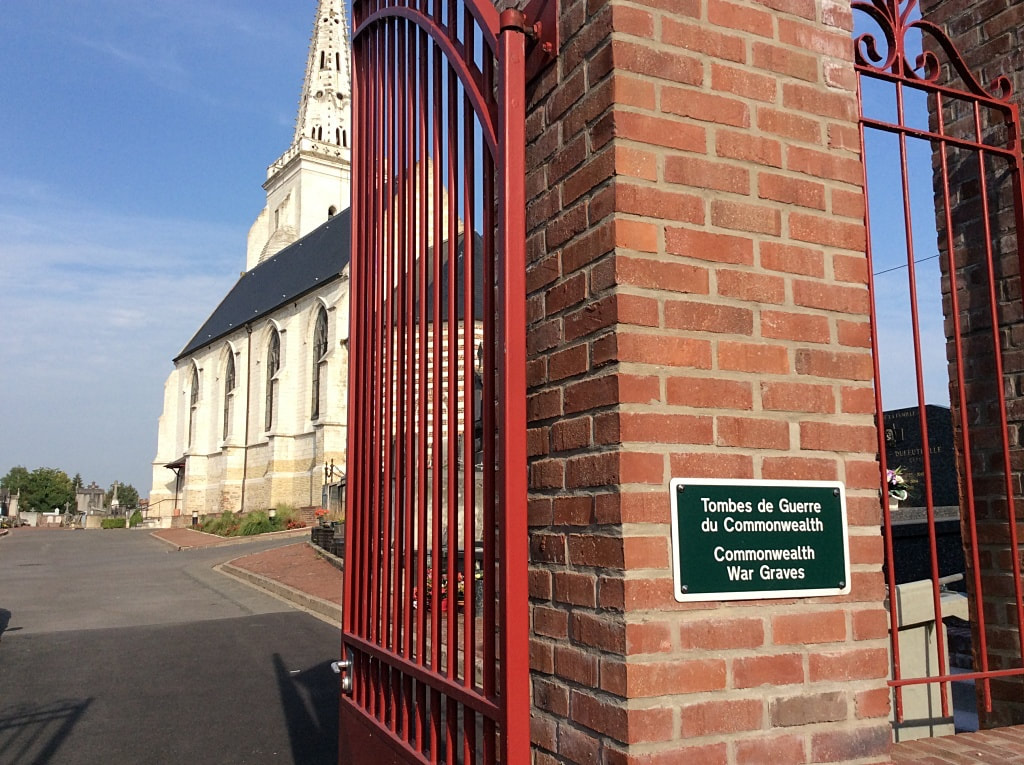 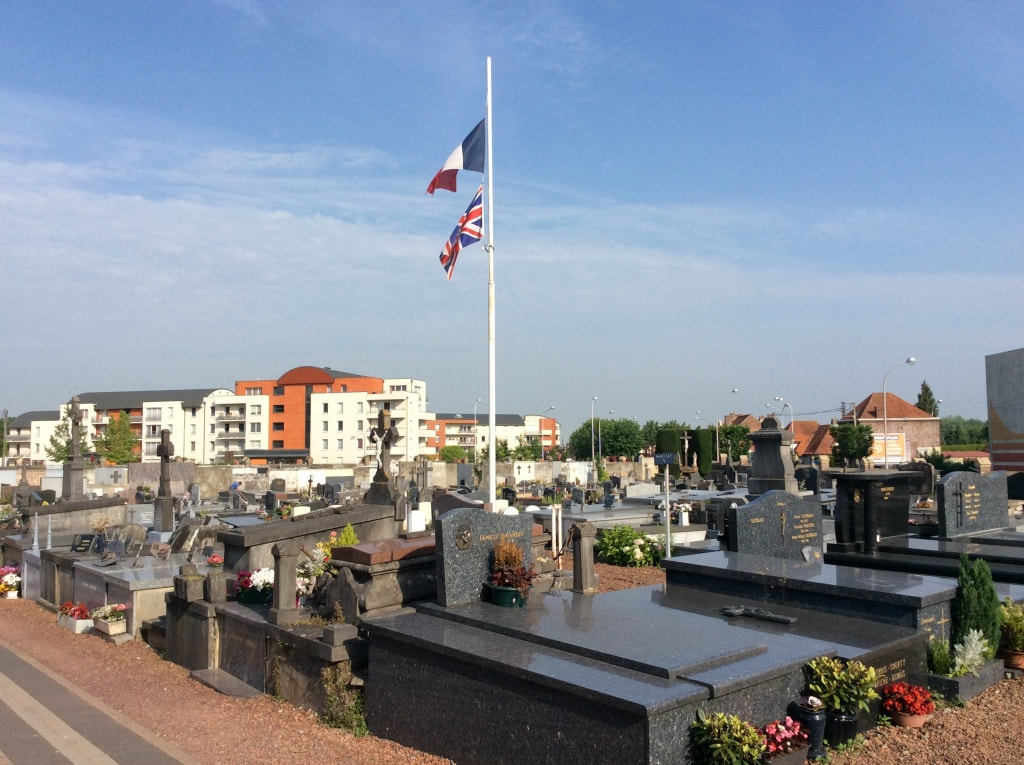 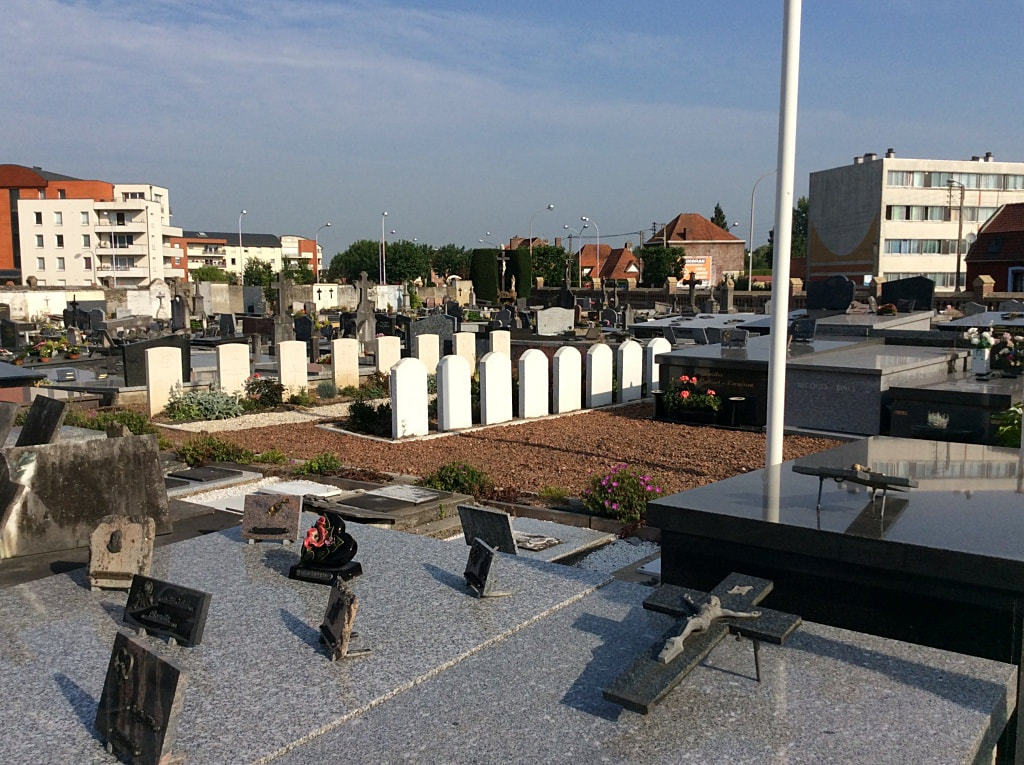 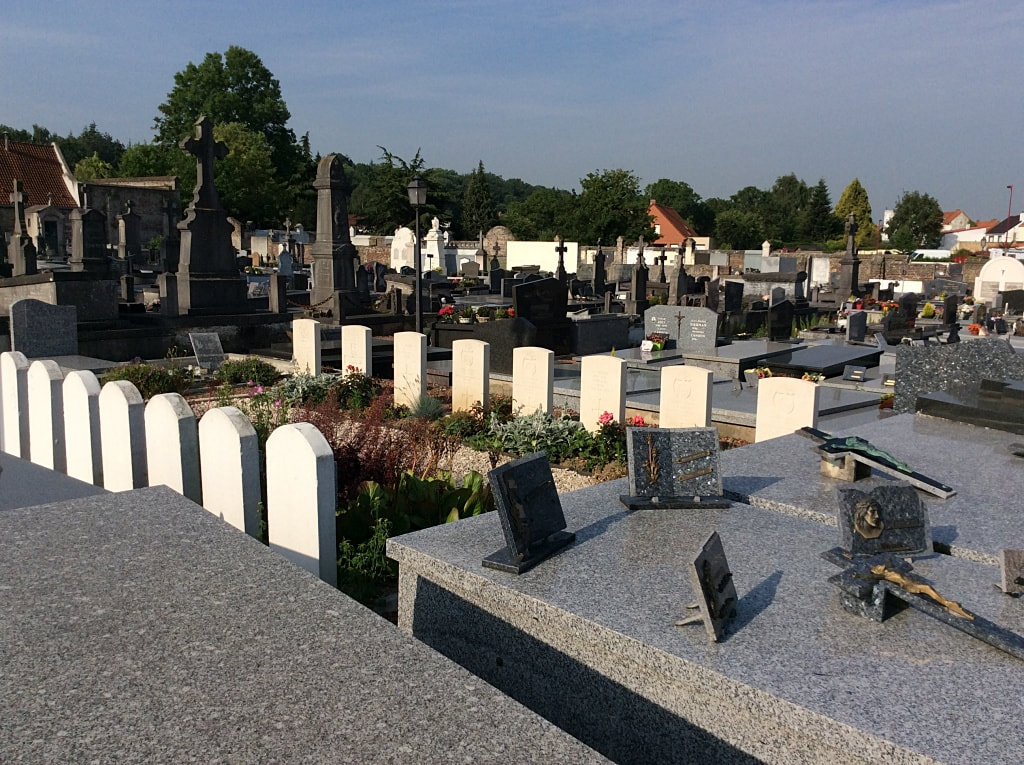 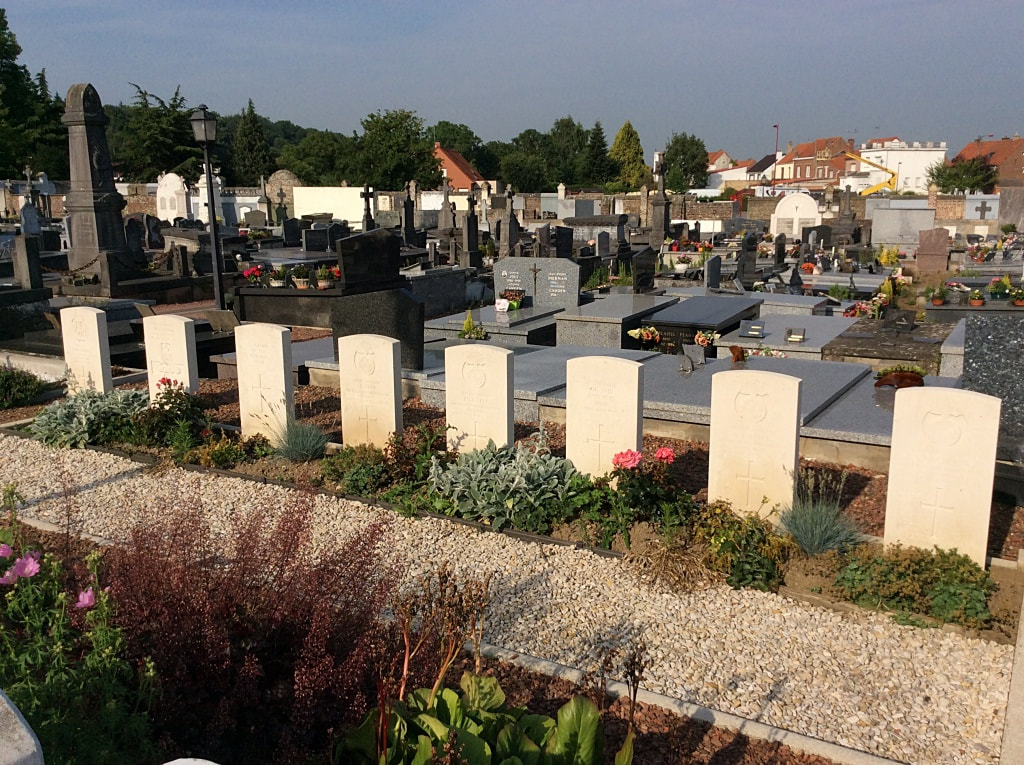 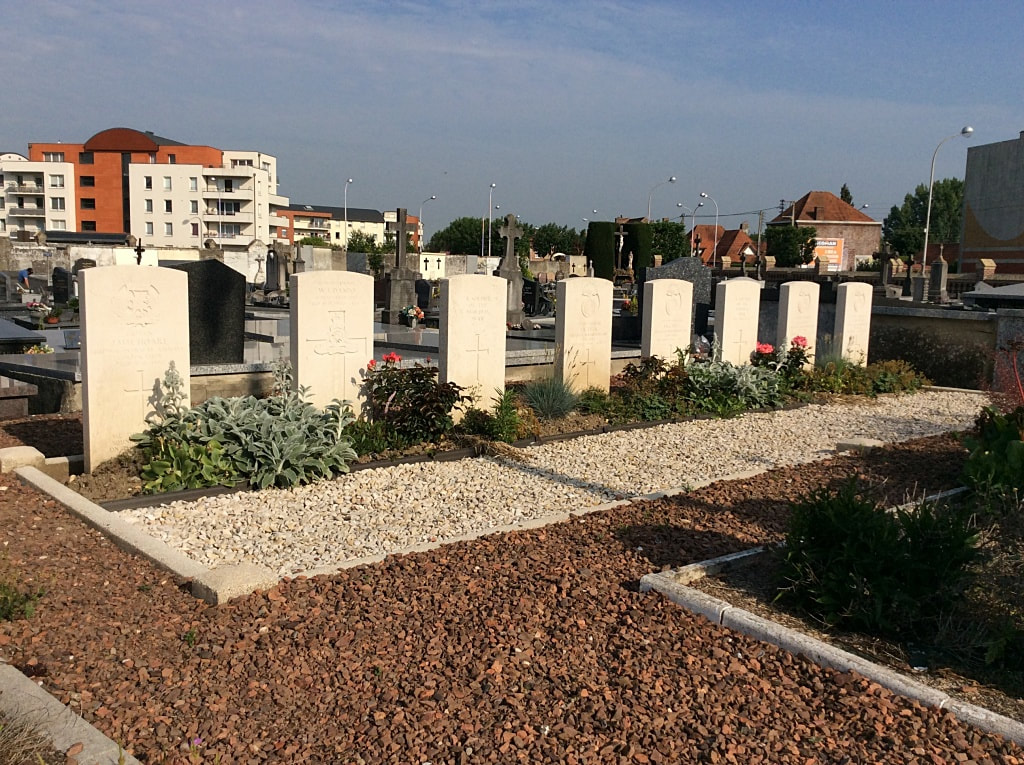 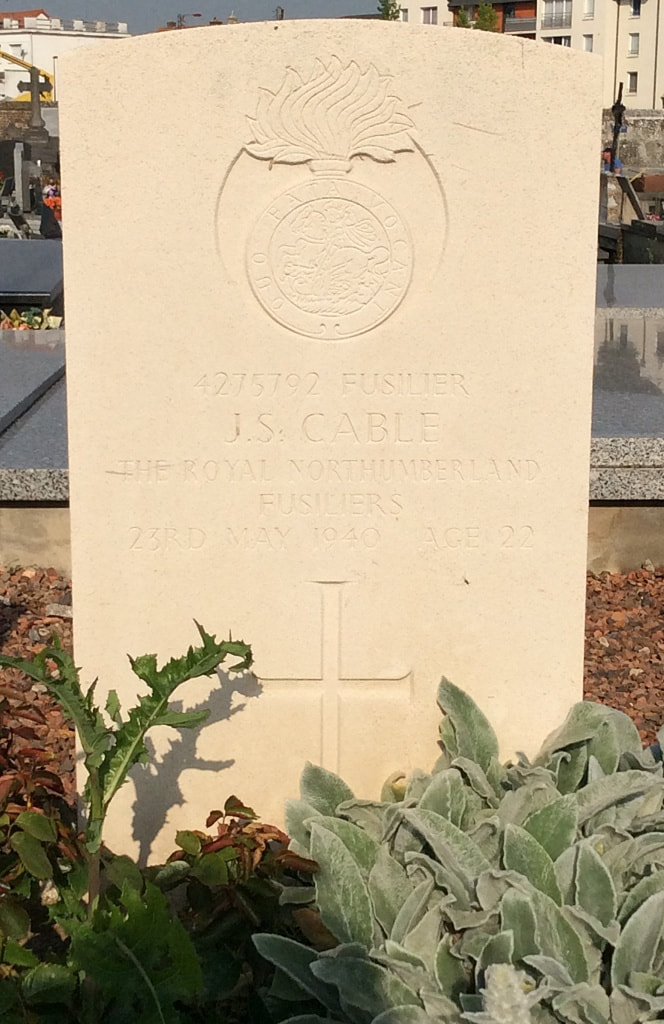 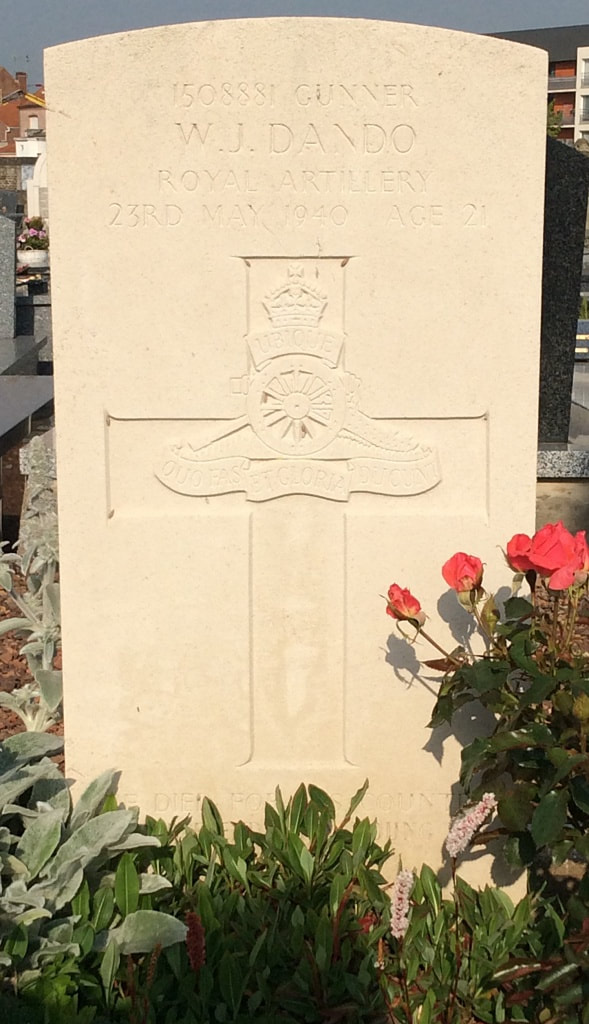 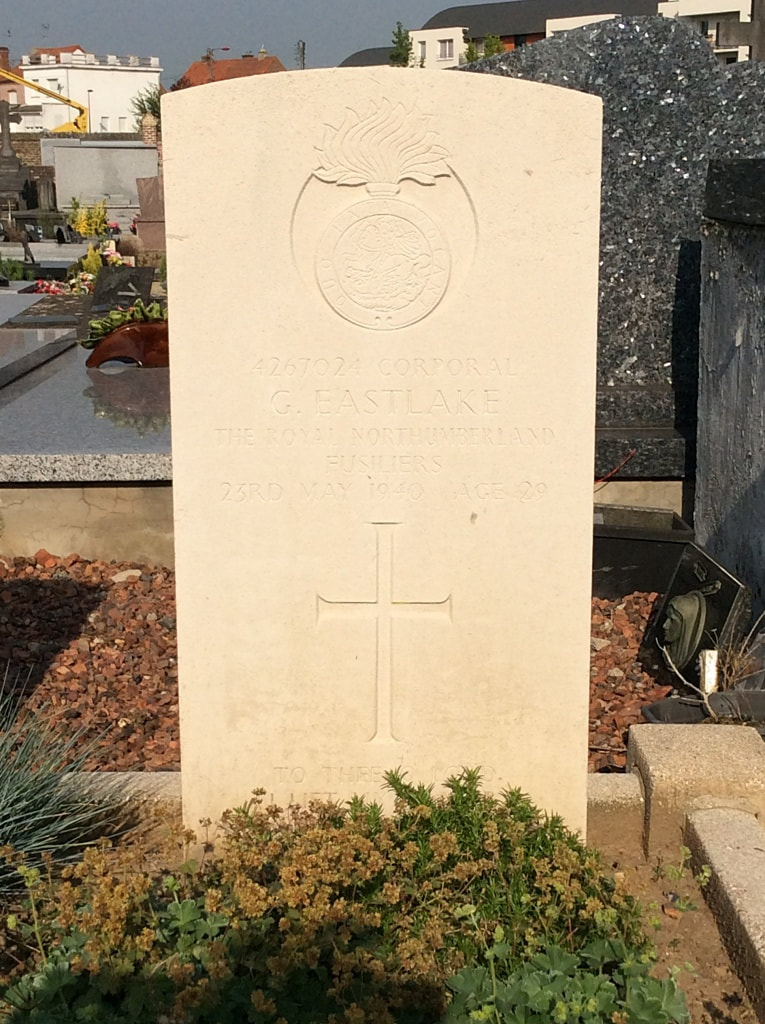 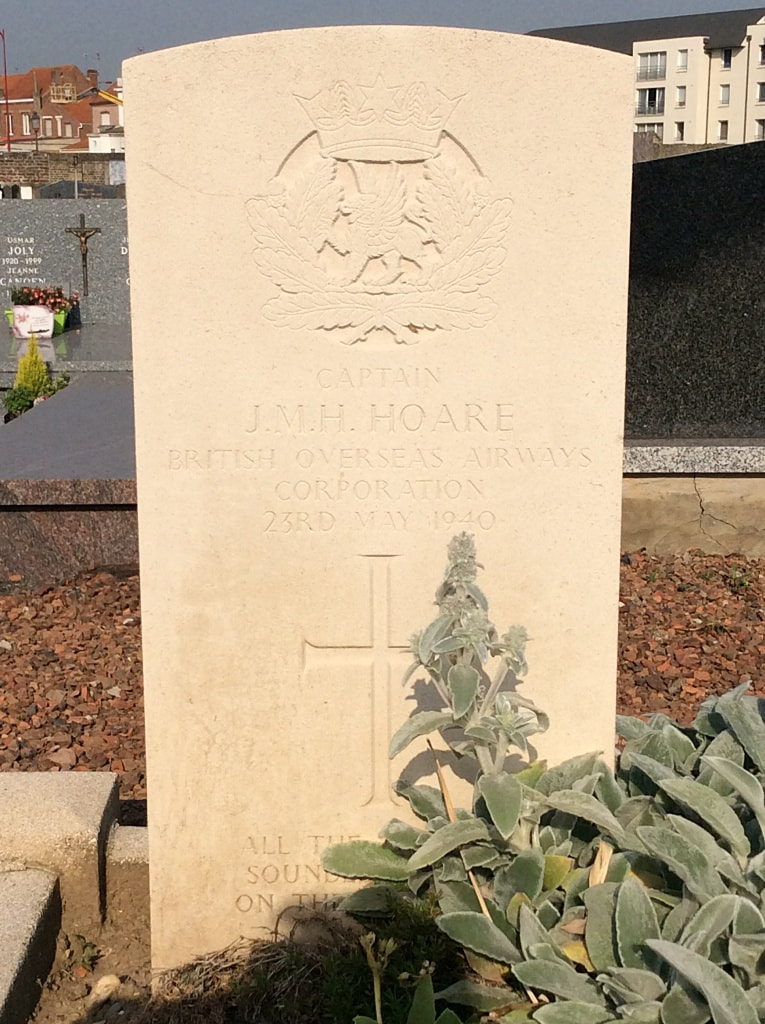 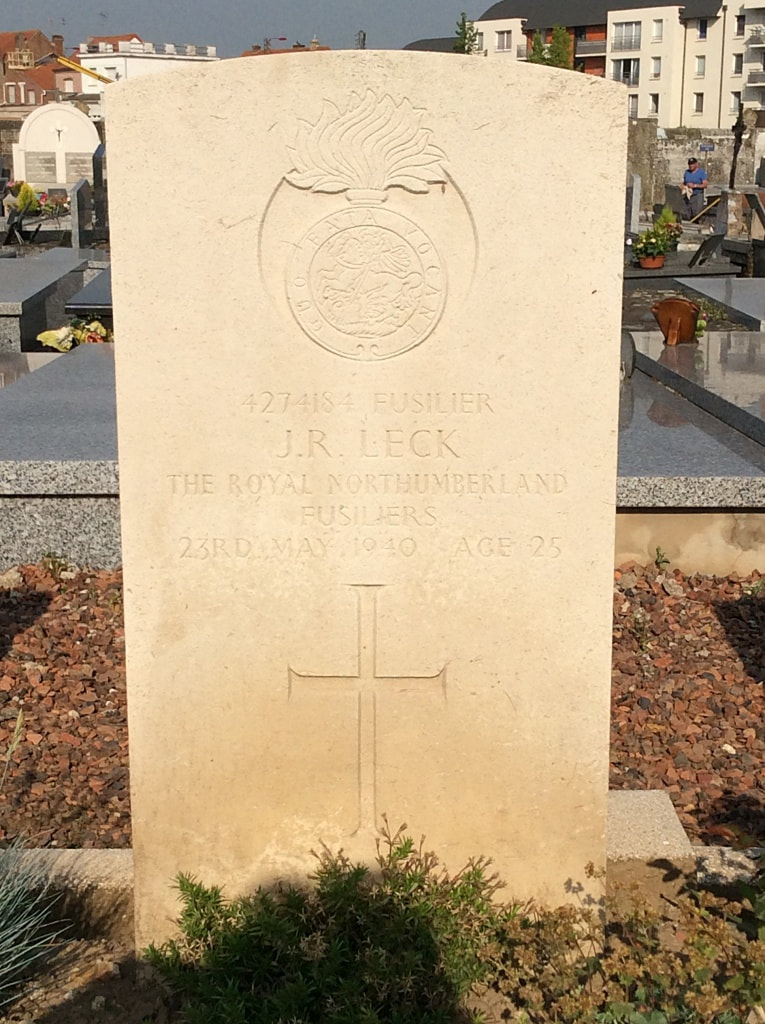 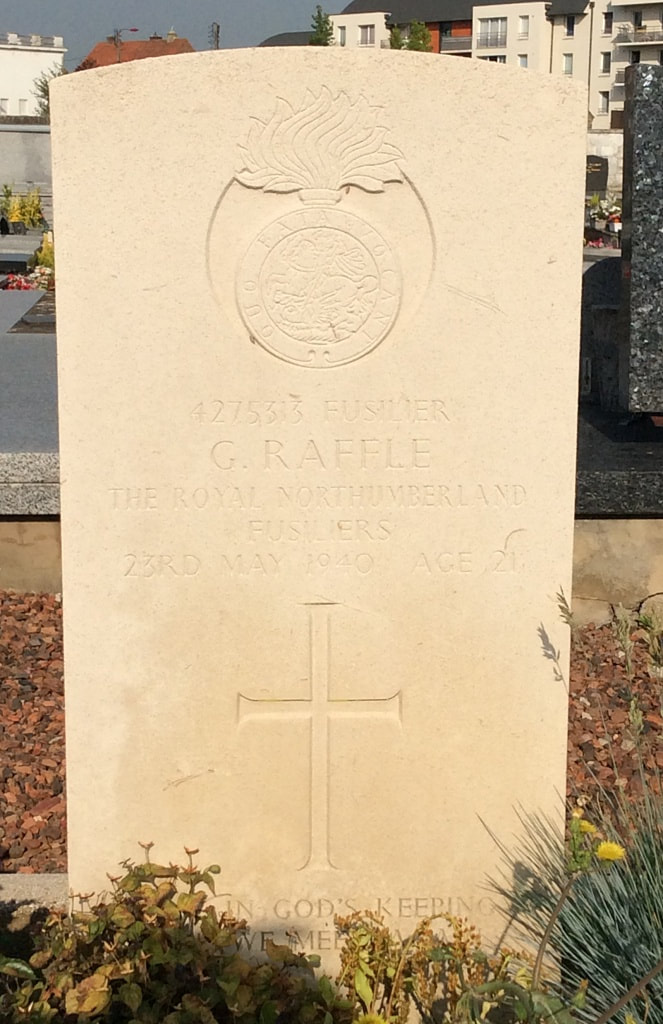 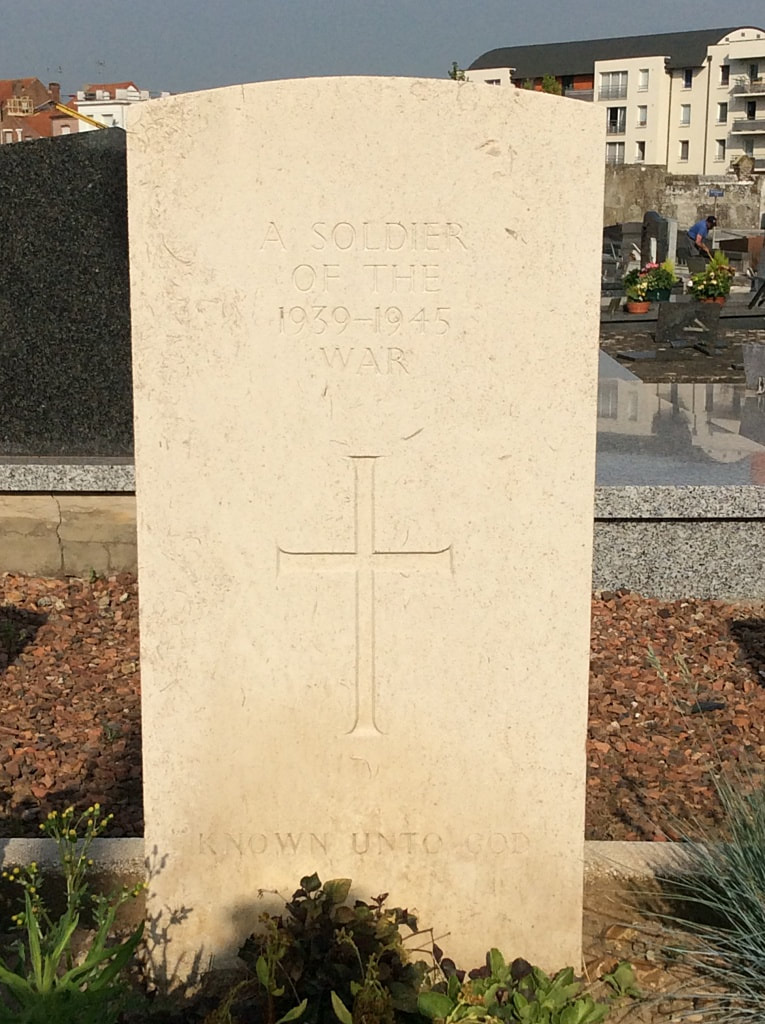 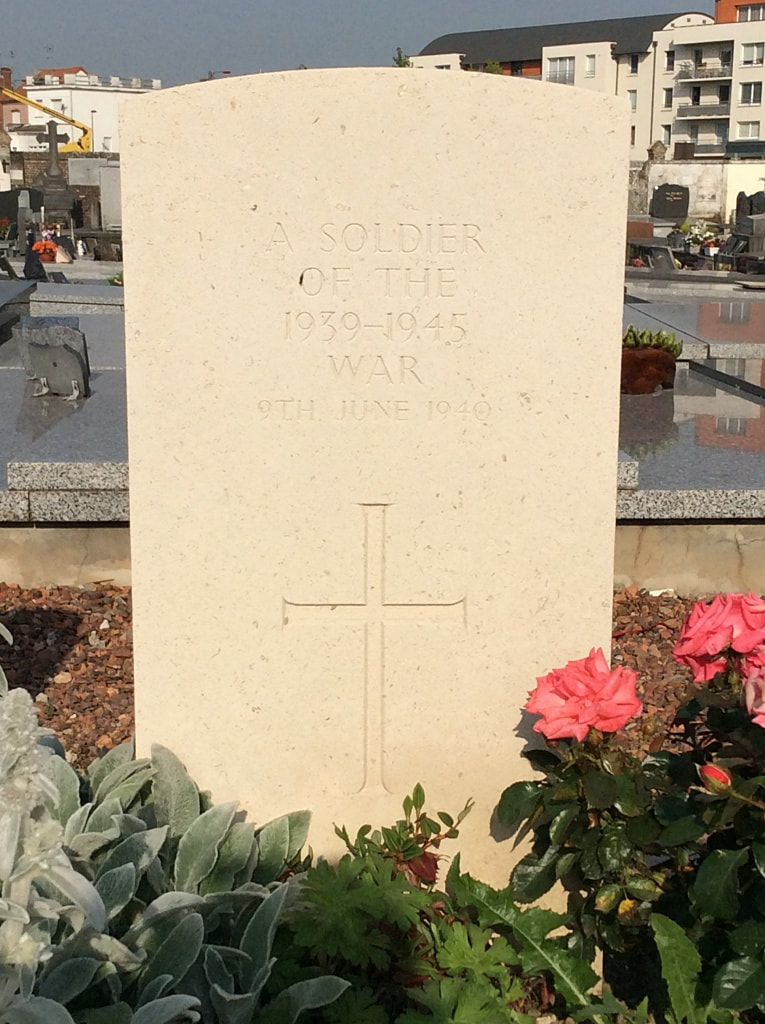 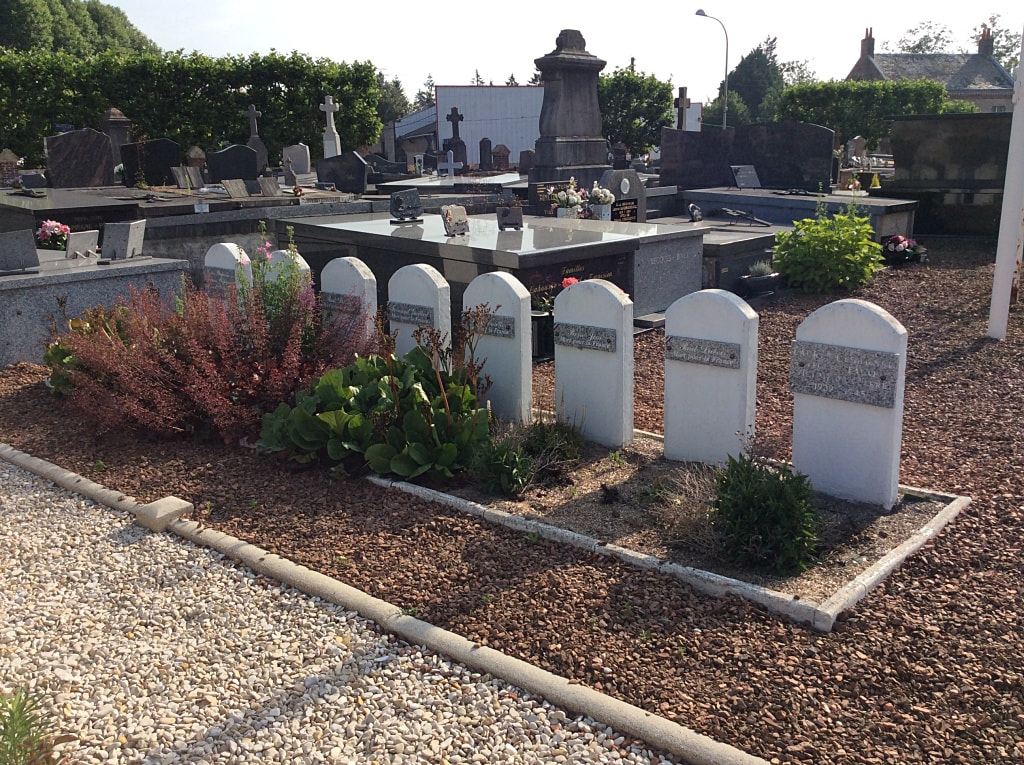