Wulverdinghe is a village and commune 24 kilometres south-south-west of Dunkirk and 10 kilometres north of St. Omer, wich is a town on the N.42 road from Boulogne to Lille. In this churchyard, one near the centre of the south wall of the church and the others near the church's south-eastern corner, are the graves of five soldiers from the United Kingdom, one of whom is not identified.
​ 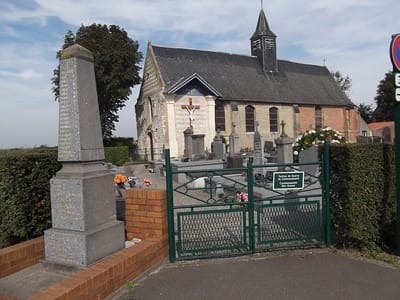 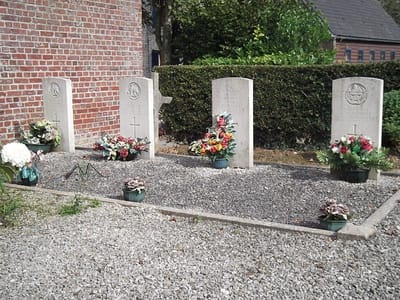 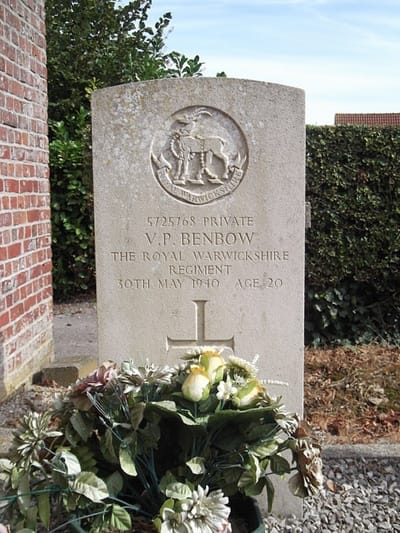 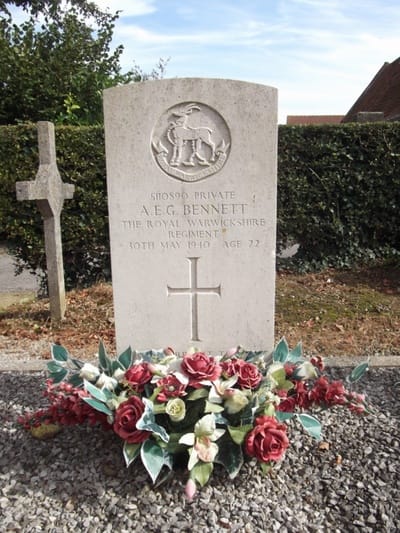 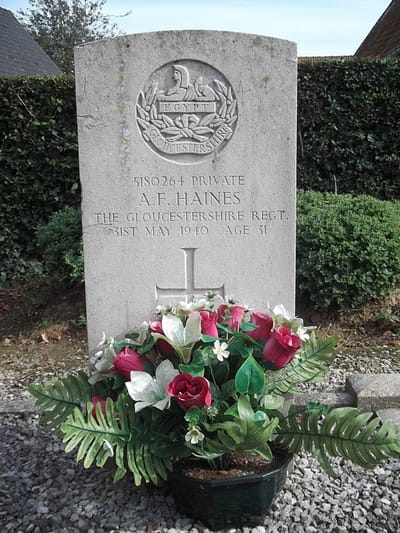 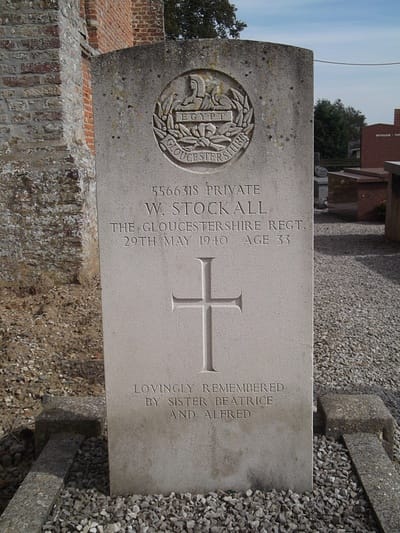 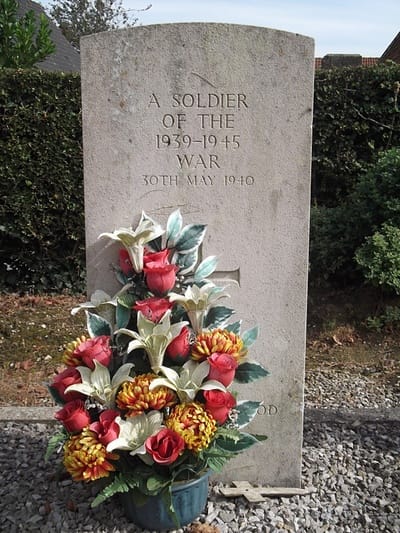