Woesten Communal Cemetery is located 7 Km north west of Ieper town centre in the village of Woesten, on the N8 connecting Ieper to Veurne via Woesten.

6.5 Km along the Veurnseweg N8 lies the village of Woesten. The cemetery is located immediately next to the church on the right hand side of the road.

Woesten Churchyard contains nine Commonwealth burials of the Second World War, one of which is unidentified. 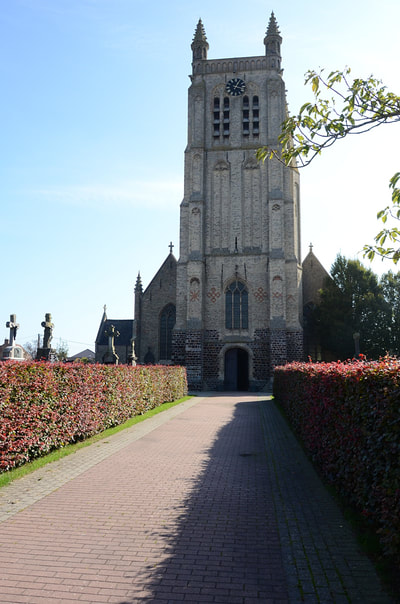 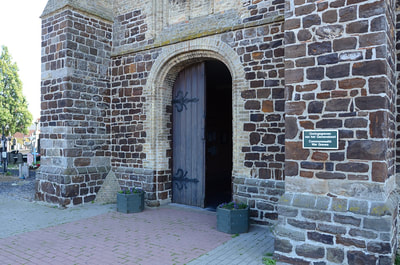 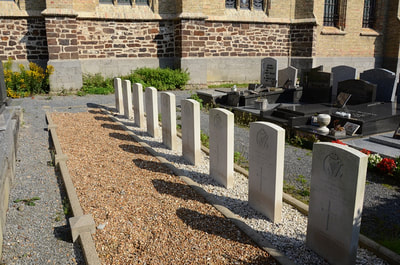 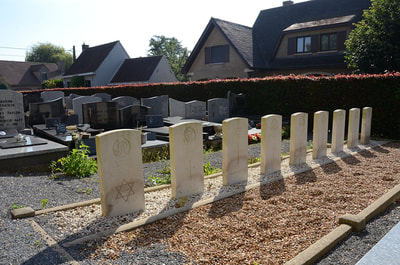 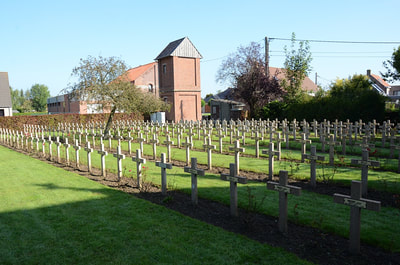 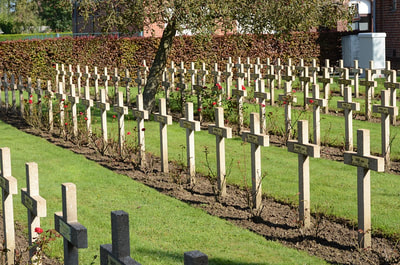 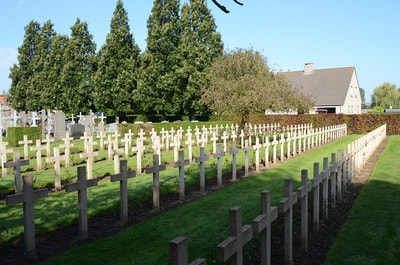 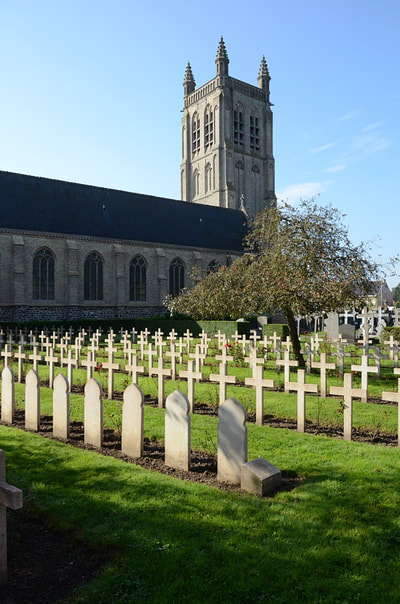 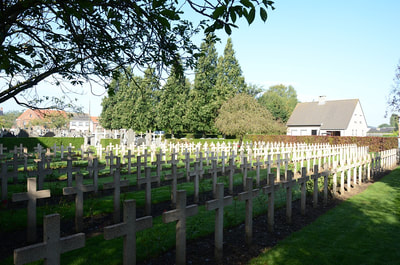