The village of Wijnegem is located to the east of the city of Antwerpen on the N12. From the motorway E313 turn off at junction 18 Wommelgem and onto the Ring R11 direction Wijnegem. At the junction with the N12 turn right onto Turnhoutsebaan direction Wijnegem. In Wijnegem drive through the center to where the road bears around to the right. Take the left turn into Kanalstraat. At the end of the road turn left and follow the canal. Take the first left into Kosterijstraat and the communal cemetery is along on the right. The grave is located in the "Ere Park" section of the cemetery. From the main entrance wall straight down the path towards the far boundary wall where the grave is located to the right of the path just before the junction. 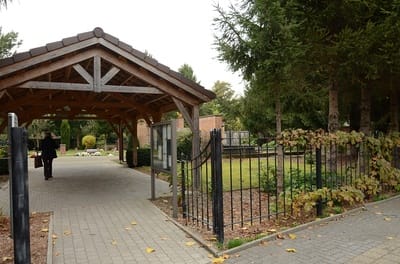 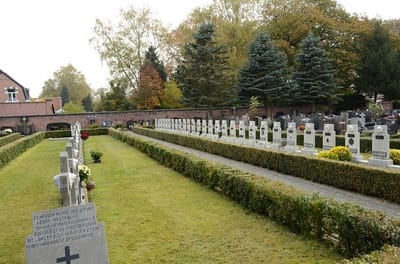 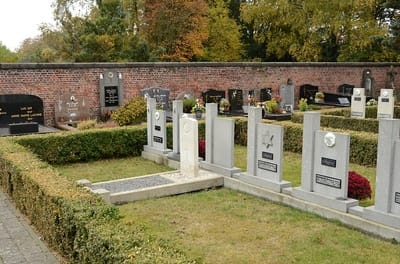 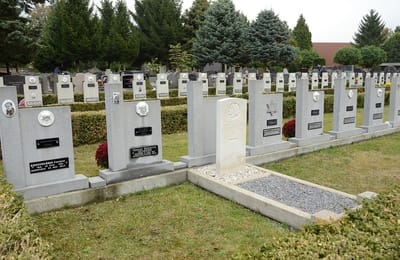 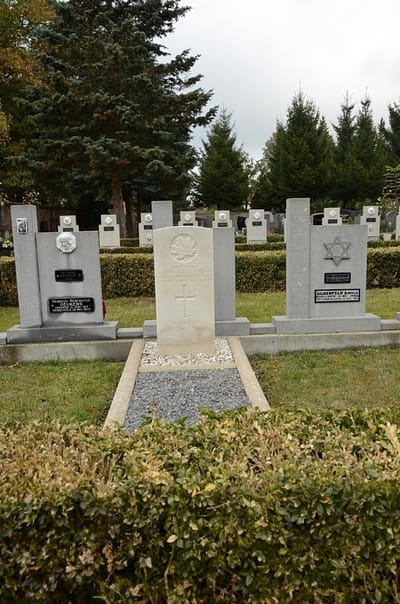 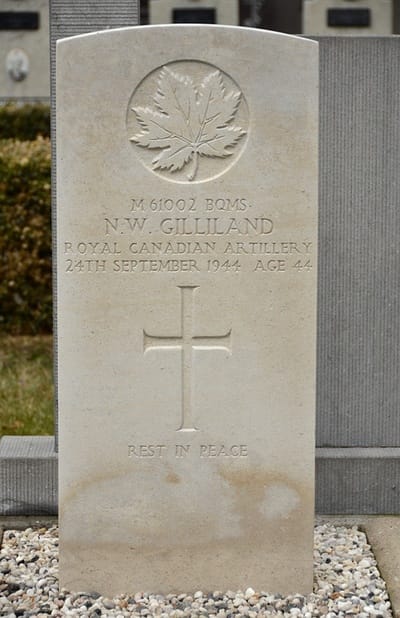 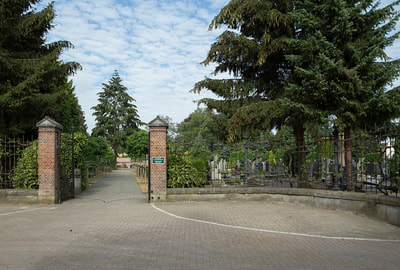 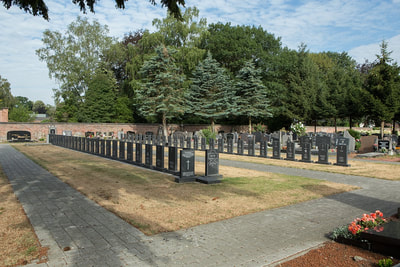 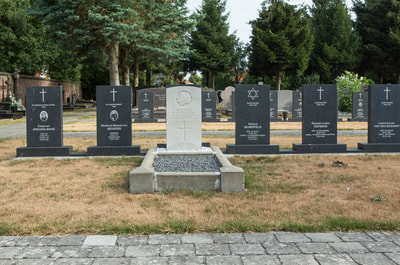 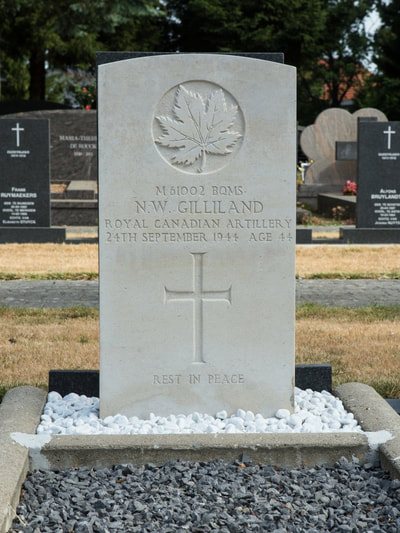 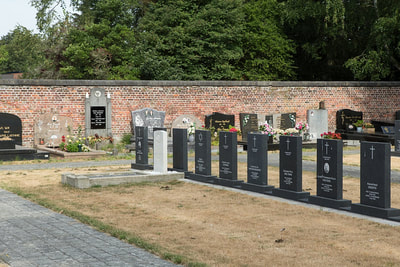