The village of Wervik, on the Franco-Belgian border, is 7 kilometres south-west of the town of Menen (Menin), on the N311 which runs between Geluwe and Komen (Comines). Driving from Menen follow the N8 direction Ieper, when you come to the village of Geluwe turn left onto the N311 towards Komen (Comines). As you come into Wervik follow the main road towards Komen (Comines), cross the railway. At the roundabout take the second exit onto Komenstraat. After half a kilometer the cemetery will be found on the right hand side of the road close to a pedestrian crossing. The war graves are located at the front of the cemetery on the right. 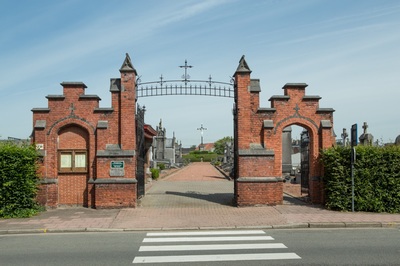 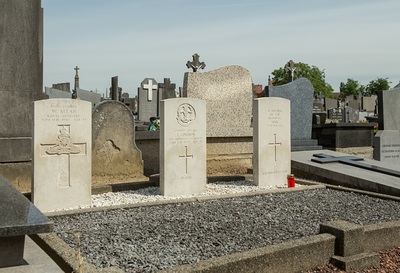 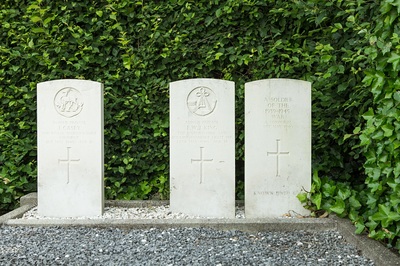 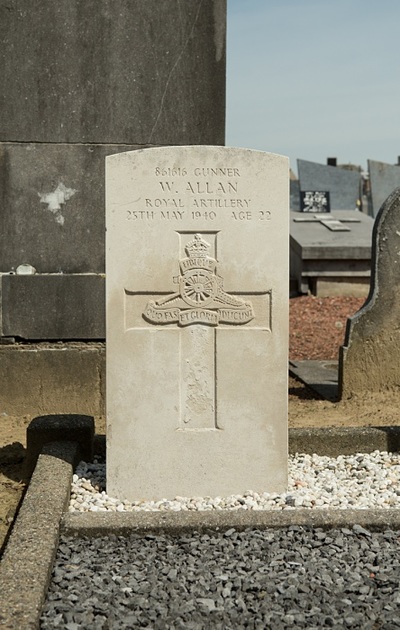 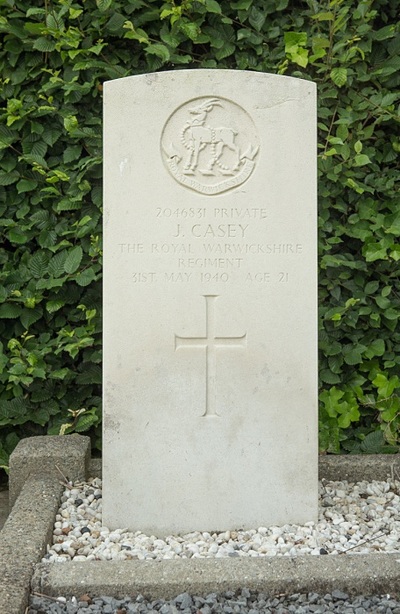 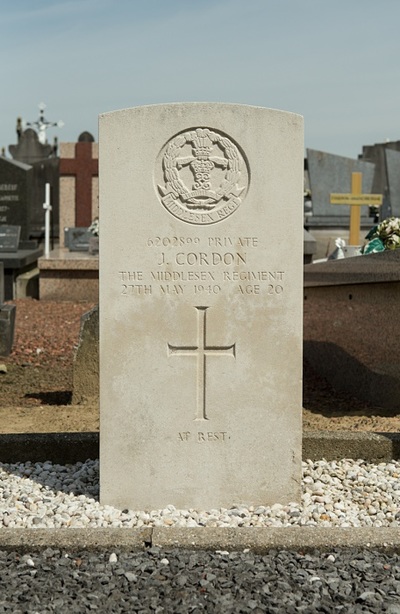 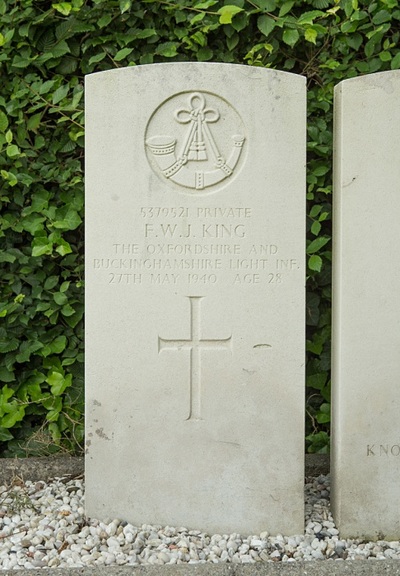 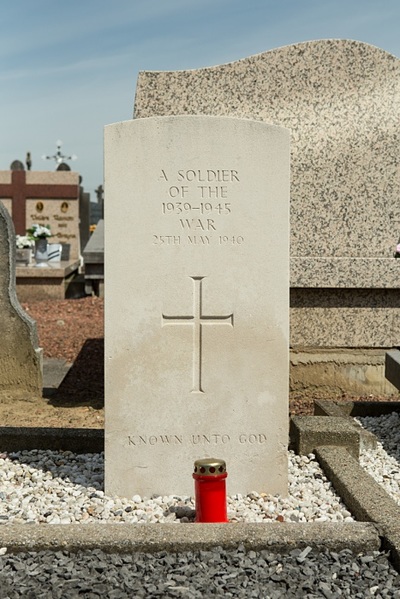 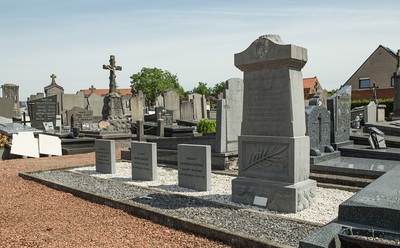 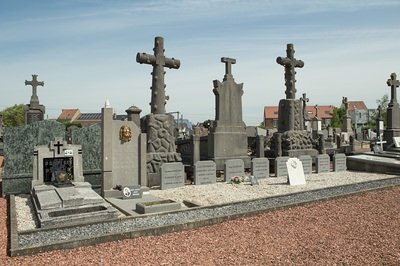 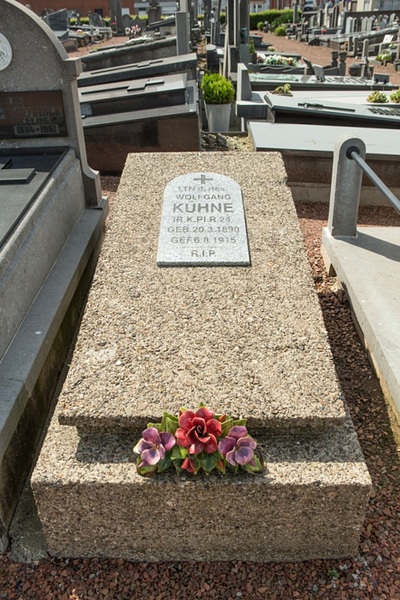