Opposite the old railway station, Between Quairading–York Road and Heal Street

World War I, World War II, Korean War, Malaya, Borneo and Vietnam War
Erected by the people of the Quairading District to perpetuate the names of the gallant men who offered their services and left Australia to take part in the Great War 1914 – 1919
For God, King and Country

This comprehensive, thorough and informative name list format should be the standard for all honour rolls. There is a worrying occurrence of multiple deaths from the same family.  Quairading District must have sent an unusually high percentage of its population to the wars. 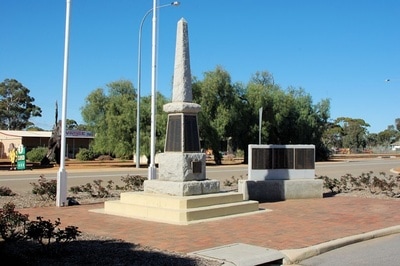 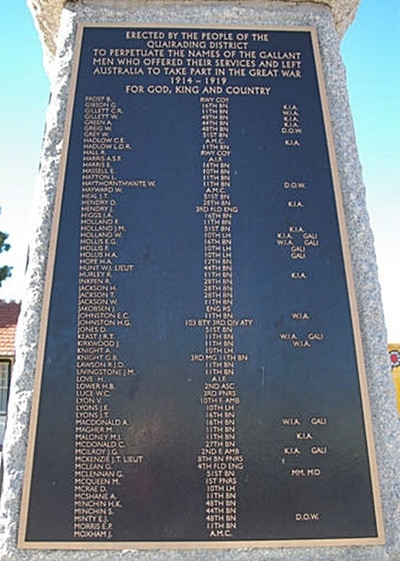