Moora War Memorial is located on the corner of Clinch Street and Gardiner Street.

Moora was a major training centre in World War II.

Some clever artisan or farmer made Old Digger “Scrapiron” out of an ingenious collection of farm machine and machinery parts. 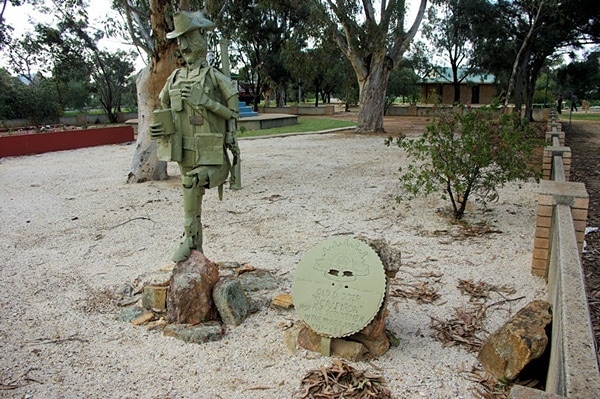 Location Information
​
Moora War Memorial Swimmimg Pool is located on the corner of Roberts Street and Dandaragan Street.
​
The quirky mural shows a local area items, including a lamb, dog and fish.

The pool was on winter closure when photographed.