Midland War Memorial is located on the Town Hall at the junction of Great Eastern Highway and Great Northern Highway.

In honour of the fallen

The clock tower is reputed to be the only structure of a pyramid, on a cube, on a dome, on a drum.

The adjoining town hall has Rolls of Honour by the stage.

The Roll of Honour has the British Coat of Arms and a list of names.

These our glorious dead

Erected by their fellow employees

In memory of our fallen comrades from Railway Workshops
​
There is a long report on the memorial and flag pole on a separate display. 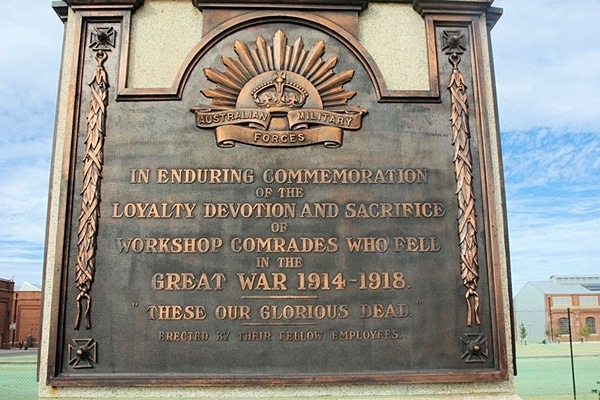