Gingin War Memorial is located on the corner of Weld Street and Brockman Street.

World War One, World War Two and Jim Gordon V.C,
Erected by the residents of Gingin on July 12th 1942.

In honour of Jim Gordon. V.C. whose gallant action on the battlefield in Syria. on July 10th 1941. won him the supreme military distinction. 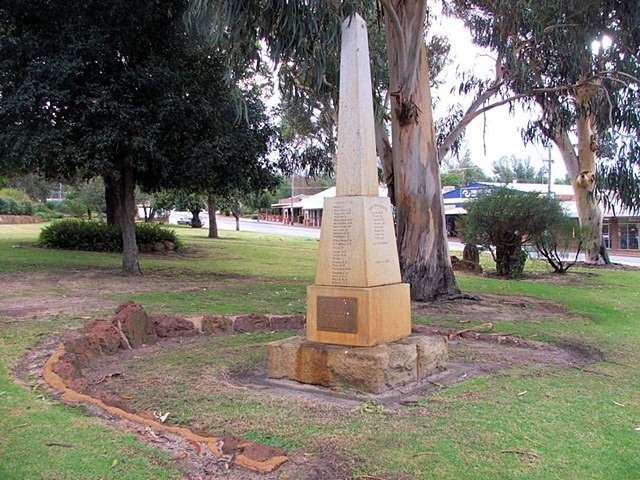