World War I
World War II
Korean War
Vietnam War
National Service
Erected to the memory of these men who gave their lives for us in the Great War
1914 . 1919

This memorial is dedicated to the 325,811 national servicemen who were conscripted into Australian defence force between the years 1951 – 1972
During this time there were two distinct call-up periods which saw more than 200 young Australians pay the supreme sacrifice with a further 1479 being wounded in service

Commissioned by
The Nashos League of W.A. Inc.
In conjunction with
The Brookton Branch of the R.S.L.
“Lest we forget” 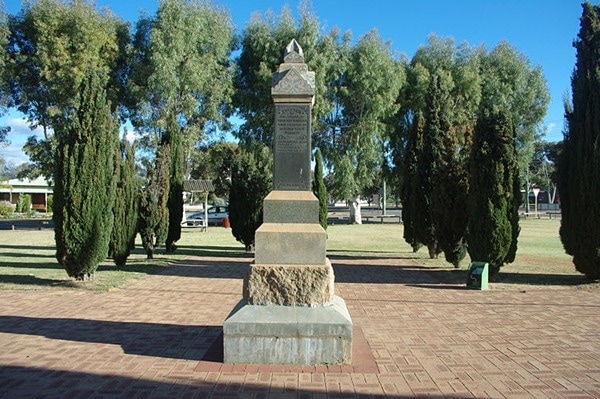