Villeneuve-en-Montagne is a village in the Department of the Saône-et-Loire, situated 54 kilometers north-west of Macon. The communal cemetery is of the south-west side of the village. The plot is right of the entrance, in the far corner and right of the memorial. 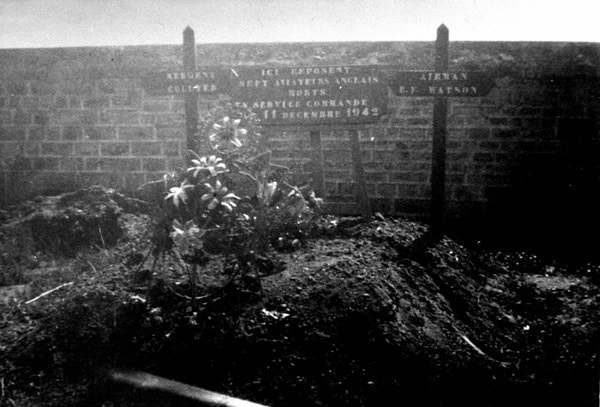 The original burials made at the cemetery by the Germans in 1942. Courtesy of : Collection Gilles Moreau via Histavia21