Villanova lies in the Commune of Bagnacavallo in the Province of Ravenna. Take autostrada A14, Bologna-Ancona, and branch off to Ravenna. Turn left along the SS16 towards Ferrara and at 7.5 kilometres, at the village of Mezzano, turn left to Villanova, about 4 kilometres.

If travelling by train, the nearest station is Mezzano but there is no taxi service from there. Taxi's are available however, from Ravenna train station.

The site of this cemetery was chosen by the 5th Canadian Armoured Division for battlefield burials. It was in the vicinity of Villanova that troops of this Division succeeded in establishing a bridgehead over the River Lamone in the night 10/11 December 1944. West of this bridgehead there was heavy fighting in the following days, when attempts were made to cross the three canals that run from Faenza to the sea. From 12 to 15 December, the Lanark and Renfrew Scottish Regiment and the 4th Princess Louise Dragoon Guards suffered heavily in these attempts, and 85 of the burials in the cemetery come from these two regiments. Others include those killed in the advance to the final line held by the Canadians on the River Senio before they left Italy in February 1945. 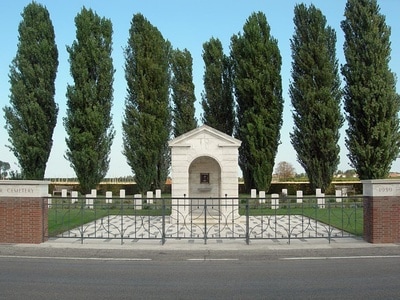 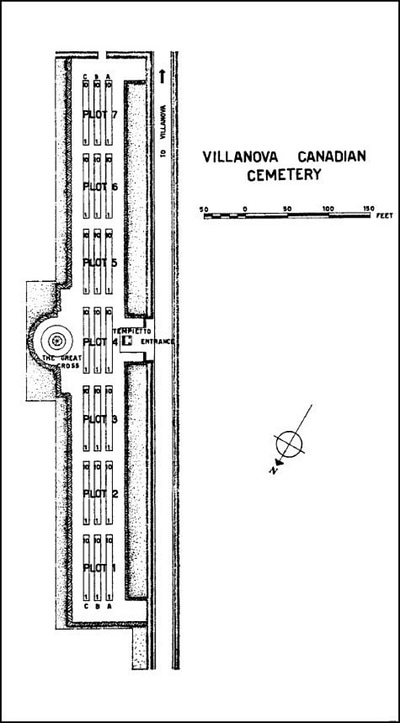