Sale War Cemetery, which is situated within the Public Cemetery, lies at the end of a short avenue leading from the Maffra road to the cemetery area.

The Cemetery contains the graves of 58 Australian Servicemen, of whom 56 were airmen from the RAAF Station at East Sale. The remaining two were soldiers. A Cross of Sacrifice stands in the centre of the cemetery area. 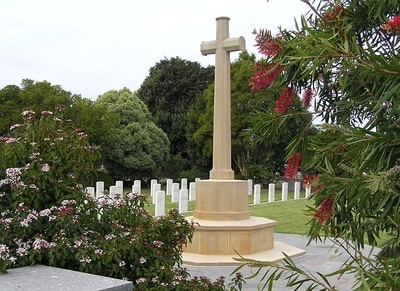 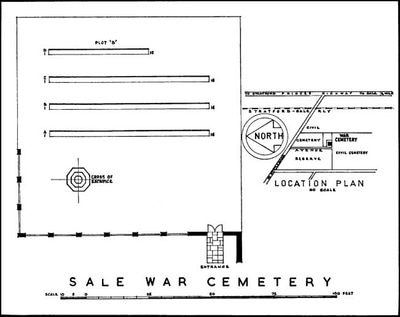 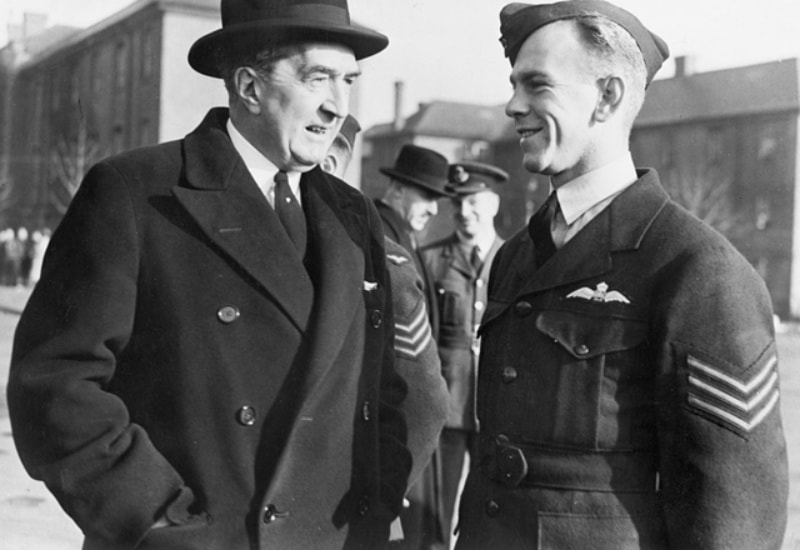 Mr Stanley Bruce, the High Commissioner for Australia in London, talking with 402052 Sergeant Leonard Graham Fuller.
Sergeant Fuller trained under the Empire Air Training Scheme in Australia and then Canada, before arriving in England.

Sergeant Fuller went on to fly with No 37 Squadron RAF in Italy, he was awarded the Distinguished Flying Medal (DFM) for operational flying over Palermo, Italy, and was also commissioned.

Flying Officer Fuller returned to Australia to be an instructor at No 1 Operational Training Unit 1OTU) at Sale, Victoria, and was killed in an accident on 18 March 1944, aged 25. As a trainee pilot at No 2 Service Flying Training School (2SFTS) at Wagga Wagga, in Southern NSW, he was involved in a mid-air collision of two Avro Ansons, the two aircraft remained firmly locked together and he was able to make a successful crash landing.

Son of William Edward and Daisy Sapphire May Fuller; husband of Thelma I. E. Fuller, of Bondi, New South Wales. Plot B. B. 8. 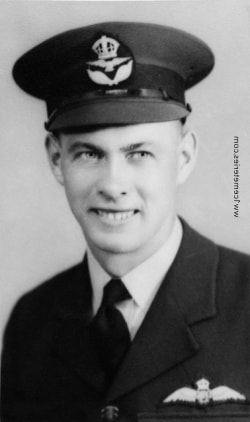 Studio portrait of 406572 Flight Lieutenant Frank Keith Morcombe DFC, pilot of No. 1 Operational Training Unit (OTU) RAAF, of Coorow, WA. He was killed in a flying accident on 5 October 1943 at Sale, Vic. Fl Lt Morcombe was awarded his DFC in August 1943 for actions whilst a member of 2 Squadron RAAF. He was transferred to 1 OTU as a flying instructor, but was killed, along with 437116 Sergeant James Whamond Cameron, when their aircraft crashed. These deaths were two of 131 aircrew dead or presumed missing during the three and a half years of operation of the intensive flying training courses run by 1 OTU.