Located within the Mildura Public Cemetery on Koorlans Avenue. It contains the graves of 49 airmen and soldiers of the Australian Forces. The majority of the graves are airmen killed in aircraft training accidents. During the war at the RAAF Station at Mildura, the No2 Operational Training Unit for fighters introduced a most effective form of gunnery known as "shadow" shooting. 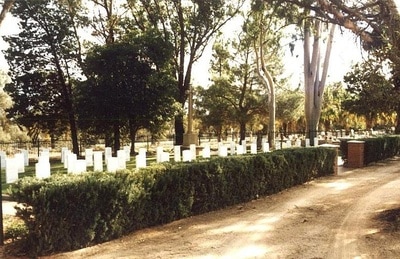 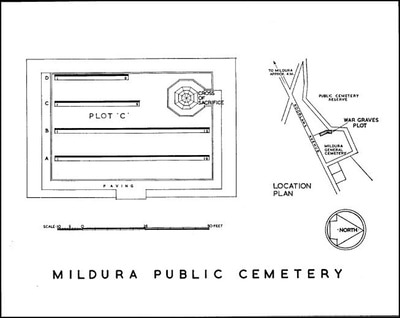