​Vassimont-et-Chapelaine is a village and commune 28 kilometres south-west of Châlons-en-Champagne, and 11 kilometres east of Fère-Champenoise. In the churchyard, in front of and to the south of the church, is the grave of one Canadian airman.

In several raids on these important sidings, some 41 Lancasters were lost and 231 airmen perished. 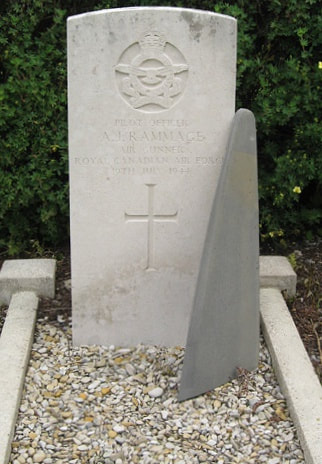