The cemetery is situated at Fresh Water One Area, about 10 minutes walk from the centre of Port Vila. Both Commonwealth graves are marked by white marble headstones.

Vila is the capital of the Vanuatu group of islands in the south-west Pacific. Its land-locked harbour was used for amphibious exercises during the Second World War and a naval base was established at Havannah Harbour for the repair of damaged ships. The larger island of Espiritu Santo became an important New Zealand naval and air base. 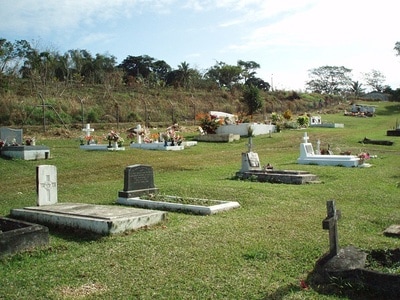