The town of Valkenswaard lies in the south of the Netherlands, approx 10kms south of Eindhoven and close to the Belgian border.

From the A2 Eindhoven to Maastricht motorway take exit 33 (Afrit 33) N69 VALKENSWAARD and follow the direction VALKENSWAARD.
Continue for approx 11kms, passing through the town of Valkenswaard and following signs for N69 HASSELT.
The cemetery can be found on the right hand side and is signposted.

Valkenswaard was the first village to be liberated on the main line of the British advance into Holland in September 1944. The cemetery, which lies in a pinewood, contains over 220 graves, almost all of them are those of men who fell in the fighting in the woods around Valkenswaard during that month. All the men buried here belonged to the forces of the United Kingdom. 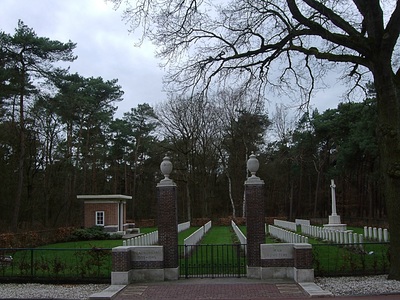 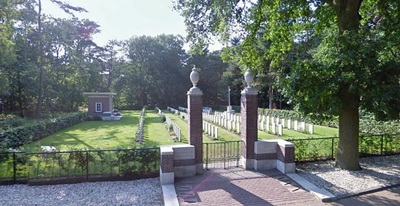 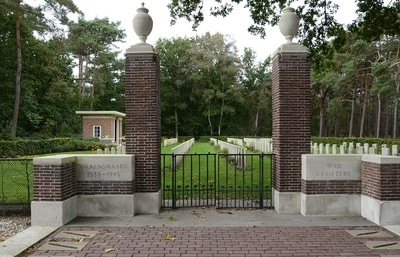 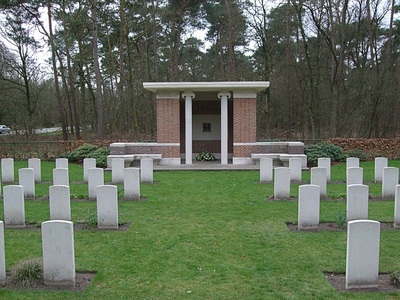 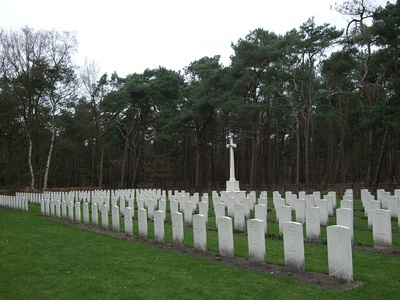 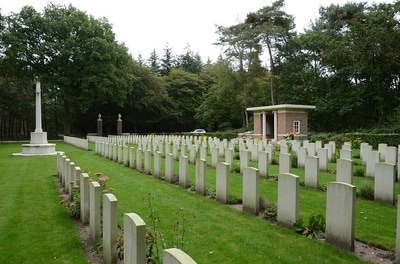 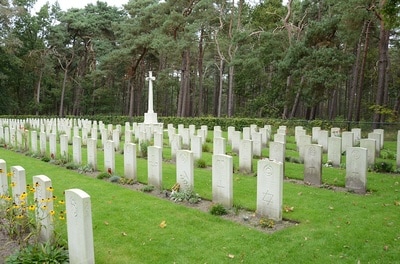 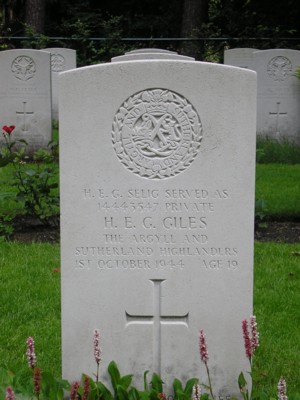 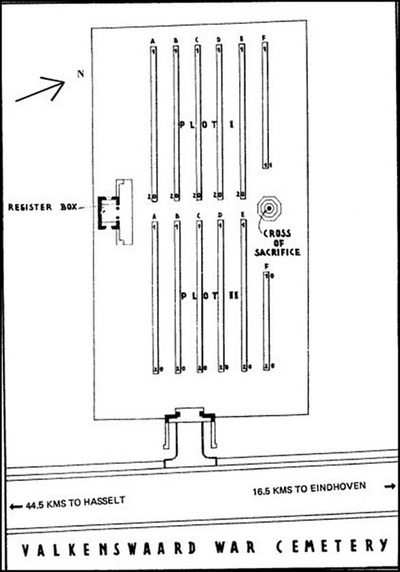