The cemetery is located approximately 4 miles north east of the City, near Upper Witton.

The First World War saw four important hospitals - besides many smaller - posted at Birmingham: the 1st Southern General (3,500 beds) was in the university and other buildings, with a section at Stourbridge; the 2nd/1st Southern General (1,800 beds) in the Dudley Road Infirmary and in billets; the 1st Birmingham War Hospital (1,000 beds) at Rubery Hill Asylum and the 2nd Birmingham War Hospital (900 beds) at Hollymoor Asylum.

Military hospitals were at Birmingham again during the Second World War, including No 7 Canadian Hospital at Marston Green. Birmingham and Coventry were among the chief manufacturing areas producing materials for the war effort and were subjected to many devastating air raids during the Blitz of 1940-41.

Birmingham (Witton) Cemetery contains 459 First World War burials, more than 200 of which form three denominational war plots marked by Screen Walls bearing the names of those buried there and in graves elsewhere in the cemetery which could not be individually marked. The small plot in Sections 55 and 56 contains only 31 of the 224 Second World War burials, the rest being scattered throughout the cemetery. Twelve names were added to the Screen Walls in the First World War plots to commemorate those Second World War casualties buried in graves that could not be marked indivdually. 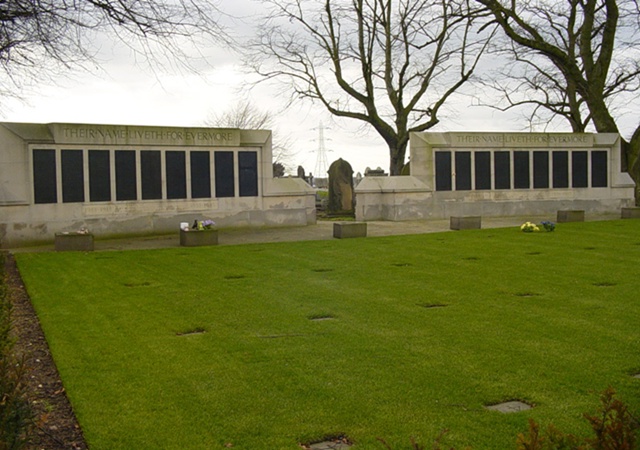 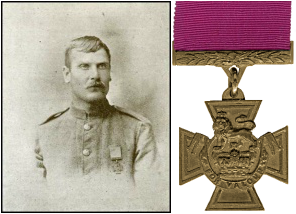 ​Citation An extract from the "London Gazette," dated 4th June, 1901, records the following:- "At Colenso, on the 15th December, 1899, Private Ravenhill went several times, under a heavy fire, from his sheltered position as one of the escort to the guns, to assist the officers and drivers who were trying to withdraw the guns of the 14th and 66th Batteries, Royal Field Artillery, when the detachments serving them had all been killed, wounded or driven from them by infantry fire at close range, and helped to limber up one of the guns that were saved."

Ravenhill was born in Aston, Birmingham in 1872. In May 1889 Ravenhill joined the 1st Battalion of The Royal Scots Fusiliers at Birr, County Offaly. He served near six years in India then two years with the 2nd Battalion in South Africa. He gained the Queen's and the King's medals, with clasps, for Relief of Ladysmith, Transvaal and Cape Colony.

Ravenhill's VC was forfeited in 1908 after he was imprisoned for theft of a quantity of iron and could not afford to pay the 10 shilling fine. His VC-entitled pension was also withdrawn. Ravenhill died in poverty at the age of 49, and three of his children were taken away to be fostered in the USA and Canada. Ravenhill is buried in an unmarked grave at Witton Cemetery, Birmingham.

​Above information provided by wikipedia