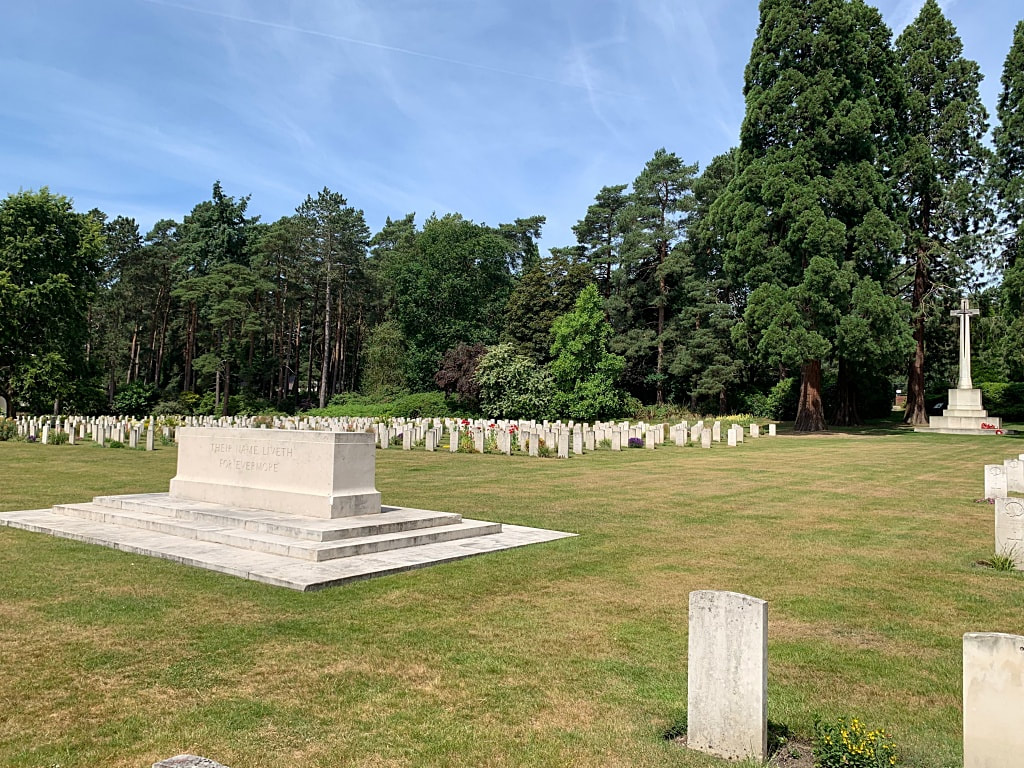 Brookwood is 30 miles from London (M3 to Bagshot and then A322). The main entrance to Brookwood Military Cemetery is on the A324 from the village of Pirbright. There is a direct train service from Waterloo to Brookwood Station from which there is an entrance to the cemetery. The postcode for Brookwood is GU24 0JB.

Vehicles, pedestrians and wheelchair access is through the main gate off Dawney Hill Road, Pirbright, during the official opening times. The gates are automated therefore access after 7:30pm can be sought by driving up to the main entrance gate.

Please be advised that additional items which have been placed on graves, such as stone vases, have been removed by Commission staff to storage and can be collected by relatives.

Enquires at the office or to a member of staff in the grounds (Monday to Fridays) for assistance in collection.

It is the Commission policy not to allow additional items, such as vases, to be placed in the headstone borders of Commission plots. There have been lapses in implementing this policy which has seen an increase in the number of additional memorials, being placed. Any items placed in the borders impact on our ability to plant and maintain them to the standard of excellence we seek to achieve.

Floral tributes and Remembrance Crosses can be left and will be removed by our staff after a time.
Brookwood MC: 01483-474093 for grave items.

With effect from 8 October 2011 the Commonwealth War Graves Commission is prepared to allow the placing of cut flowers in a vase on new graves within the Military Annex subject to certain provisions.

New graves will be considered those in respect of burials that have taken place within the last three years. At the end of this period each case will be reviewed and allowed to continue for further two years if the family is still placing floral tributes on a regular basis. After five years the traditional uniformity of the military cemetery will be restored by the removal of the vase.

The request must be made by next of kin and the cut flowers must be placed in a vase provided by the Commonwealth War Graves Commission in order to ensure uniformity and easy replacement should one be broken during maintenance.
The vases, which are free of charge, are available from the staff on site and will be placed by them on behalf of the next of kin.
​
Should you have any questions regarding this matter please contact Enquiries on 01628-634221 or via our email enquiries@cwgc.org

BROOKWOOD MILITARY CEMETERY is owned by the Commission and is the largest Commonwealth war cemetery in the United Kingdom, covering approximately 37 acres.

In 1917, an area of land in Brookwood Cemetery (The London Necropolis) was set aside for the burial of men and women of the forces of the Commonwealth and Americans, who had died, many of battle wounds, in the London district.

This site was further extended to accommodate the Commonwealth casualties of the Second World War. There is a large Royal Air Forces section in the south-east corner of the cemetery (which also contains the graves of Czechoslovakian and American airmen who served with the Royal Air Force) and the Air Forces shelter building nearby houses the register of the names of those buried in the section. A plot in the west corner of the cemetery contains approximately 2,400 Canadian graves of the Second World War including those of 43 men who died of wounds following the Dieppe Raid in August 1942. The Canadian Records building, which was a gift of the Canadian government in 1946, houses a reception room for visitors and other offices.

In addition to the Commonwealth plots, the cemetery also contains French, Polish, Czechoslovakian, Belgian and Italian sections, and a number of war graves of other nationalities all cared for by the Commission. The American Military Cemetery is the responsibility of the American Battle Monuments Commission.

The BROOKWOOD 1939-1945 MEMORIAL stands at the southern end of the Canadian section of the cemetery and commemorates 3,500 men and women of the land forces of the Commonwealth who died during the Second World War and have no known grave, the circumstances of their death being such that they could not appropriately be commemorated on any of the campaign memorials in the various theatres of war. They died in the campaign in Norway in 1940, or in the various raids on enemy occupied territory in Europe such as Dieppe and St Nazaire. Others were special agents who died as prisoners or while working with Allied underground movements. Some died at sea, in hospital ships and troop transports, in waters not associated with the major campaigns, and a few were killed in flying accidents or in aerial combat.

The new BROOKWOOD 1914-1918 MEMORIAL was built in 2015. It commemorates casualties who died in the United Kingdom during the First World War but for whom no graves could be found. 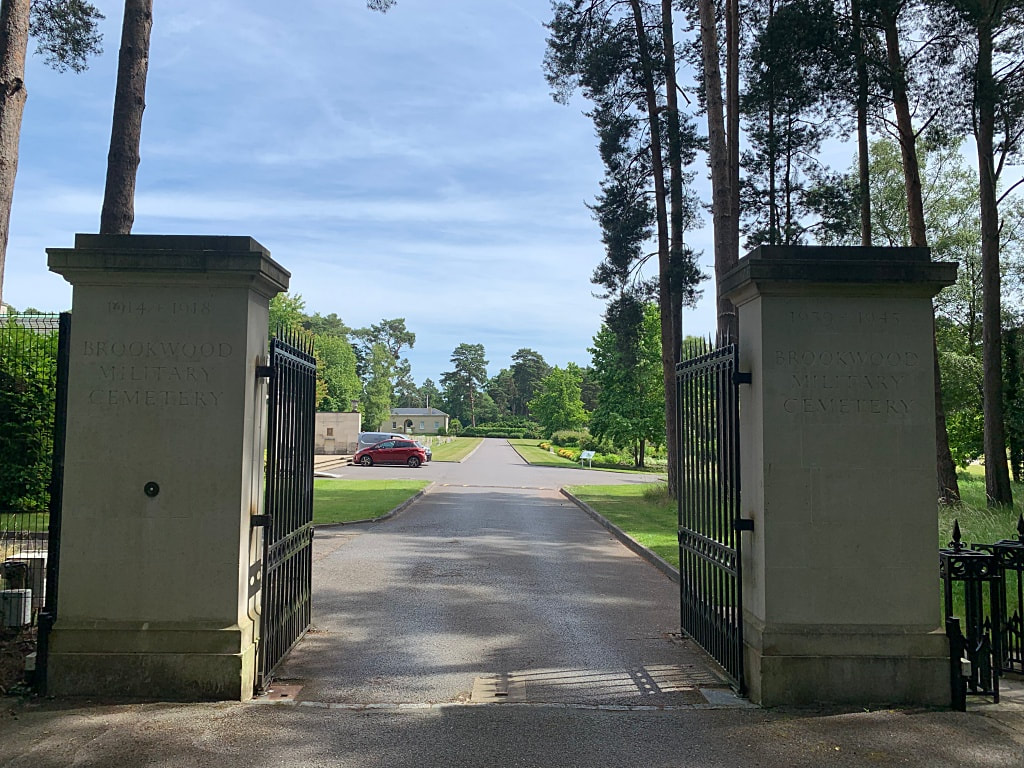 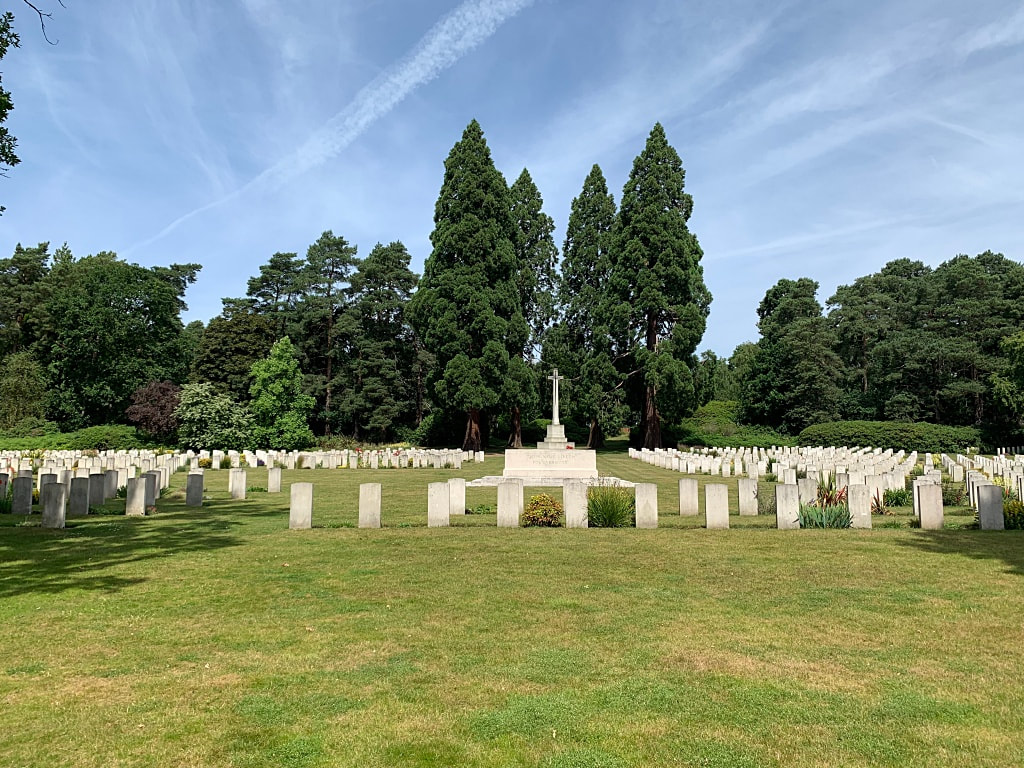 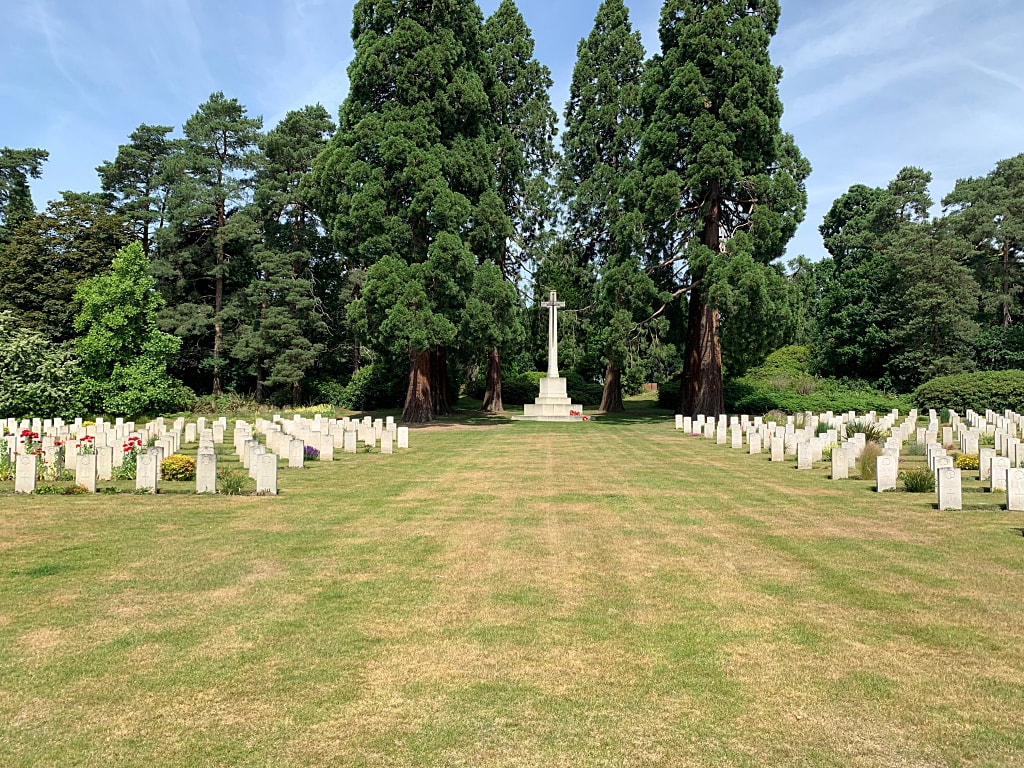 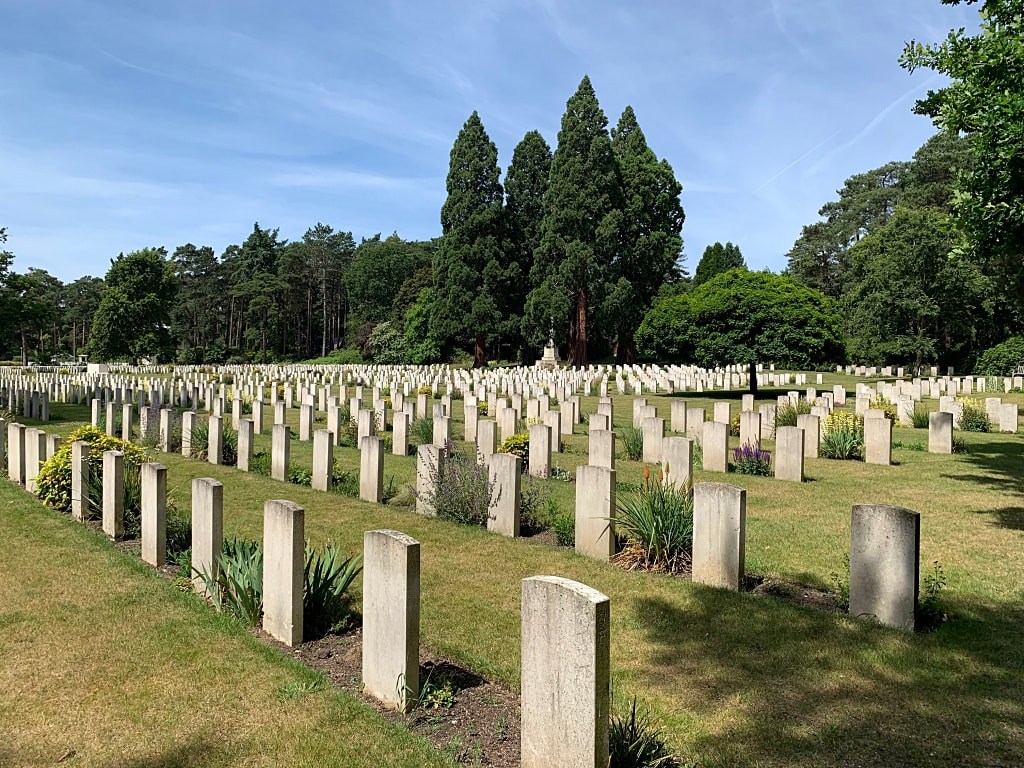 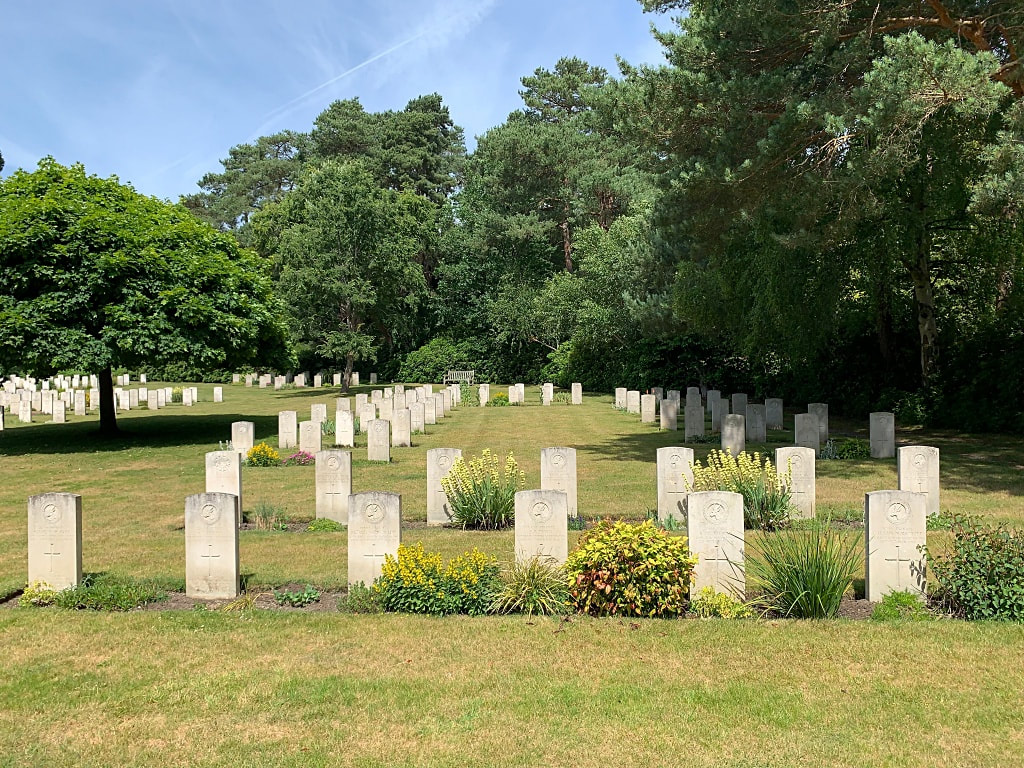 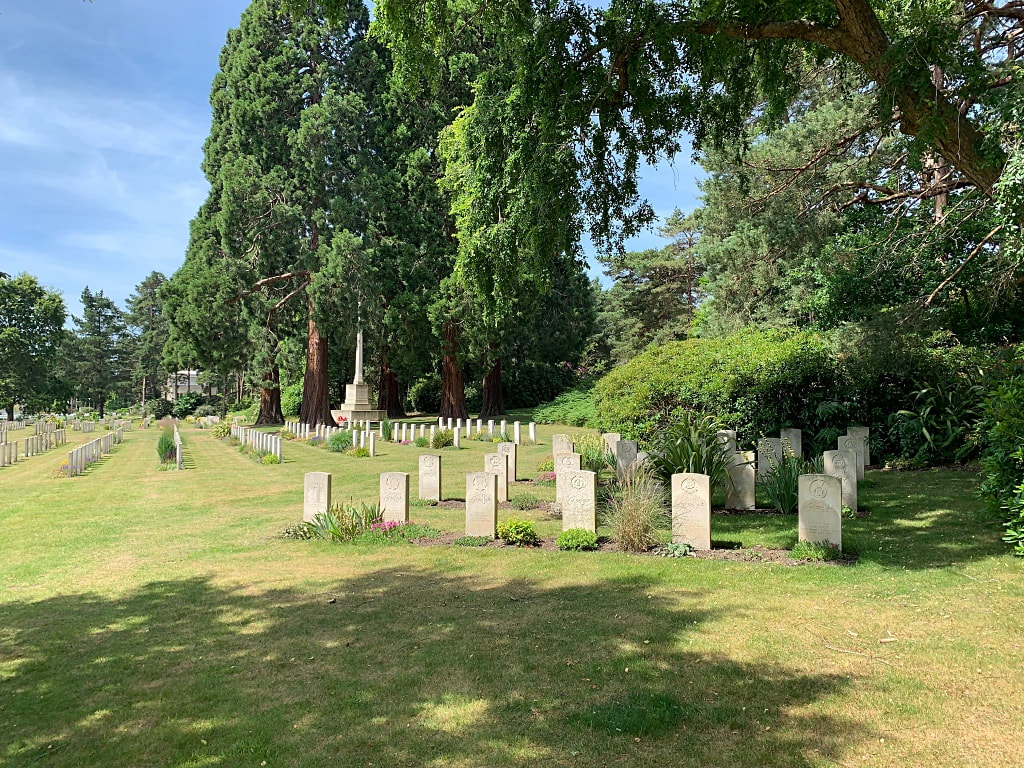 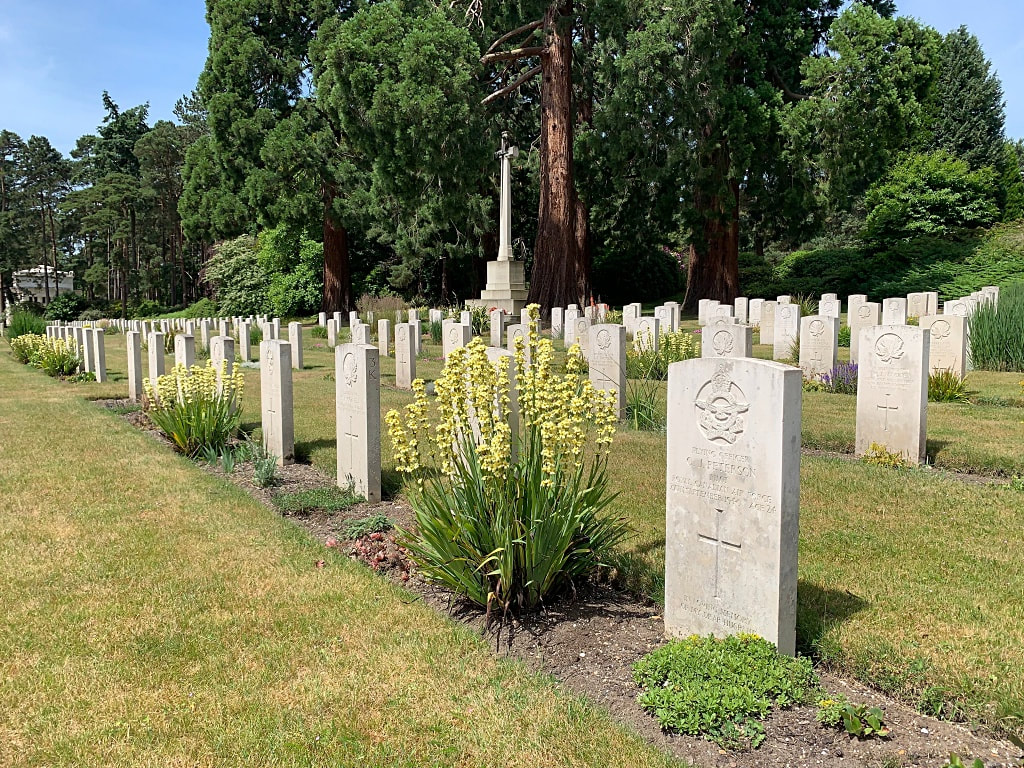 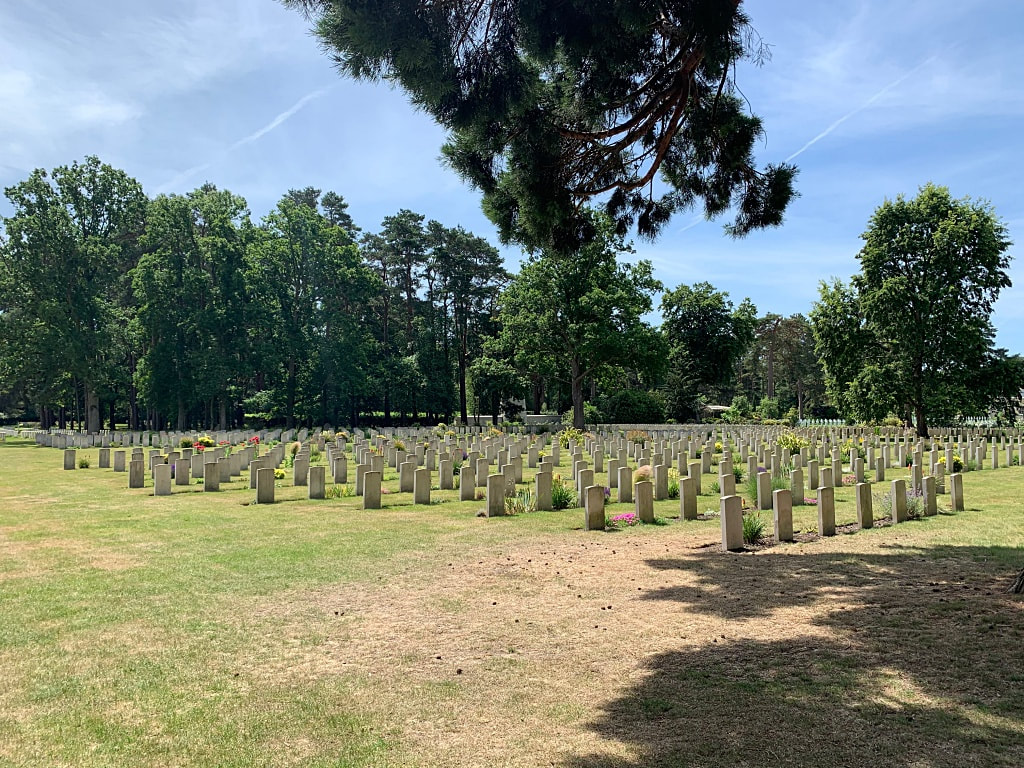 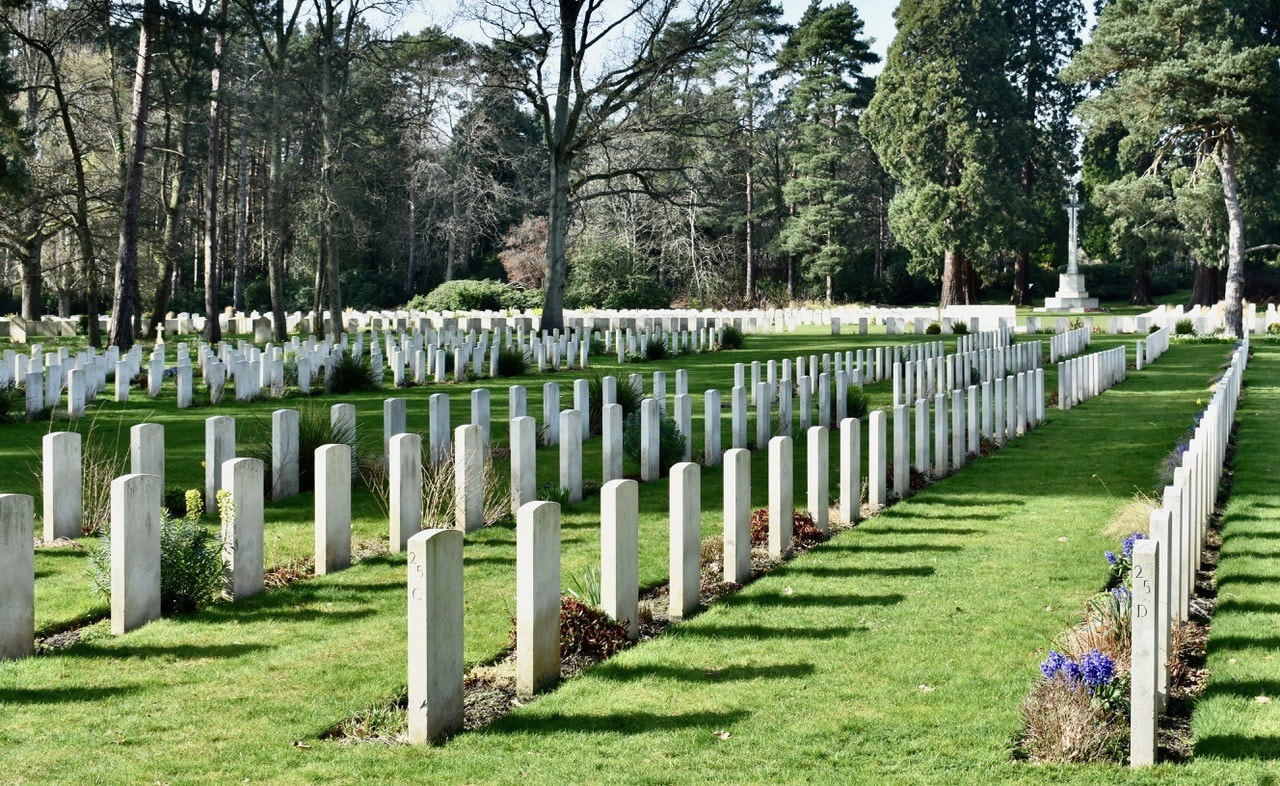 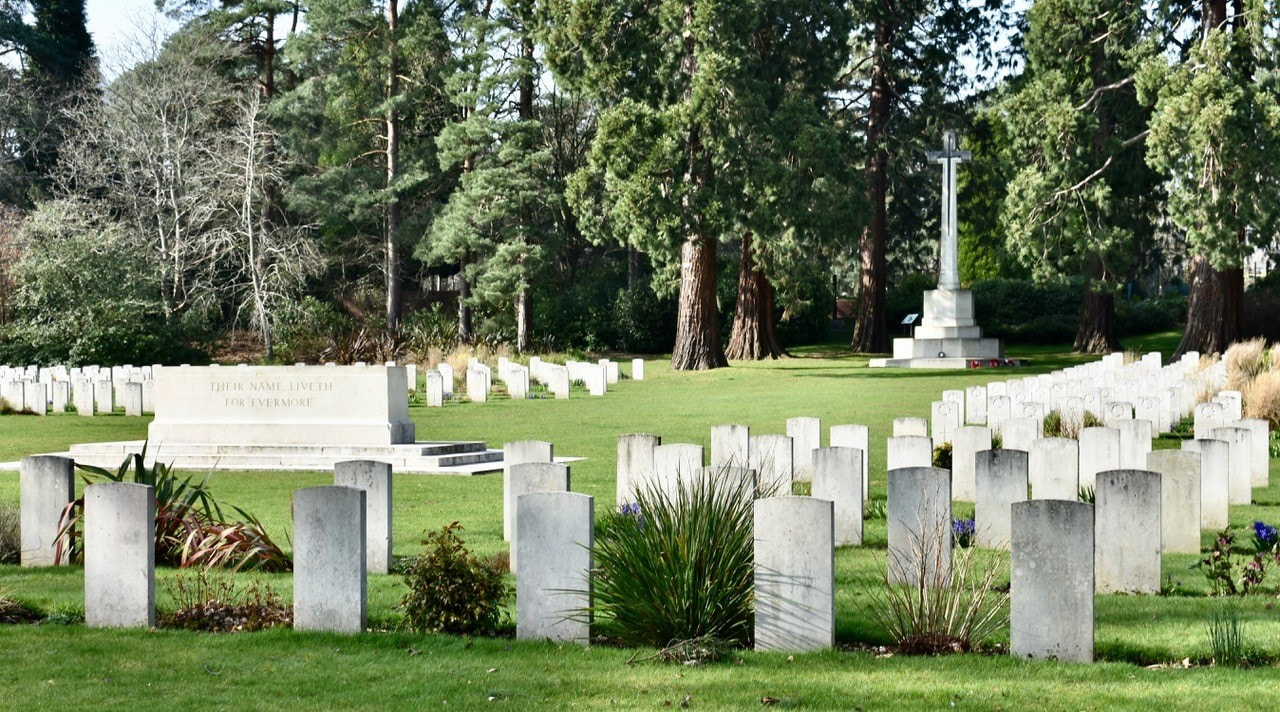 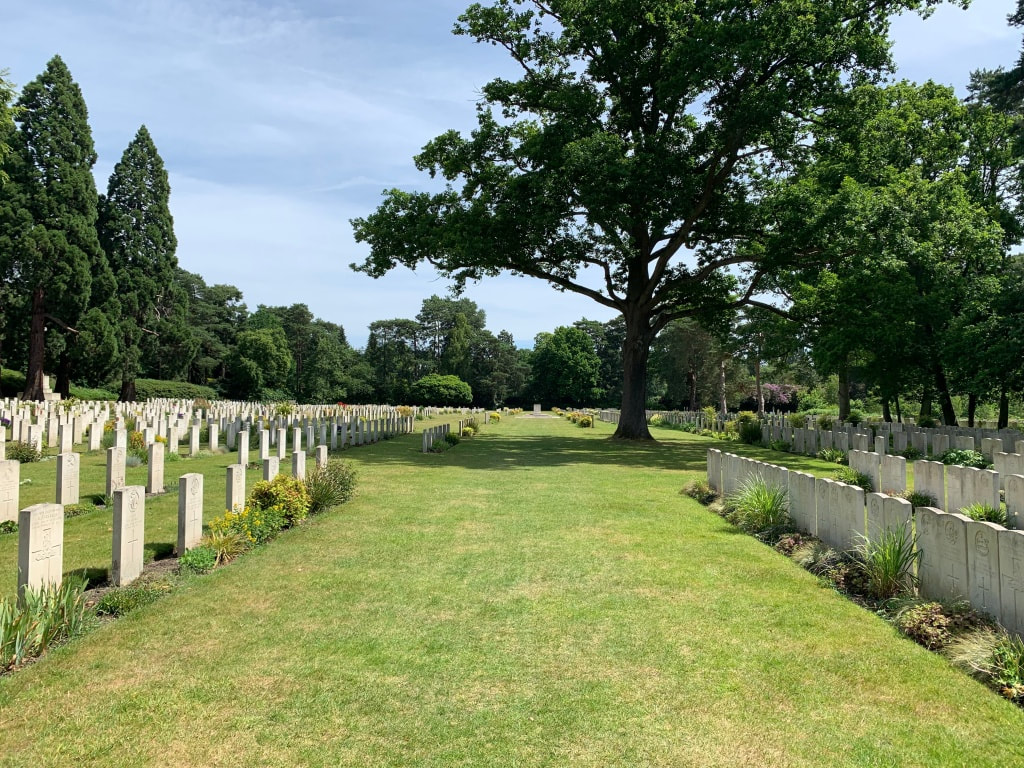 The information below supplied by 'The Ellesmerian Club', the alumni organisation for Ellesmere College where Alan was a pupil.
​

​Alan Haydon, the son of Dr. Ernest William Haydon and his wife, Magdalene, was born on 13th March 1891 in Leicester – only a few weeks after his birth he appeared in his first census, alongside his two older brothers, when the family lived at 16, Humberstone Road, Leicester. He was recorded as ‘unnamed’! Sadly, a year later one of his brothers, Angus, died. Another sibling, Roy, had died aged just three months in 1889.

The 1901 Census records the family still lived at Humberstone Road but they had moved from No. 16 to No. 38. Disaster struck the family yet again as, a few weeks after the census, Doctor Haydon died in tragic circumstances. His widow moved to Greenheys, Manchester and it was there that Alan attended the Dulcie Avenue School.

In January 1902, he was admitted to Ellesmere College. He was allocated a bed in the ‘Heywood’ dormitory and took up a desk in Form I under the instruction of Mr. S. Isbister. That term there were eighteen new boys and at least eight of them served in uniform during the war. Alan stayed at Ellesmere for just under two years and then left – but not in very favourable circumstances. What is most extraordinary is that from all the records available there is not a single reference to him having played in any sports team, acted in a drama production, sitting an exam or being awarded a prize – it is almost as if he never was at the college!

He left Ellesmere and, some three years or so later, on 4th October 1907, he signed on as an Indentured Apprentice in the Merchant Navy with Robert H Gayner, owner of the Sunderland & South Shields Water Company. He signed on for three years but it appears his ‘employment’ with the Gayner family came to an end on 1st January when he ‘deserted’ from the Northernhay at Newcastle, New South Wales. Alan seems to have then joined another vessel and made his way back to England as, on 16th March, in London, he embarked

the Salamis  as a passenger for the long voyage back to Sydney. Australian records have him sailing to Valparaiso, Chile on the Frankdale in June 1910

The Ellesmerian reported he was “Engineering at Antofagasta, in Chile”. Antofagasta, a port in Northern Chile, 1000 km from Santiago, was a city whose economic strength derived from mining. In 1905, the city authorities had embarked on a massive project to install a civil infrastructure and it is obvious that Alan, and his brother, had decided this was the place for them to make their fortunes in life.

Shipping records show his arrival back in England on 26th July 1915. His records do not show when he enlisted in the army but he applied for a commission on 30th September 1915. On the application form he detailed his previous military experience as having served with the Australian Defence Force as a Private in the Kennedy Infantry Regiment, North Queensland until he resigned on 3rd September 1910 when he left the country.

His previous military experience would have speeded up his officer training and he was soon commissioned. He served as a Lieutenant with the 71st Field Company, the Royal Engineers, which was allocated to the 13thWestern Division. There were some 250,000 men in the Royal Engineers who provided military and engineering support to the frontline troops.
While Alan was travelling back to England, the 71st Field Company was in action at Gallipoli. We do not know exactly when he joined them but, in December 1915, they evacuated from Suvla Bay and, after a week’s rest, they moved to the Helles Bridgehead before leaving there in early January.

The 13th Western Division concentrated at Port Said, held forward posts in the defence of the Suez Canal before they moved to Mesopotomia in mid-February to assist in the Relief of Kut.

Units of the Division were the first troops to enter Baghdad when it fell on 11th March 1917. After this success the Division continued with its advance through Iraq.

Alan survived the war but died in the Palace Green Military Hospital, Kensington High Street, London on 28thDecember 1918, leaving his estate to his mother.

He was buried in Brookwood Military Cemetery, Surrey alongside 1,600 other casualties of the Great War. 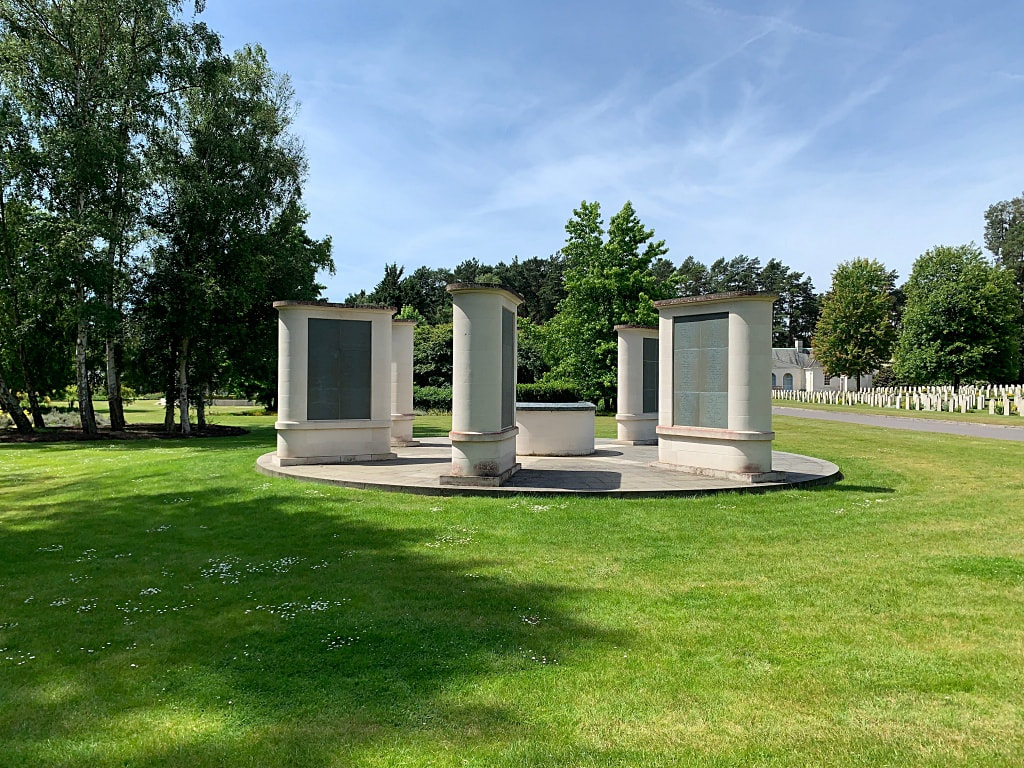 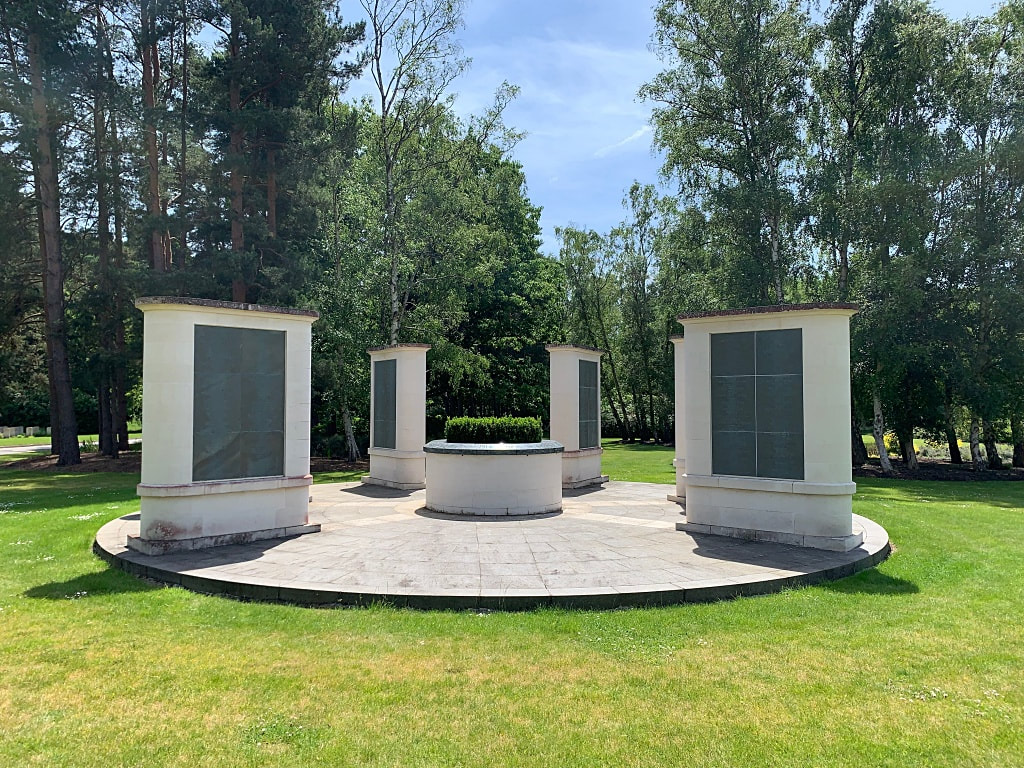 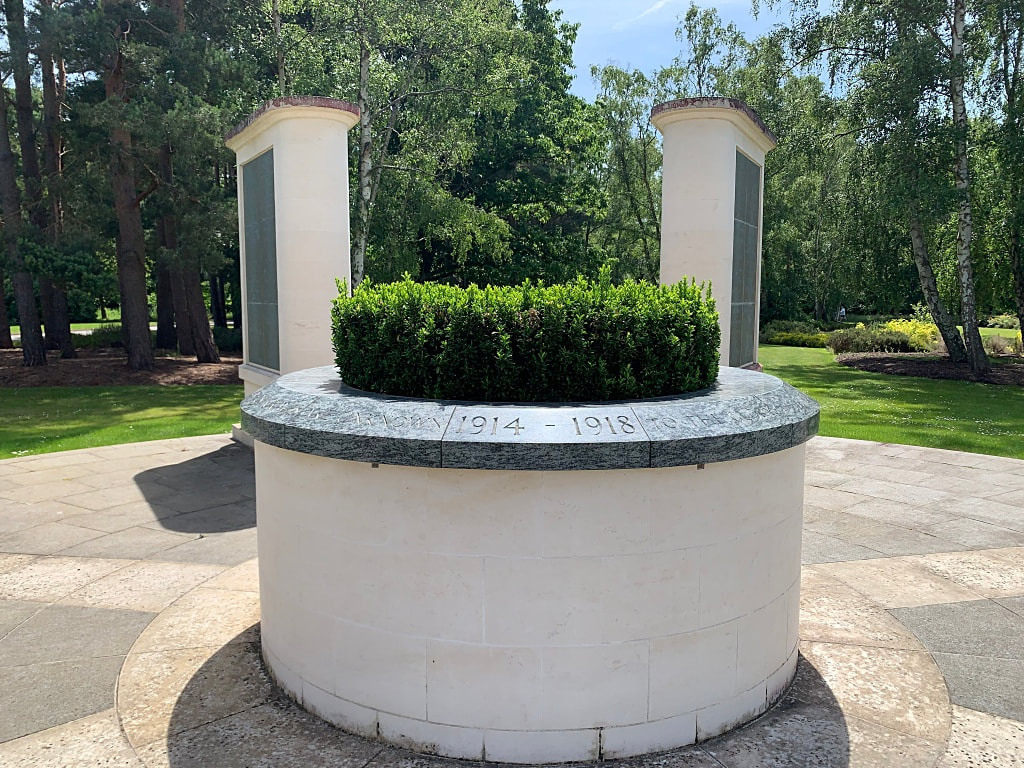 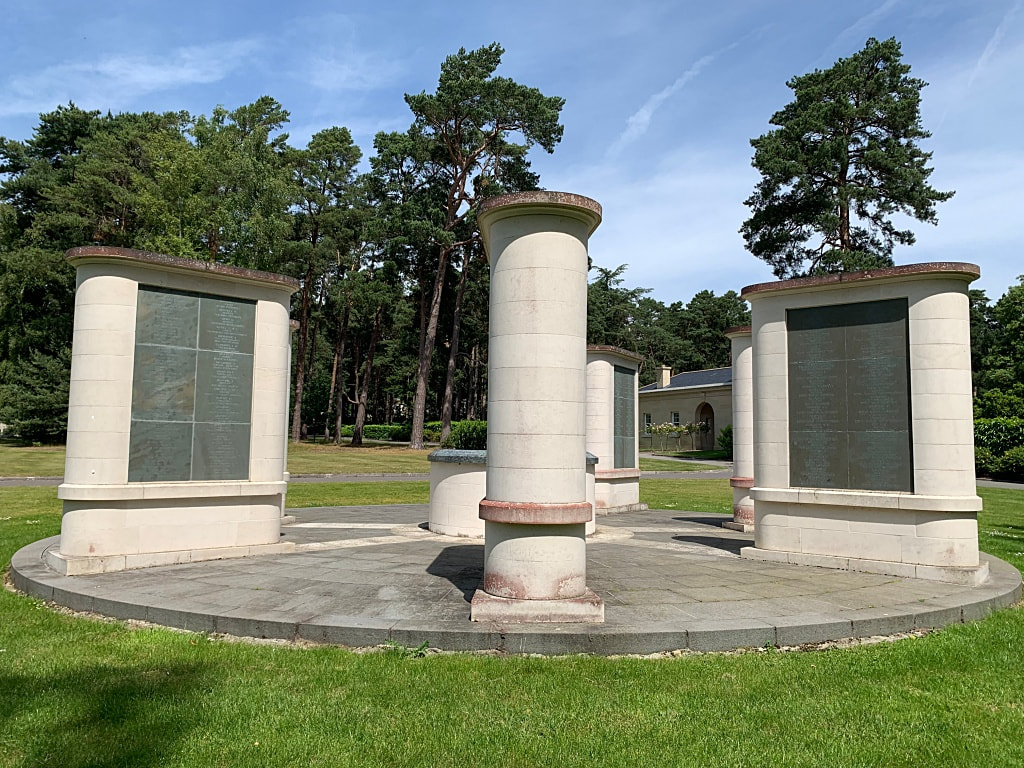 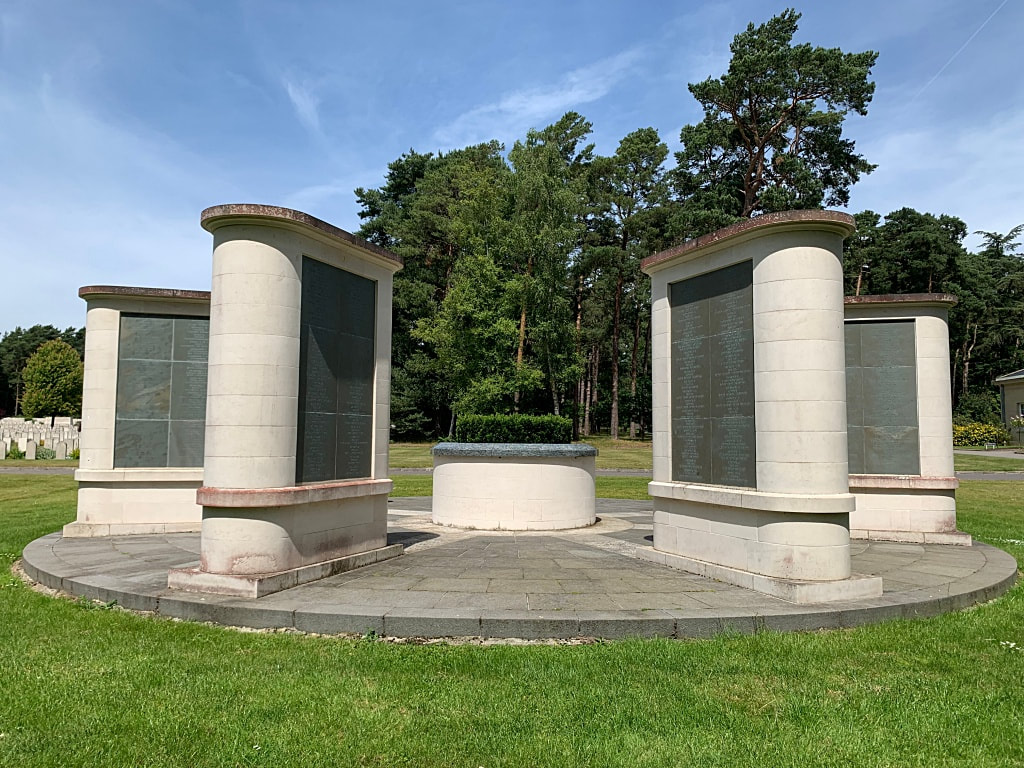 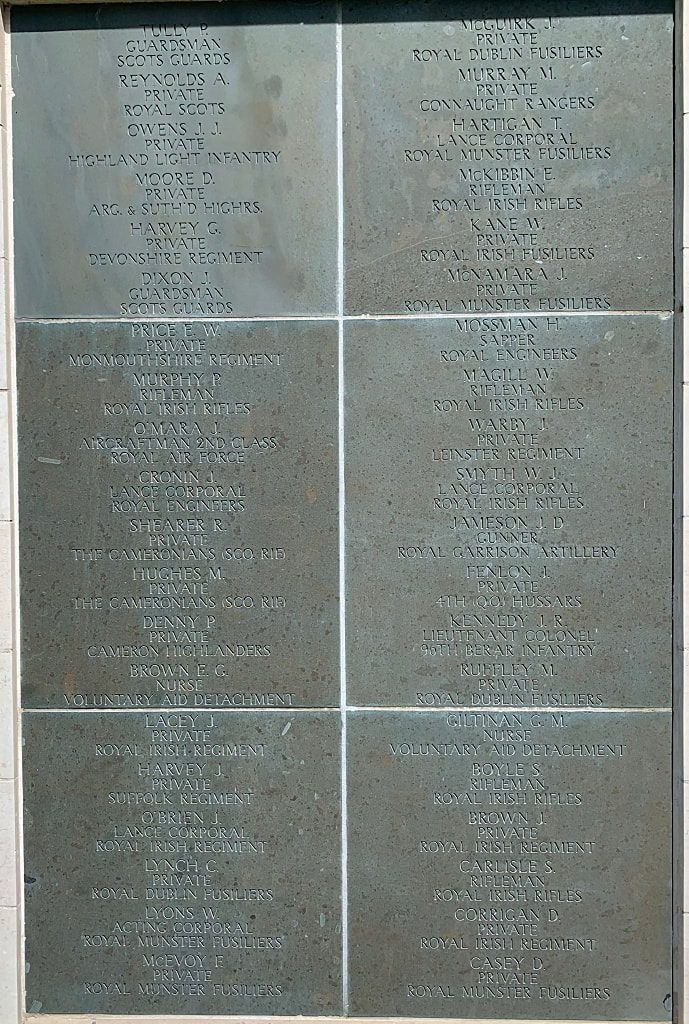