The Tower Hill Memorial commemorates men and women of the Merchant Navy and Fishing Fleets who died in both World Wars and who have no known grave. It stands on the south side of the garden of Trinity Square, London, close to The Tower of London.

The Memorial Register may be consulted at Trinity House Corporation, Trinity Square (Cooper's Row entrance), Tower Hill, London EC3N 4DH, which will be found behind the Memorial. Tel: 020 7481 6900.

Following renovation of the Gardens, the Council took the decision to lock the gates to Trinity Square Gardens every night. As a result, visitors should note that the gardens will open at 8 a.m and will close 1/2 hour before dusk.

In the First World War, the civilian navy's duty was to be the supply service of the Royal Navy, to transport troops and supplies to the armies, to transport raw materials to overseas munitions factories and munitions from those factories, to maintain, on a reduced scale, the ordinary import and export trade, to supply food to the home country and - in spite of greatly enlarged risks and responsibilities - to provide both personnel and ships to supplement the existing resources of the Royal Navy.

Losses of vessels were high from the outset, but had peaked in 1917 when in January the German government announced the adoption of "unrestricted submarine warfare". The subsequent preventative measures introduced by the Ministry of Shipping - including the setting up of the convoy system where warships were used to escort merchant vessels - led to a decrease in losses but by the end of the war, 3,305 merchant ships had been lost with a total of 17,000 lives.

In the Second World War, losses were again considerable in the early years, reaching a peak in 1942. The heaviest losses were suffered in the Atlantic, but convoys making their way to Russia around the North Cape, and those supplying Malta in the Mediterranean were also particularly vulnerable to attack. In all, 4,786 merchant ships were lost during the war with a total of 32,000 lives. More than one quarter of this total were lost in home waters.

The First World War section of the Tower Hill Memorial commemorates almost 12,000 Mercantile Marine casualties who have no grave but the sea. The memorial was designed by Sir Edwin Lutyens with sculpture by Sir William Reid-Dick. It was unveiled by Queen Mary on 12 December 1928.

The Second World War extension, which commemorates almost 24,000 casualties, was designed by Sir Edward Maufe, with sculpture by Charles Wheeler. It was unveiled by Queen Elizabeth II on 5 November 1955. 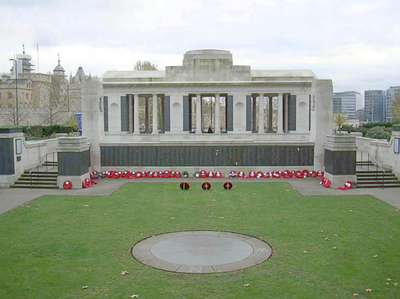 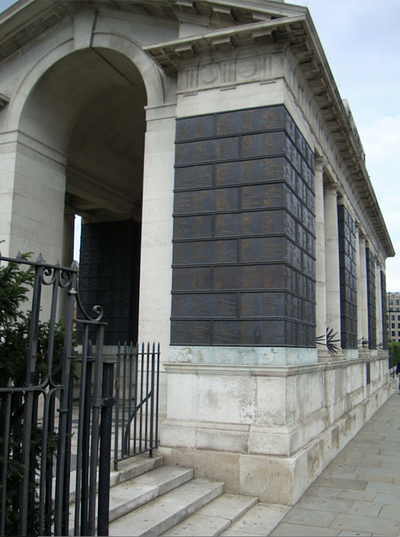 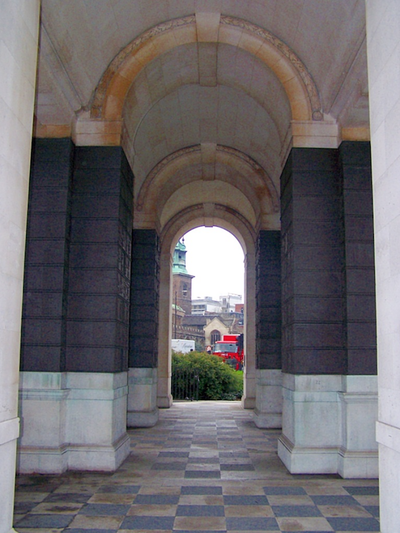 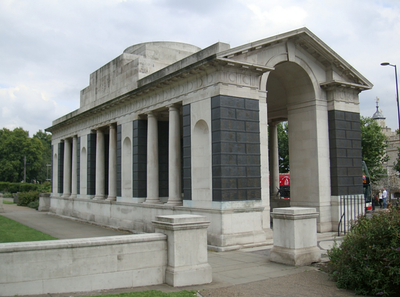 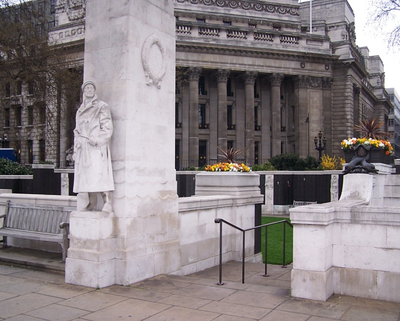 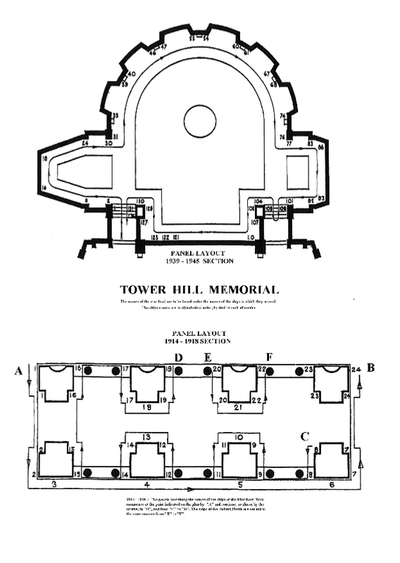 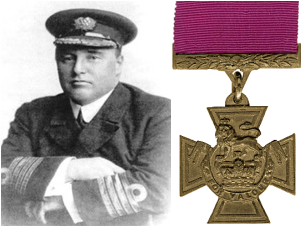 
Citation: An extract from "The London Gazette," dated 24th May, 1919, records the following:- For most conspicuous gallantry and devotion to duty when in command of the S.S. "Otaki", on the 10th March, 1917. "At about 2.30 p.m. on 10th March, 1917, the S.S."Otaki", whose armament consisted of one 4.7 in. gun for defensive purposes, sighted the disguised German raider "Moewe", which was armed with four 5.9 in., one 4.1 in. and two 22 pdr. guns, and two torpedo tubes. The "Moewe" kept the "Otaki" under observation for some time and finally called upon her to stop. This Lieutenant Smith refused to do, and a duel ensued at ranges of 1,900 - 2,000 yards, and lasted for about 20 minutes. During this action the "Otaki" scored several hits on the "Moewe", causing considerable damage, and starting a fire which lasted for three days. She sustained several casualties and received much damage herself, and was heavily on fire. Lieutenant Smith, therefore, gave orders for the boats to be lowered to allow the crew to be rescued. He remained on the ship himself and went down with her when she sank with the British colours still flying, after what was described in an enemy account as "a duel as gallant as naval history can relate." 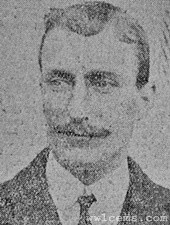 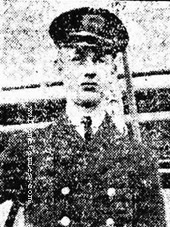 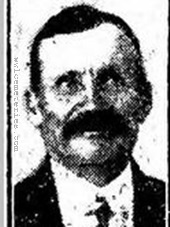 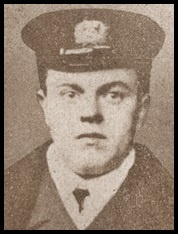