Many of the soldiers buried here died in Bethnal Green Military Hospital.

The Screen Wall at the back of the War Graves Plot commemorates by name those buried in the plot or in graves elsewhere in the cemetery which could not be marked by headstones and those who were cremated in the City of London Crematorium. 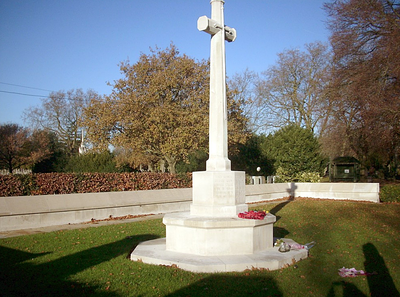 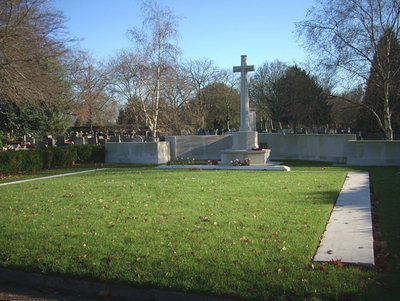 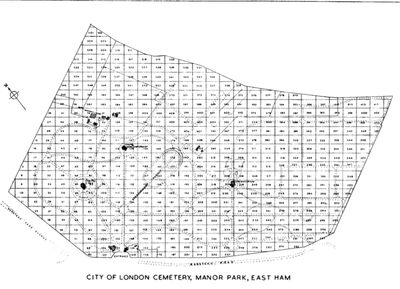 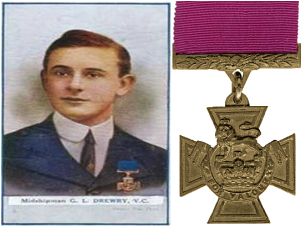 
Citation: An extract from "The London Gazette," No. 29264, dated 13th Aug., 1915, records the following:- "Assisted Commander Unwin at the work of securing the lighters under heavy rifle and maxim fire. He was wounded in the head, but continued his work and twice subsequently attempted to swim from lighter to lighter with a line." 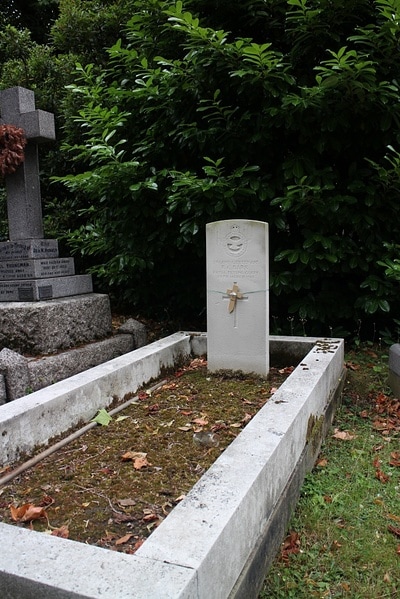 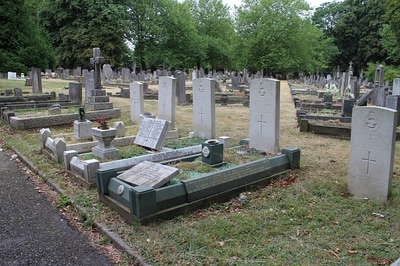 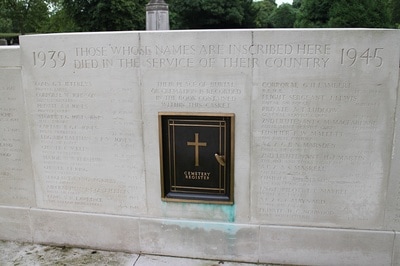 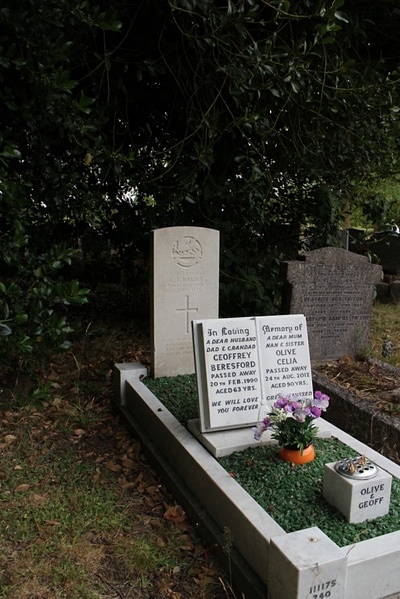 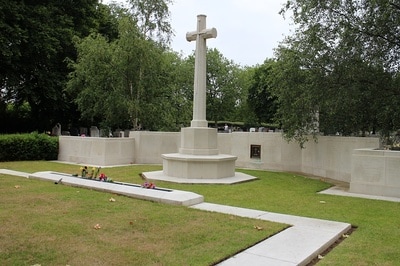 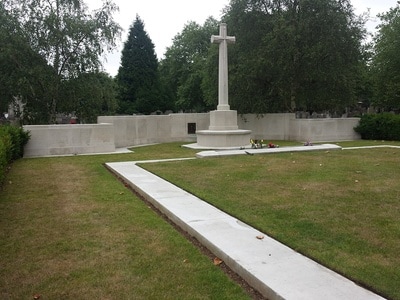