During the two world wars, the United Kingdom became an island fortress used for training troops and launching land, sea and air operations around the globe. There are more than 170,000 Commonwealth war graves in the United Kingdom, many being those of servicemen and women killed on active service, or who later succumbed to wounds. Others died in training accidents, or because of sickness or disease. The graves, many of them privately owned and marked by private memorials, will be found in more than 12,000 cemeteries and churchyards.

Preston (New Hall Lane) Cemetery contains burials of both wars, some of them from Fulwood Barracks, the headquarters of the Loyal North Lancashire and East Lancashire Regiments. There are 324 First World War burials, a number of them forming two war graves groups but the majority scattered throughout the cemetery. There is also one Belgian war grave from this period. The 166 Second World War burials are all scattered. A Cross of Sacrifice stands by the cemetery entrance. 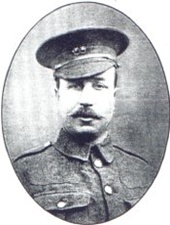 Husband of Mrs. M. E. Young, of 61, Lovat Rd.,
​
Citation: An extract from the London Gazette, dated 28th March, 1916, records the following:-"For most conspicuous bravery. On seeing that his Serjeant had been wounded he left his trench to attend to him under very heavy fire. The wounded Non-Commissioned Officer requested Private Young to get under cover, but he refused, and was almost immediately very seriously wounded by having both jaws shattered. Notwithstanding his terrible injuries, Private Young continued endeavouring to effect the rescue upon which he had set his mind, and eventually succeeded with the aid of another soldier. He then went unaided to the dressing station where it was discovered that he had also been wounded by a rifle bullet in the chest. The great fortitude, determination, courage, and devotion to duty displayed by this soldier could hardly be surpassed"