The cemetery is War Department property and contains war graves of both world wars. After the 1914-1918 War, a Cross of Sacrifice and a memorial plaque were erected here in honour of all members of His Majesty's Forces buried in Guernsey, Alderney and Sark. These now serve to commemorate also those 1939-1945 War casualties who are buried on these islands. The Cross of Sacrifice is inscribed "Their glory shall not be blotted out"; on the memorial plaque are these words:- "The Cross of Sacrifice is erected to the honoured memory of those members of His Majesty's Forces who gave their lives during the wars of 1914-1918 and 1939-1945 and are buried in the islands of Guernsey, Alderney and Sark"


Pictures © Nicholas Philpot except B & W from Ramsey, WG, The War in the Channel Islands; B & W with standing figure, from Nettles, J: Jewels & Jackboots. 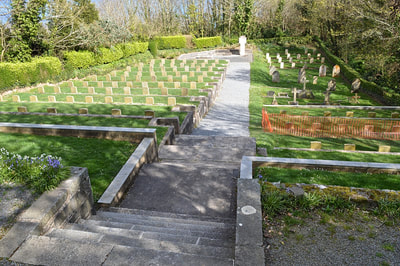 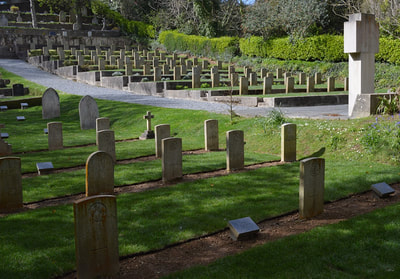 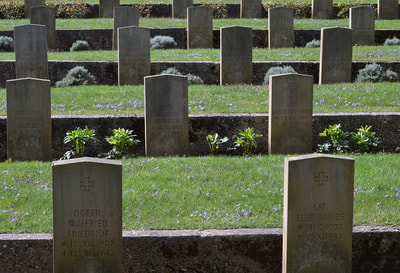 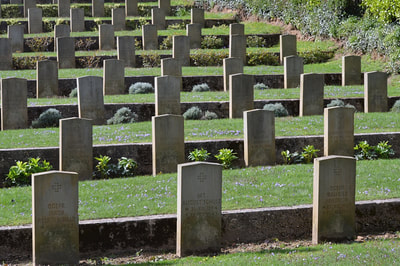 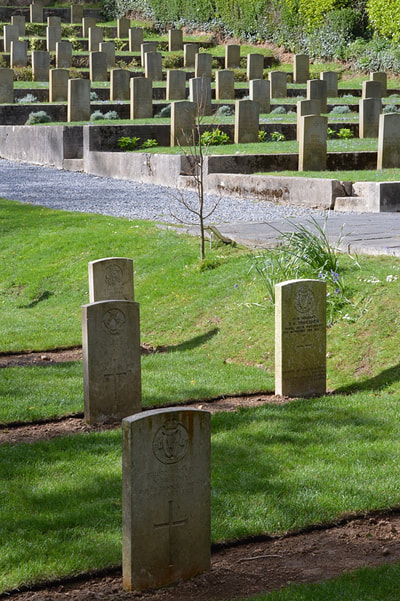 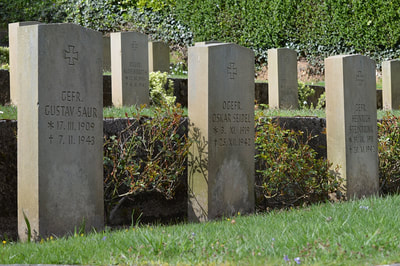 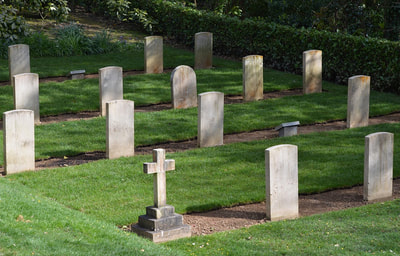 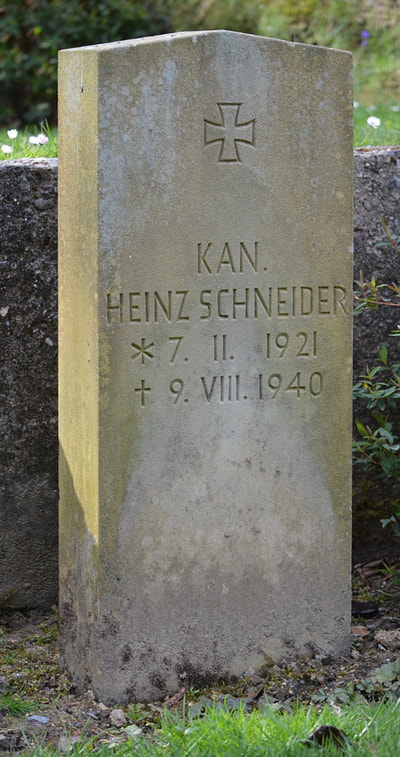 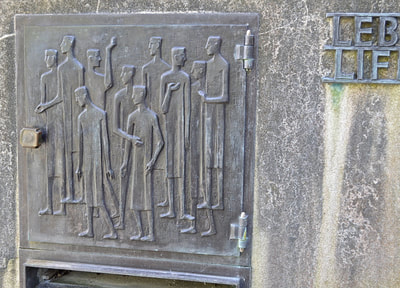 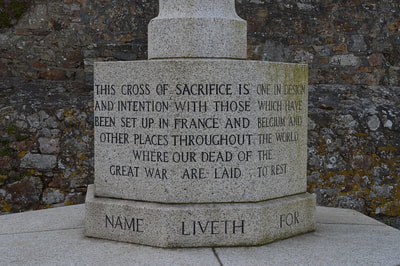 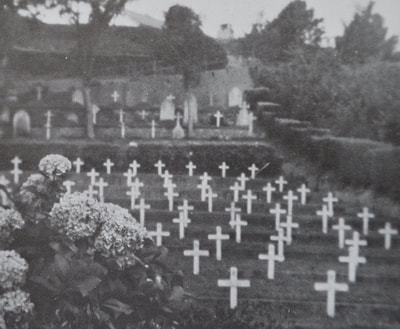 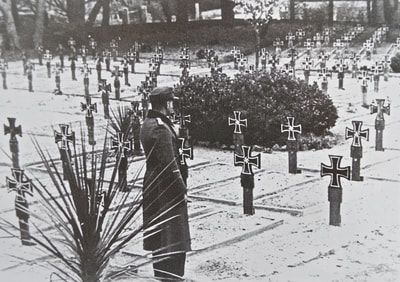