Uden is on the main road between Eindhoven and Nijmegen, about 29 kilometres from each. Odiliapeel is a village 7 kilometres east of Uden.

This cemetery is directly behind the Roman Catholic Church, in the centre of Odiliapeel. Here are buried 4 airmen of the Royal Air Force, the graves being in the south-south-west part of the cemetery. 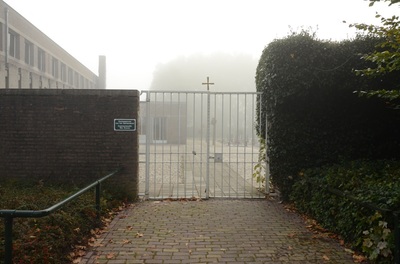 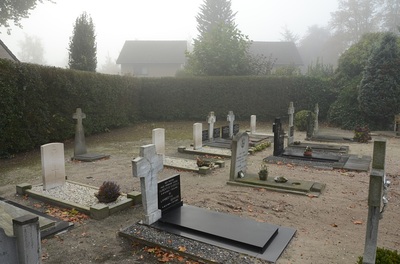 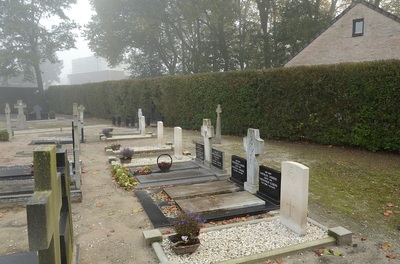 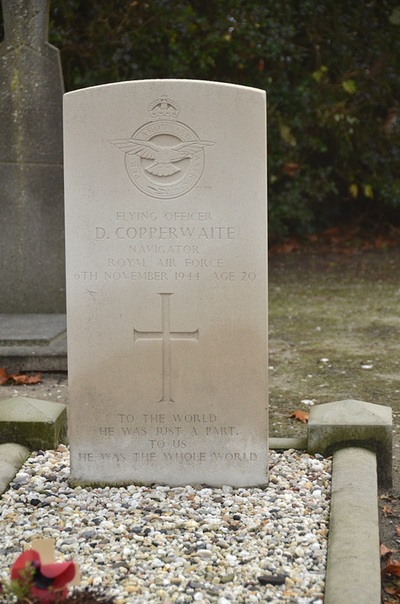 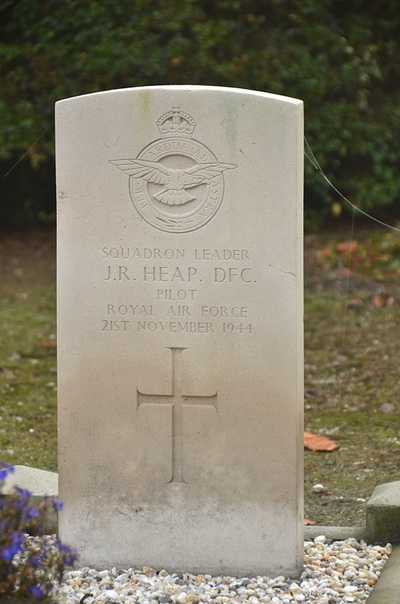 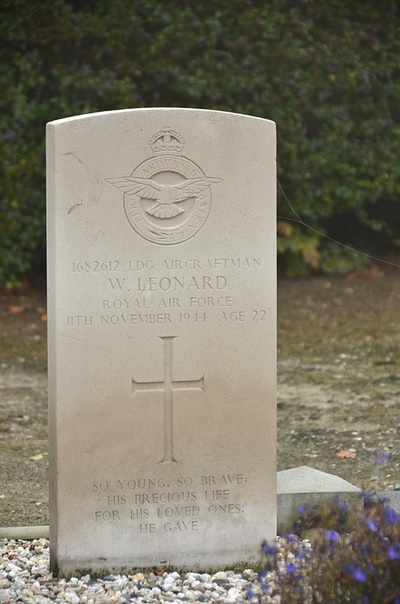