The Cemetery is approximately 800 metres north of the village of Thibar, which is some 30 kilometres south west of Beja on the road to Teboursouk. The cemetery adjoins the grounds of the Agricultural College.

On 8 November 1942, Commonwealth and American troops made a series of landings in Algeria and Morocco. The Germans responded immediately by sending a force from Sicily to northern Tunisia, which checked the Allied advance east in early December. Thibar was just behind the limit of the advance that winter. 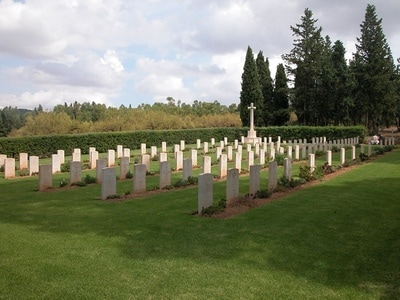 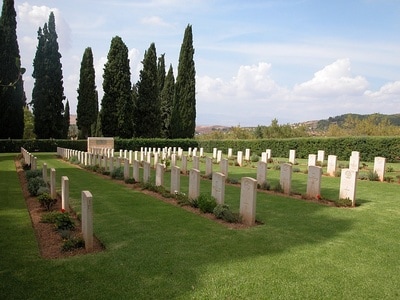 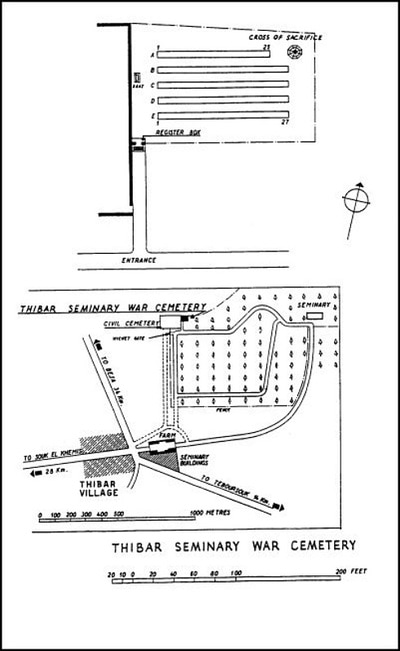