There is no register box at this cemetery and therefore the cemetery register and visitors book are only available should a visit coincide with the presence of the part-time cemetery guardian.
​

On 8 November 1942, Commonwealth and American troops made a series of landings in Algeria and Morocco. The Germans responded immediately by sending a force from Sicily to northern Tunisia, which checked the Allied advance east in early December. Oued Zarga was just behind the limit of the advance that winter. 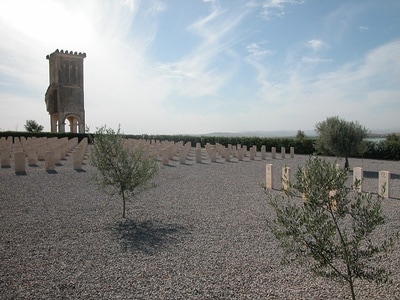 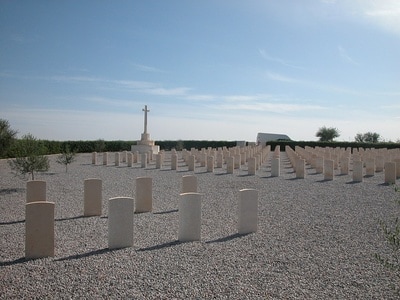 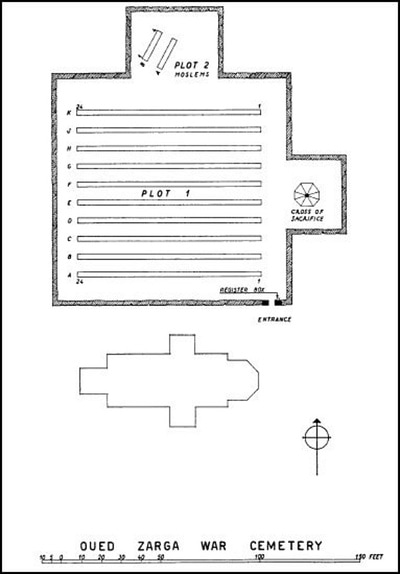