The cemetery gates are not locked, so it is possible to visit the cemetery at all times, including Saturdays and Sundays. However, the register and visitors' book will not be available outside working hours, as they are kept locked in the gardeners toolshed.

The gardeners hours of work are:

The campaign began on 8 November 1942, when Commonwealth and American troops made a series of landings in Algeria and Morocco. The Germans responded immediately by sending a force from Sicily to northern Tunisia, which checked the Allied advance east in early December. In the south, the Axis forces defeated at El Alamein withdrew into Tunisia along the coast through Libya, pursued by the Allied Eighth Army. By mid April 1943, the combined Axis force was hemmed into a small corner of north-eastern Tunisia and the Allies were grouped for their final offensive.

Medjez-el-Bab was at the limit of the Allied advance in December 1942 and remained on the front line until the decisive Allied advances of April and May 1943.

There are 2,903 Commonwealth servicemen of the Second World War buried or commemorated in MEDJEZ-EL-BAB WAR CEMETERY. 385 of the burials are unidentified. Special memorials commemorate three soldiers buried in Tunis (Borgel) Cemetery and one in Youks-les-Bains Cemetery, whose graves are now lost.

The five First World War burials in Medjez-el-Bab War Cemetery were brought in from Tunis (Belvedere) Cemetery or in Carthage (Basilica Karita) Cemetery in 1950. 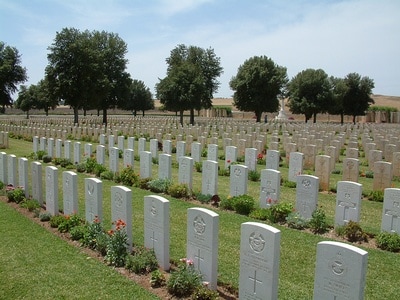 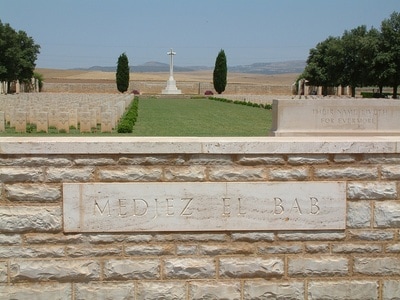 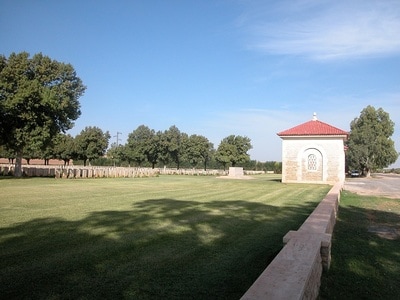 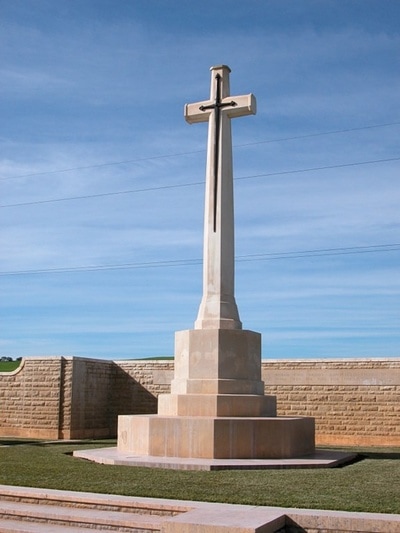 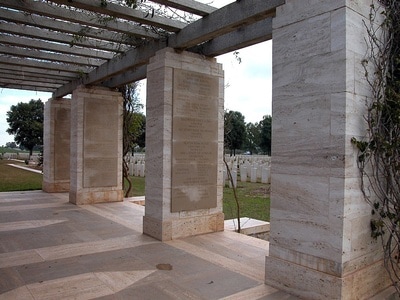 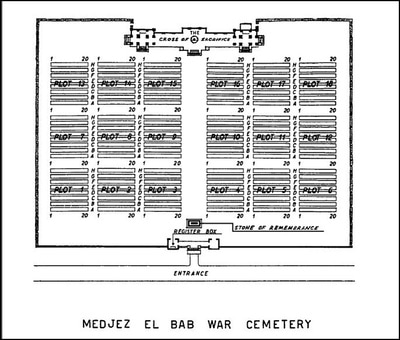