The campaign began on 8 November 1942, when Commonwealth and American troops made a series of landings in Algeria and Morocco. The Germans responded immediately by sending a force from Sicily to northern Tunisia, which checked the Allied advance east in early December. Meanwhile, in the south, the Axis forces defeated at El Alamein were withdrawing into Tunisia along the coast through Libya, pursued by the Allied Eighth Army.

By mid April 1943, the combined Axis force was hemmed into a small corner of north-eastern Tunisia and the Allies were grouped for their final offensive.

Many of those buried at Massicault War Cemetery died in the preparation for the final drive to Tunis in April 1943 and in that advance at the beginning of May.

The cemetery contains 1,576 Commonwealth burials of the Second World War, 130 of them unidentified. 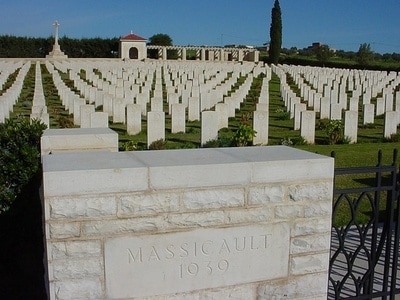 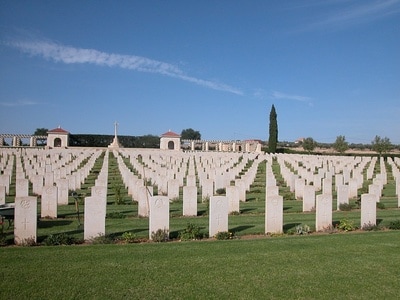 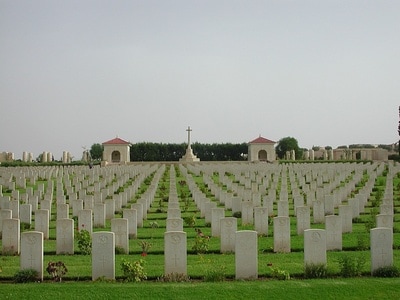 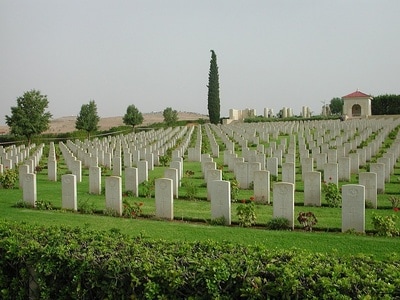 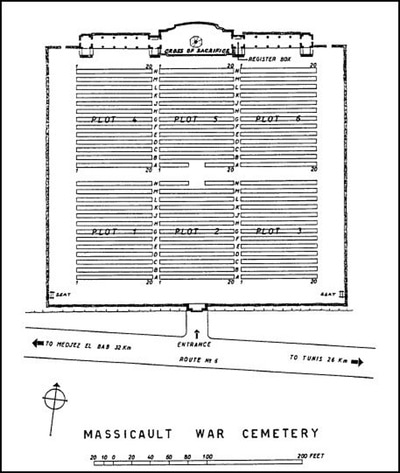 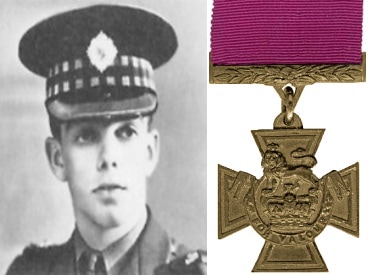 
Citation: The citation in the London Gazette of 12th August, 1943, gives the following details; From 22nd April, 1943, Captain the Lord Lyell commanded his company with great courage, ability and cheerfulness. He led it down a slope under heavy mortar fire to repel a German counter-attack on 22nd April, and led it again under heavy fire on 23rd April in order to capture and consolidate a high point, which was held through a very arduous period of shelling, heat and shortage of water. In the evening of 27th April, Lord Lyell's company, while taking part in an attack, was held up by fire from a position which consisted of an 88-millimetre gun and a heavy machine-gun in separate pits. Lord Lyell led four men to attack this position; he was far in front of the others, and destroyed the machine-gun pit with a hand-grenade. Then, aided by covering fire from the only uninjured man of his party, he attacked the 88-millimetre gun pit before its crew could fire more than one shot. He killed a number of them before being overwhelmed and killed himself. The few survivors withdrew and his company was able to advance and take its objective. Lord Lyell's outstanding leadership, gallantry and self-sacrifice enabled his company to carry out its task, which had an important bearing on the success of the battalion and of the brigade. 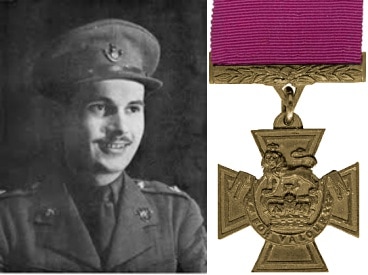 
Citation: The citation in the London Gazette for 29th June, 1943, gives the following details: During an attack on Guiriat el Atach, in Tunisia, on 23rd April, 1943, Lieutenant Sandys-Clarke's company gained their objective, but were counter-attacked and almost wiped out, he alone surviving of the officers. Although wounded, he gathered together a composite platoon and attacked the position again. The platoon was held up by heavy fire from a machine-gun post, which Lieutenant Sandys-Clarke tackled single-handed and knocked out. After personally dealing in the same way with two more machine-guns posts, he led his platoon to the objective. While they were consolidating there, they came under fire from two sniper posts; without hesitation he again advanced single-handed, and was killed within a few feet of the enemy. His quick grasp of the situation and his brilliant leadership undoubtedly restored the situation, while his outstanding bravery and tenacious devotion to duty were beyond praise.