Beja is a market town approximately 100 kilometres west of Tunis.

Beja War Cemetery is located approximately 100 metres north west of the railway station and is next to the derelict Christian civil cemetery.

The Cemetery is permanently open and may be visited at any time, however please note that the register and visitors book are only available during the gardeners working hours which are as follows:

On 8 November 1942, Commonwealth and American troops made a series of landings in Algeria and Morocco. The Germans responded immediately by sending a force from Sicily to northern Tunisia, which checked the Allied advance east in early December. Beja was just behind the limit of the advance that winter. 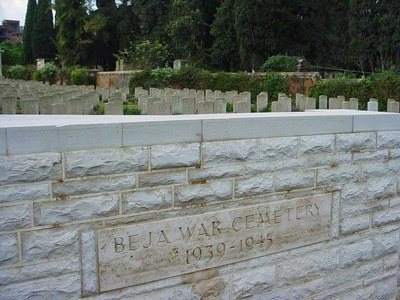 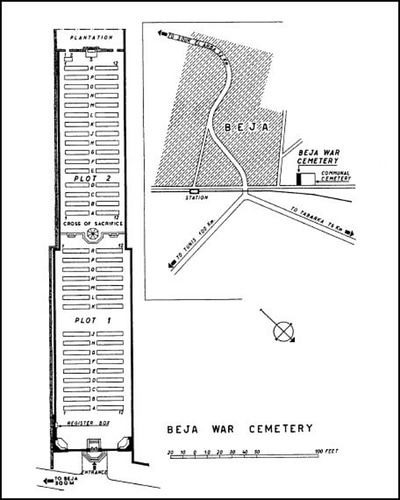 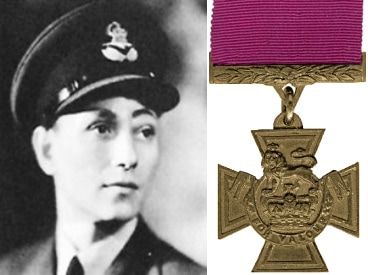 
Citation: The citation in the London Gazette of 28th April, 1943 gives the following details: On 17th November, 1942, Wing-Comdr. Malcolm was ordered to carry out with his light bomber squadron a low-level formation attack on Bizerta airfield. In spite of fierce opposition, all the squadron's bombs were dropped on the airfield. Two enemy machines were shot down and others damaged on the ground. On 28th November, 1942, he again led his squadron against Bizerta airfield and though it was heavily defended he successfully attacked it with bombs and machine-gun fire. On 4th December, 1942, Wing-Comdr. Malcolm, while giving close support to the First Army, received an urgent request to attack an enemy fighter airfield. The attack, made without fighter escort, was successful, but the squadron was intercepted by an overwhelming force of enemy fighters. Although Wing-Comdr. Malcolm fought back the aircraft in his formation were shot down one by one, in the end his own machine was shot down in flames. Throughout his service in command of a light bomber squadron in North Africa Wing-Comdr. Malcolm's leadership, skill and daring were of the highest order. His last exploit was the finest example of the valour and unswerving devotion to duty which he constantly displayed.