Templeuve Communal Cemetry is located 13 km west of Tournai on the N509 which connects Tournai to Templeuve. From Tournai the N509 leaves Tournai via the Rue Saint Eleuthere, a road leading from the R52 Tournai ring road in the north west portion of the ring road between the N7 and N50 junctions.

The N509 is a continuous road to the village of Templeuve. On reaching the village the cemetery is located on La Chapelle which is the first left hand turning from the N509 in the village itself.

One plot is a little South-East of the middle of the cemetery, and the other plot is against the North-West wall.

Templeuve Communal Cemetery contains 13 Commonwealth burials of the Second World War. Nearby are ten First World War graves, all made during October and November 1918 and the Advance to Victory. 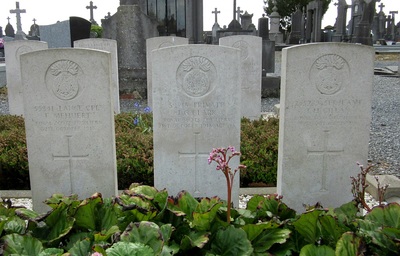 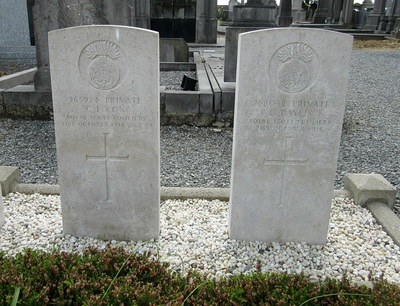 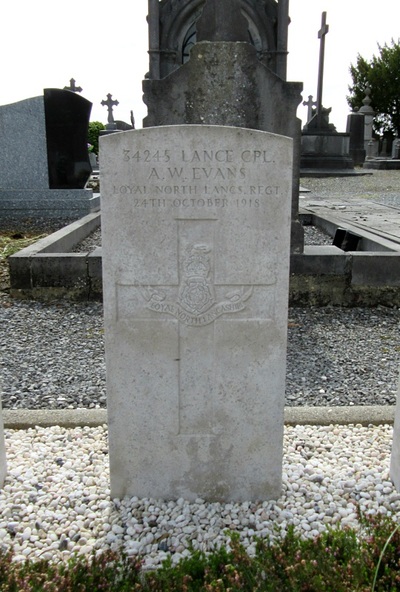 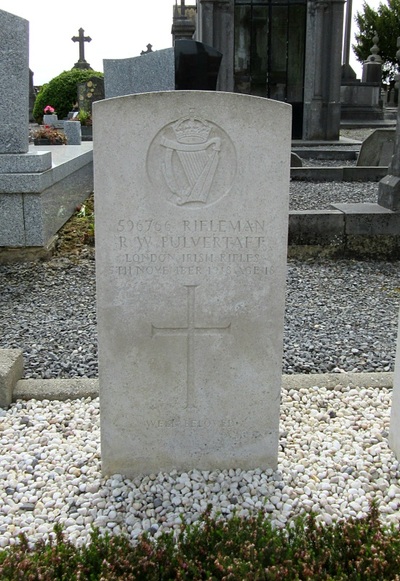 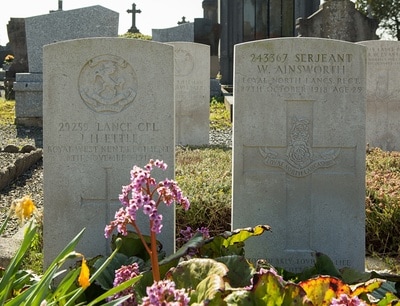 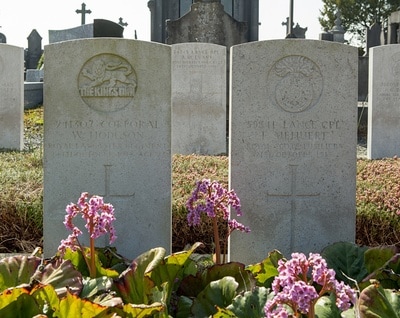 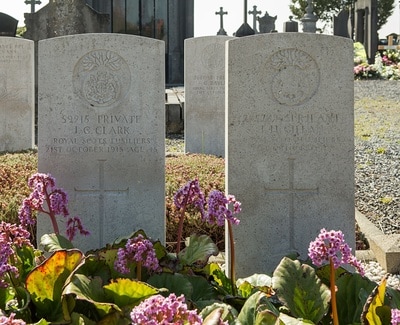 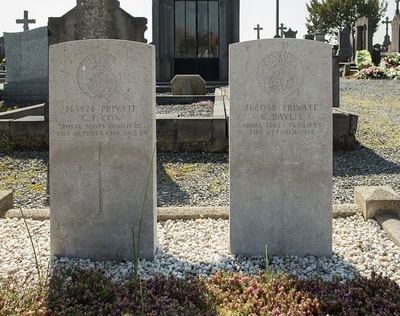 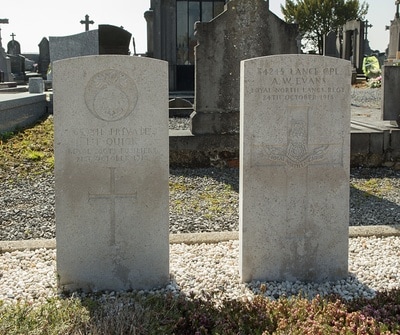 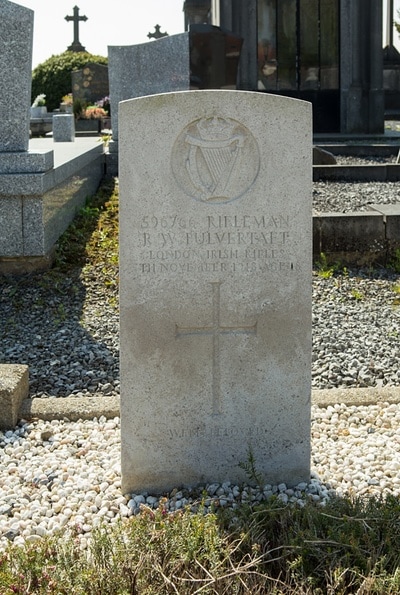 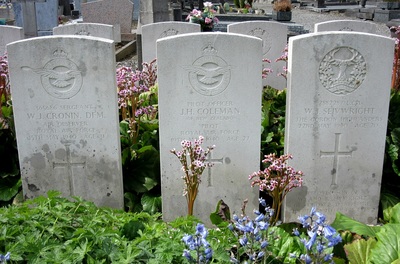 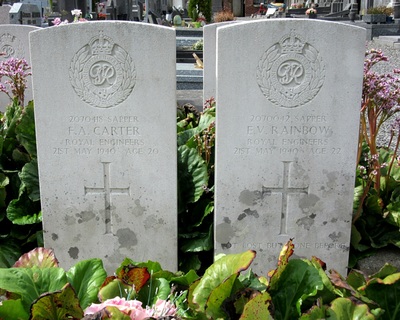 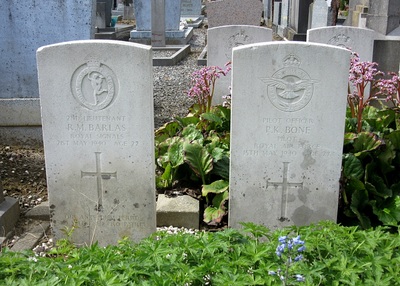 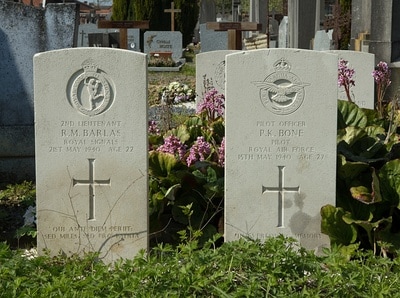 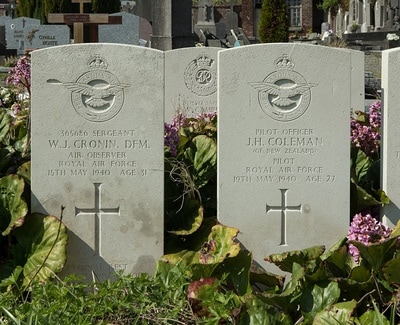 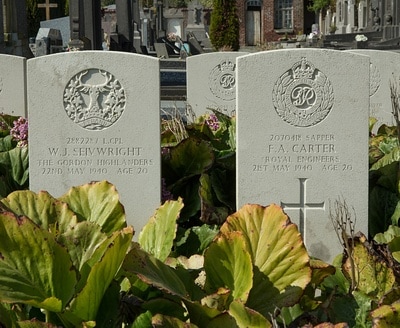 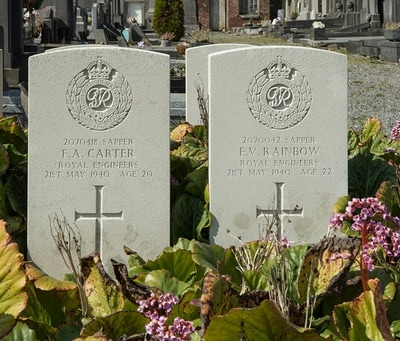 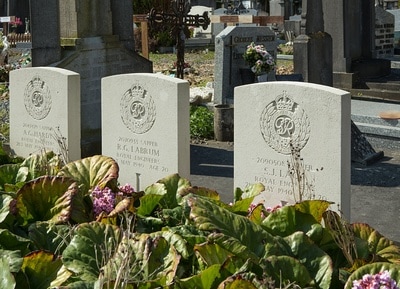 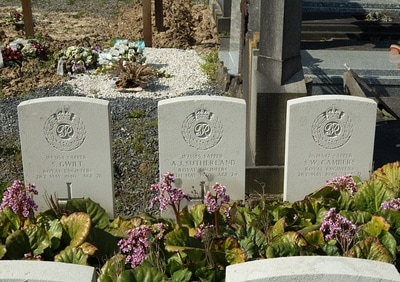 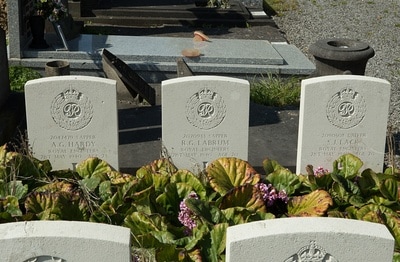