Hobart, the capital of Tasmania, is a town and seaport in the south-eastern part of the island, with a harbour on the estuary of the Derwent. The Public Cemetery is at Cornelian Bay, 3.5 miles by road from Hobart General Post Office.

During the Second World War, Hobart was provided with fixed defences for the protection of its shipping.

HOBART (CORNELIAN BAY) PUBLIC CEMETERY contains 49 Commonwealth burials of the First World War and 75 from the Second World War. Of these, over 40 are in the war graves plot, known locally as Hobart War Cemetery. The remaining war graves are in various other parts of the cemetery.

Also situated in the cemetery are the HOBART CREMATORIUM, where 18 Second World War servicemen whose remains were cremated are commemorated, and the TASMANIA CREMATION MEMORIAL, honouring four men whose ashes were scattered elsewhere in Tasmania. 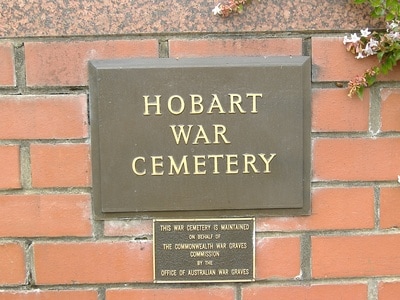 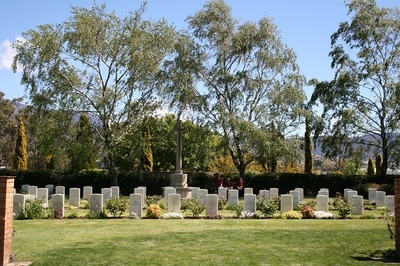 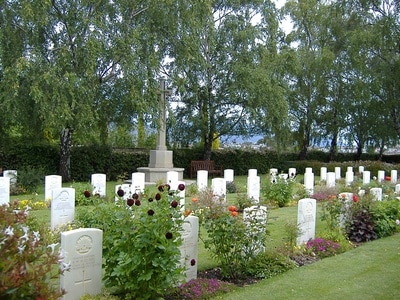 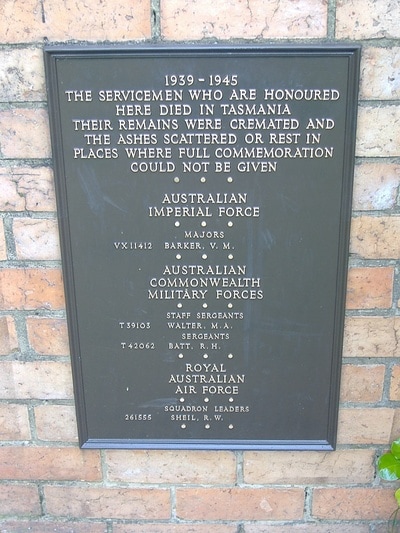 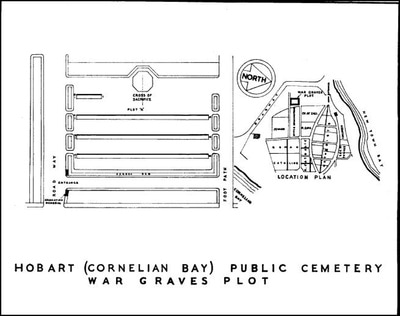 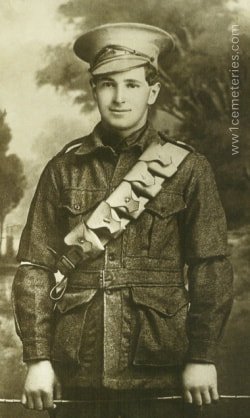 Commemorated on the Cremation Memorial

Studio portrait of 6292 Private (Pte) Sydney Roy Eaves, 18th Battalion, of Chatswood, NSW. A labourer prior to enlistment, Pte Eaves embarked with the 18th Reinforcements from Sydney on HMAT Suevic on 11 November 1916. After being wounded on the Western Front he returned to Australia in 1919. Following the First World War, Eaves became an orchardist. On 20 November 1939 he enlisted in the Second AIF. Whilst serving with the Australian Army Service Corps, Camp Q Staff, Brighton, Tas, T255493 Pte (Driver) Eaves died of illness on 14 November 1945, aged 50. 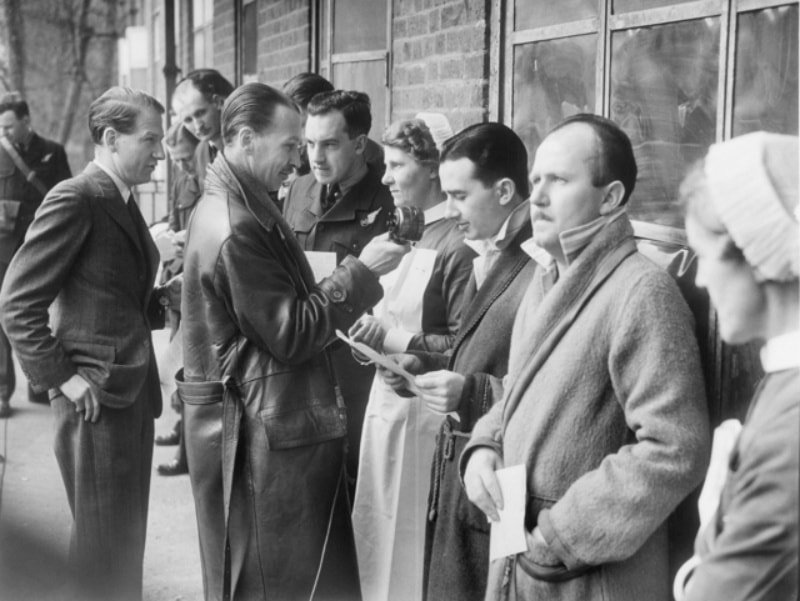 H.H. Stewart (left) introduces to the BBC microphone Australians visiting two of their cobbers in a London hospital.
Buried in this cemetery and taking part in the "Anzacs Calling Home" programme (second from the right) is 5022 Leading Aircraftman Maxwell George Duggan (Royal Australian Air Force) who died of illness on 4th June 1943, aged 26. Plot A. A. 11. Son of Lewis Montreal Duggan and Helen Mary Duggan; husband of Nancye Irene Duggan, of Lindisfarne. 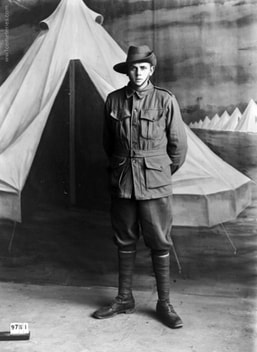 Studio portrait of 2456 Private (Pte) Robert Charles Fisher, 12th Battalion, A farmer of Leith, Tas. Pte Fisher embarked with the 7th Reinforcements on HMAT Persia from Melbourne on 10 August 1915. Later transferring to the 52nd Battalion he returned to Australia on 27 July 1917 classified as medically unfit. On 12 November he died of tuberculosis and was buried in the Hobart (Cornelian Bay) Public Cemetery.