The city of Malmo is on the south-west coast opposite to Copenhagen. From the E6 to Goteberg turn off to Malmo Centrum and Rosegard. Follow this road under the underpass and at the traffic lights turn right. The cemetery is on the corner of Industrigated and Olof Hagensens Alle. Follow the main path to the first crosspath, turn left and then take second path right and the Commonwealth war graves will be found along here in Plot 4d. 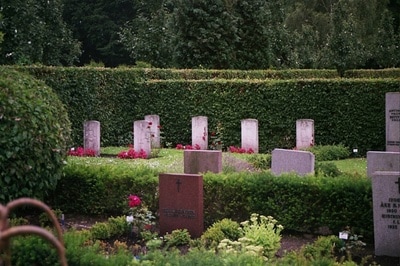