The village of Staden is located 8 kilometres north-west of the town of Roeselare (formerly Roulers), on the N36 road which runs between Roeselare and Diksmuide (Dixmuide). Driving from Roeslare follow the N36 through the village of Sleyhage and Staden is the next village. As you enter the village you come to the market place. Take the turning on the right to Kortemark, this is called Bruggesraat. Take then the first turning left into De Carninstraat, the cemetery is along here on the right. The grave is located along the main path, then take the fourth path on the left and the first right (Plot 1V).

Staden Communal Cemetery contains the grave of one Commonwealth airman of the Second World War. 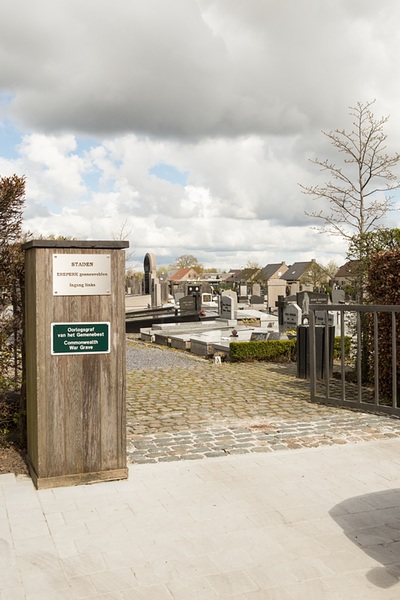 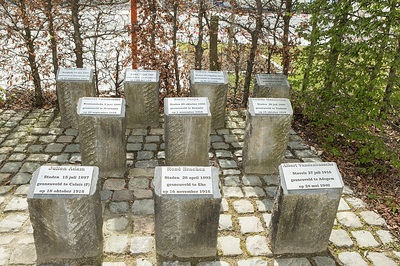 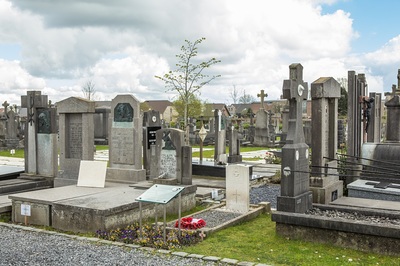 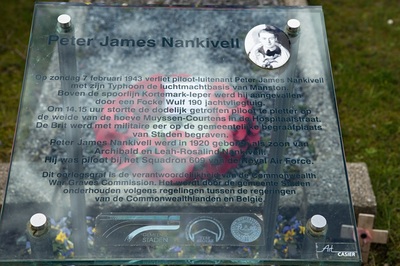 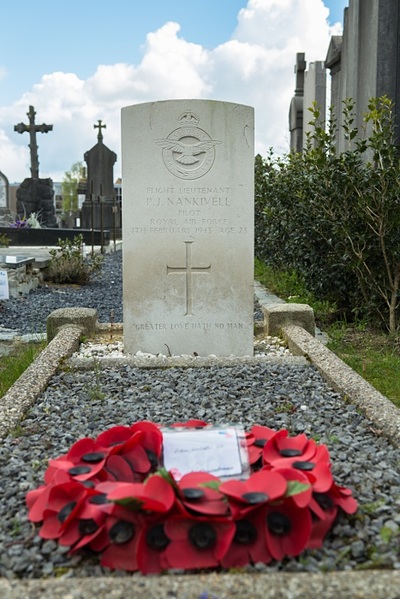 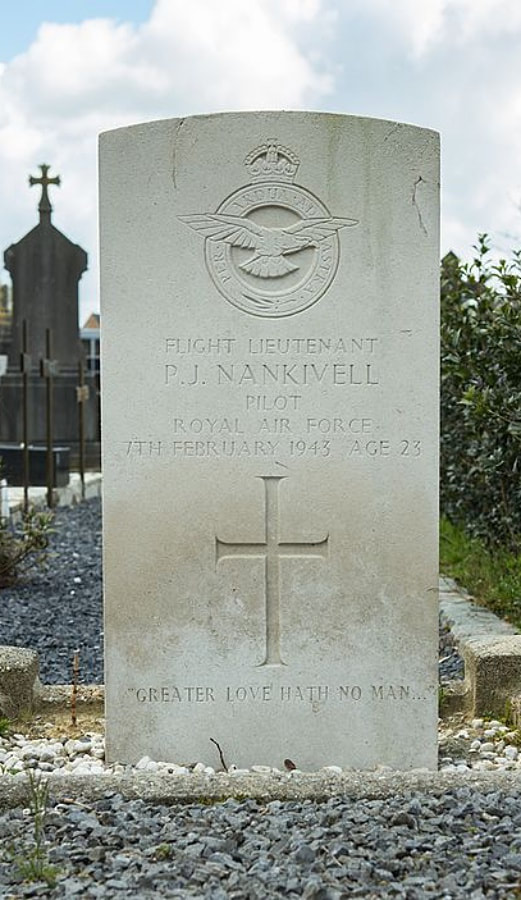