Sint-Joris Communal Cemetery is located 3 km east of the town of Nieuwpoort on the N367, Brugsesteenweg. The N367 begins at the Achterhaven and is a continuous road to the village of St. Joris. On reaching the village the cemetery is located 1 km further on the right hand side of the road.


Historical Information
​
The British Expeditionary Force was involved in the later stages of the defence of Belgium following the German invasion in May 1940, and suffered many casualties in covering the withdrawal to Dunkirk. Commonwealth forces did not return until September 1944, but in the intervening years, many airmen were shot down or crashed in raids on strategic objectives in Belgium, or while returning from missions over Germany. 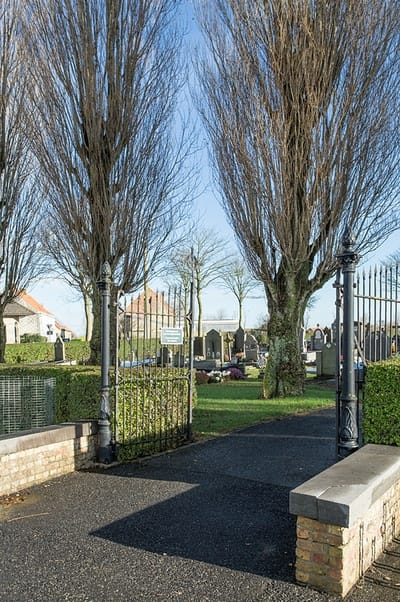 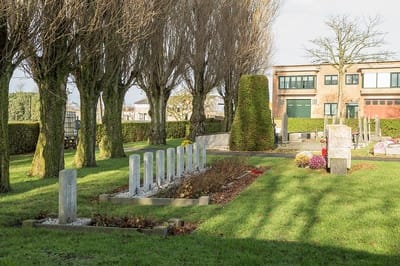 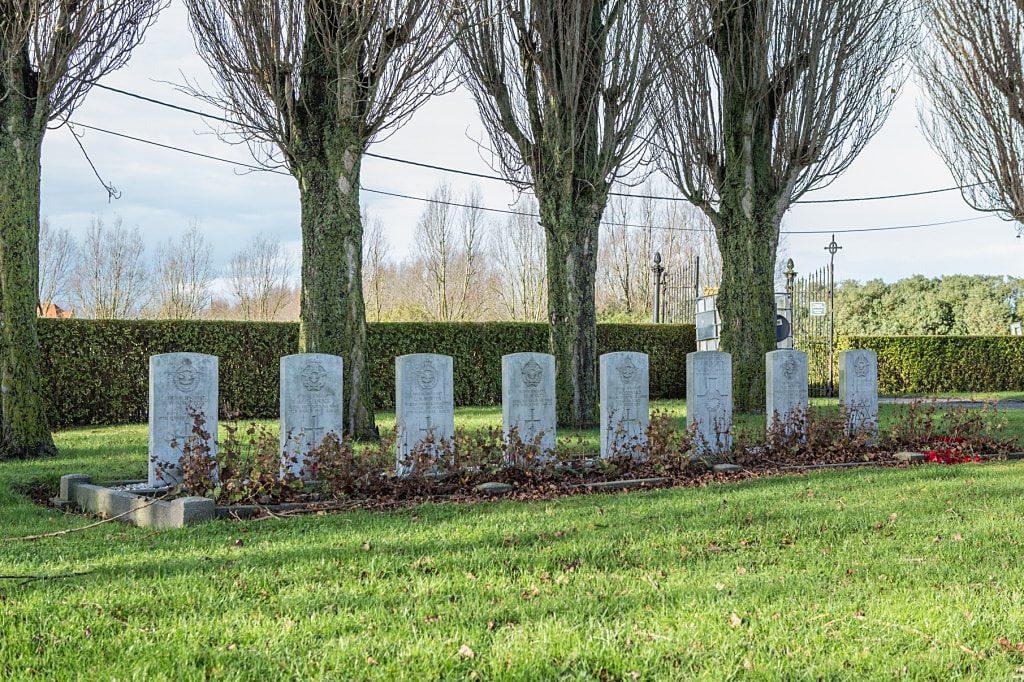 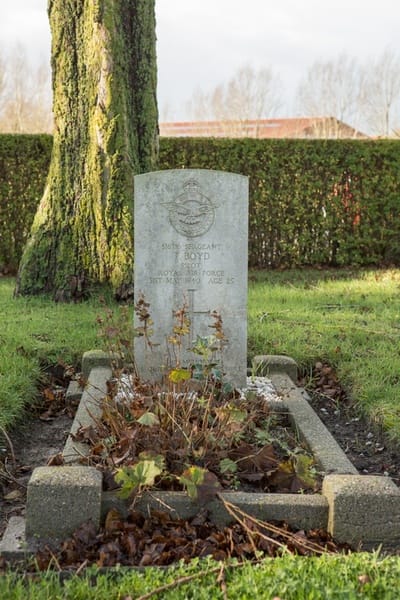 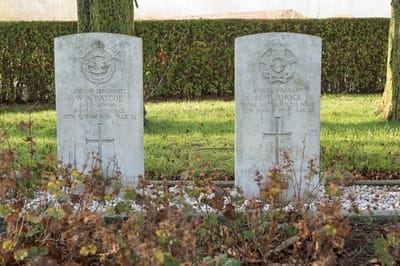 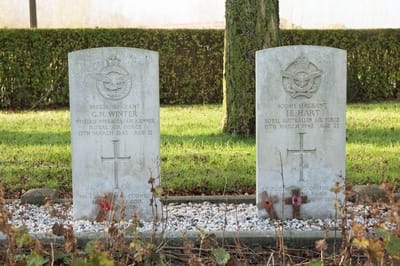 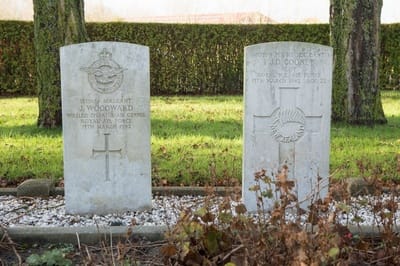 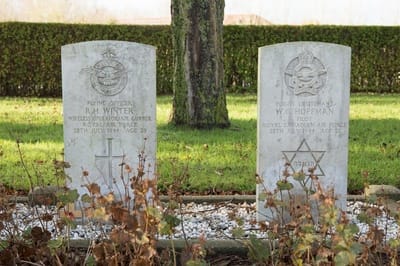 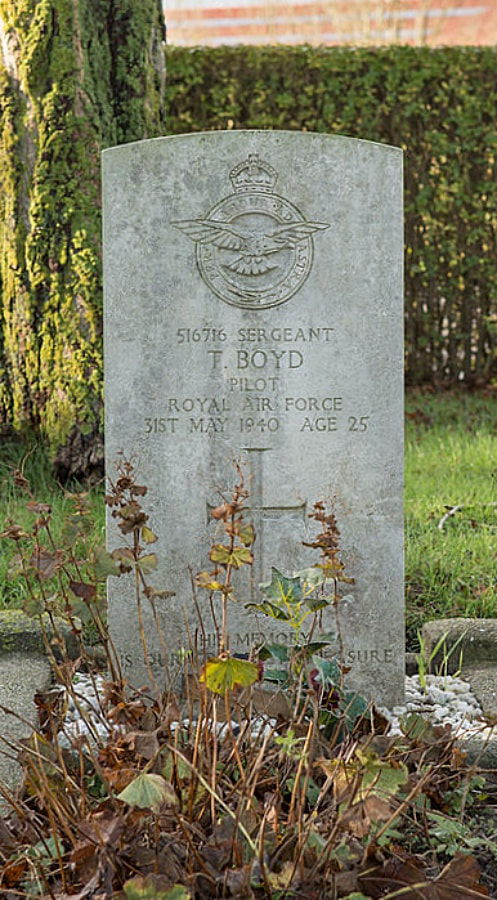 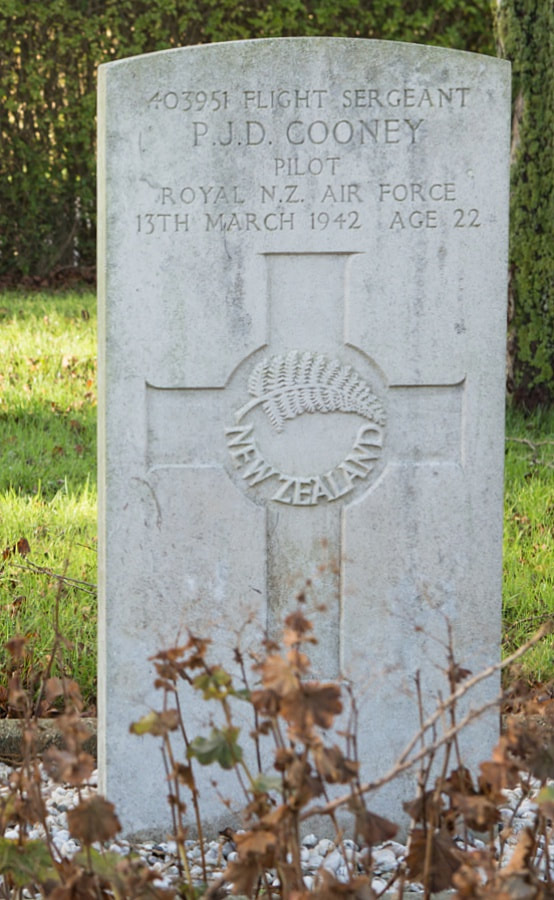 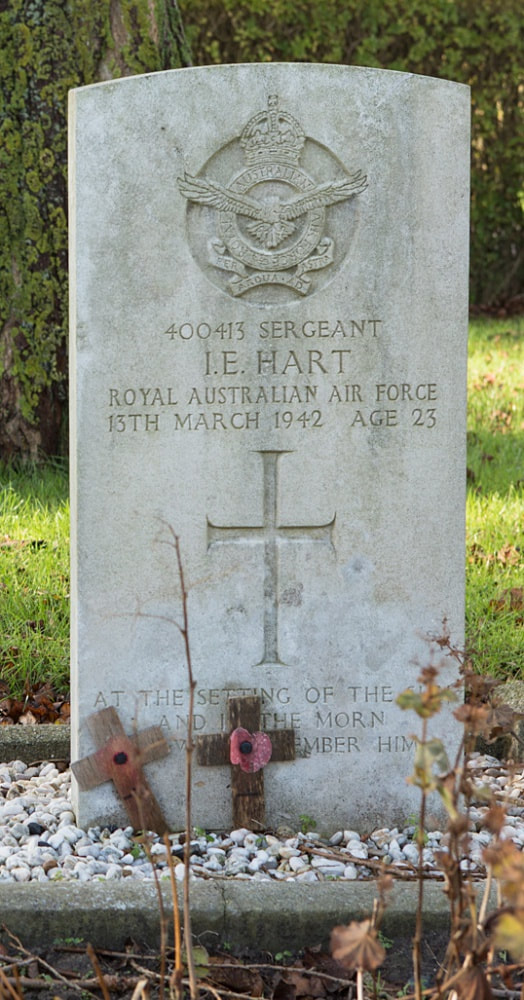 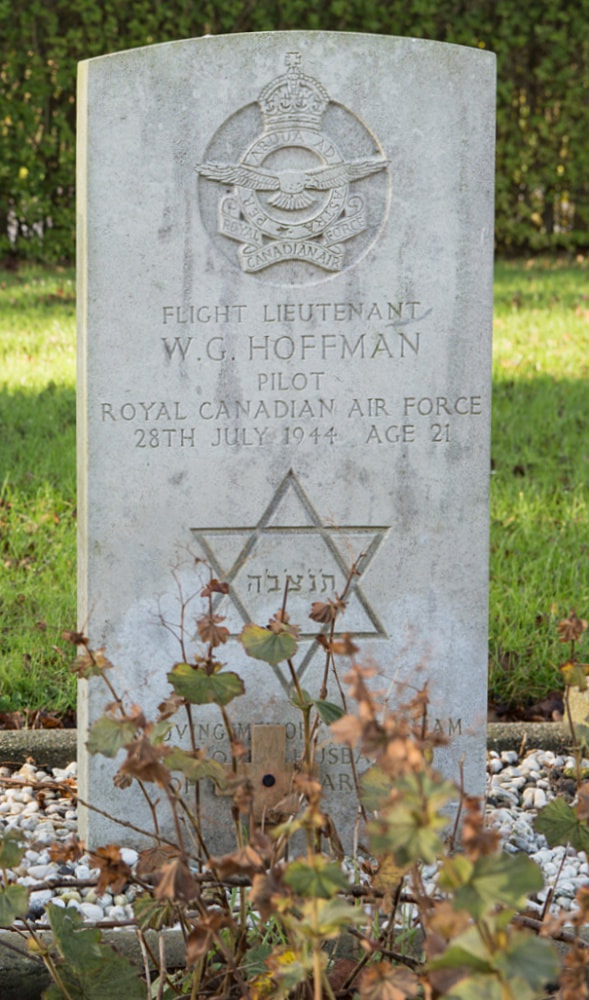 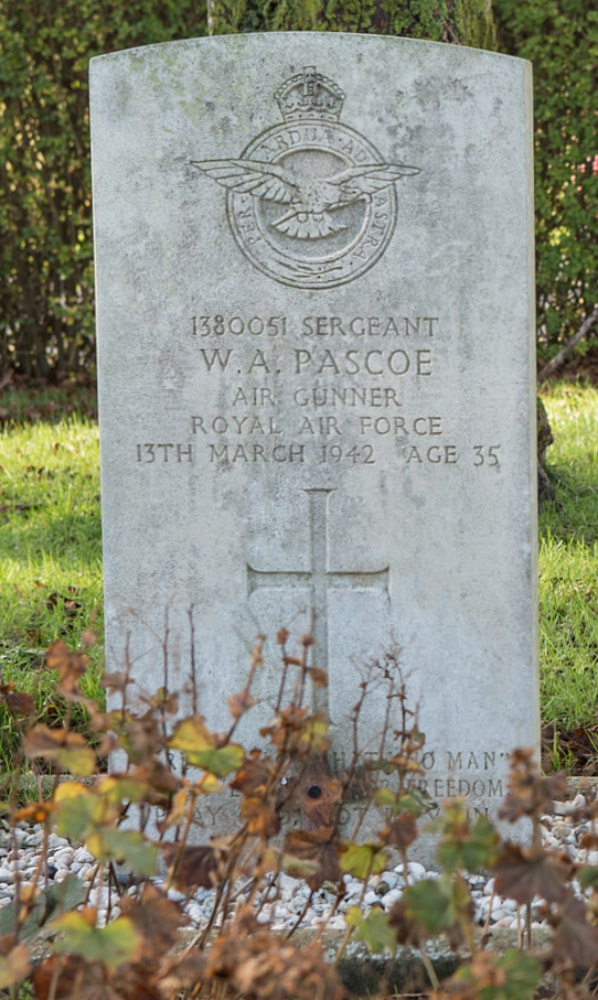 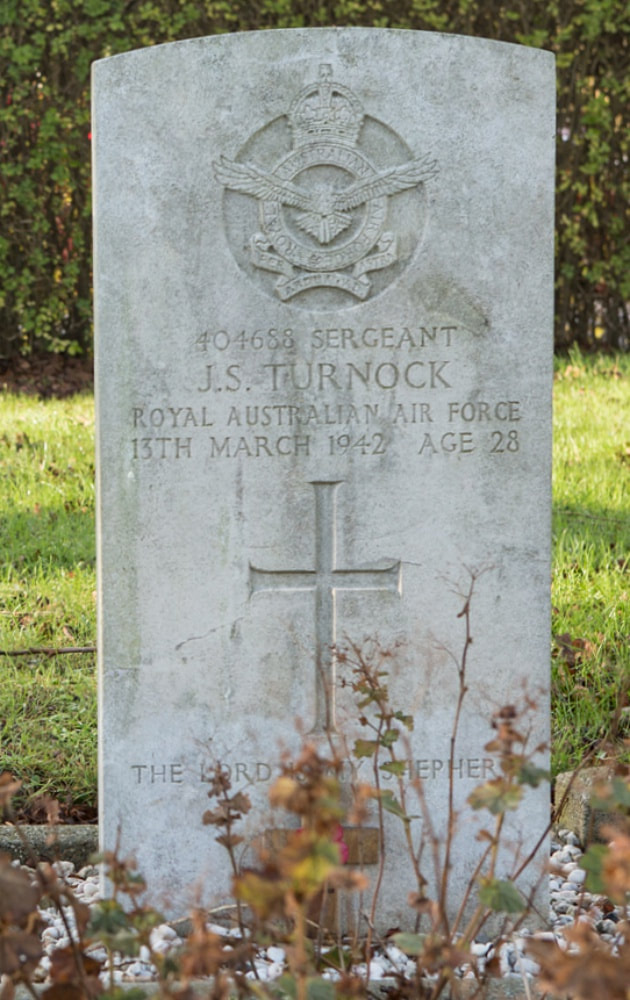 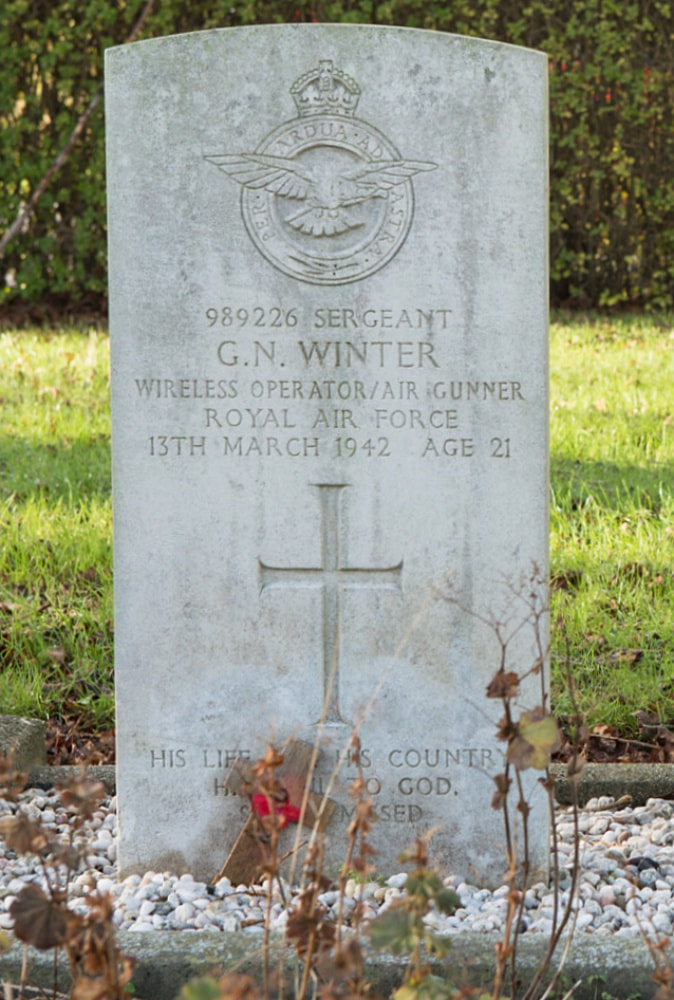 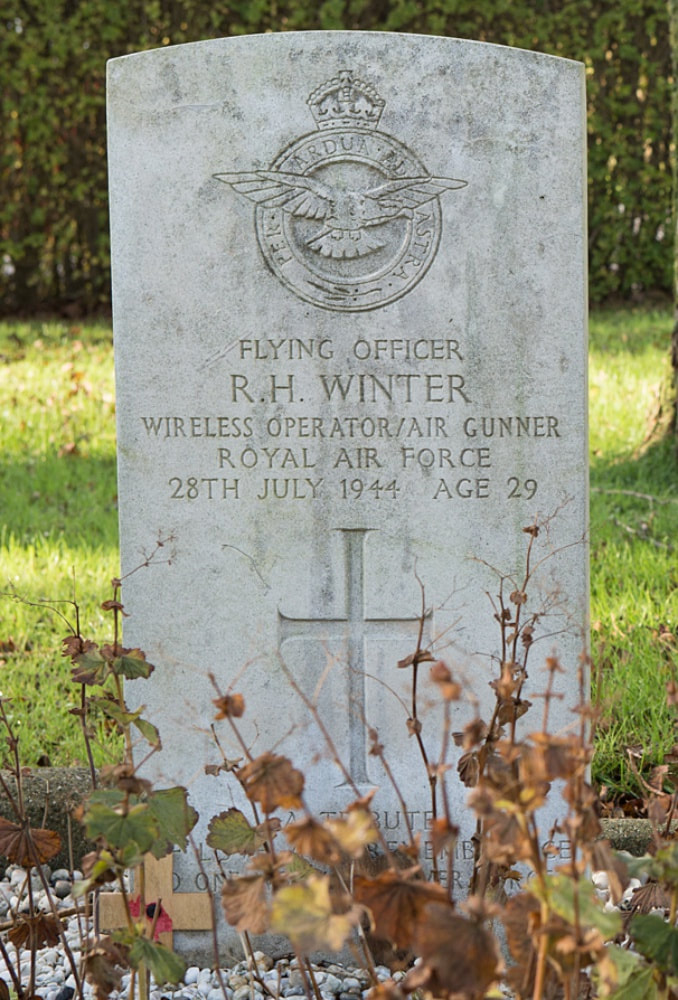 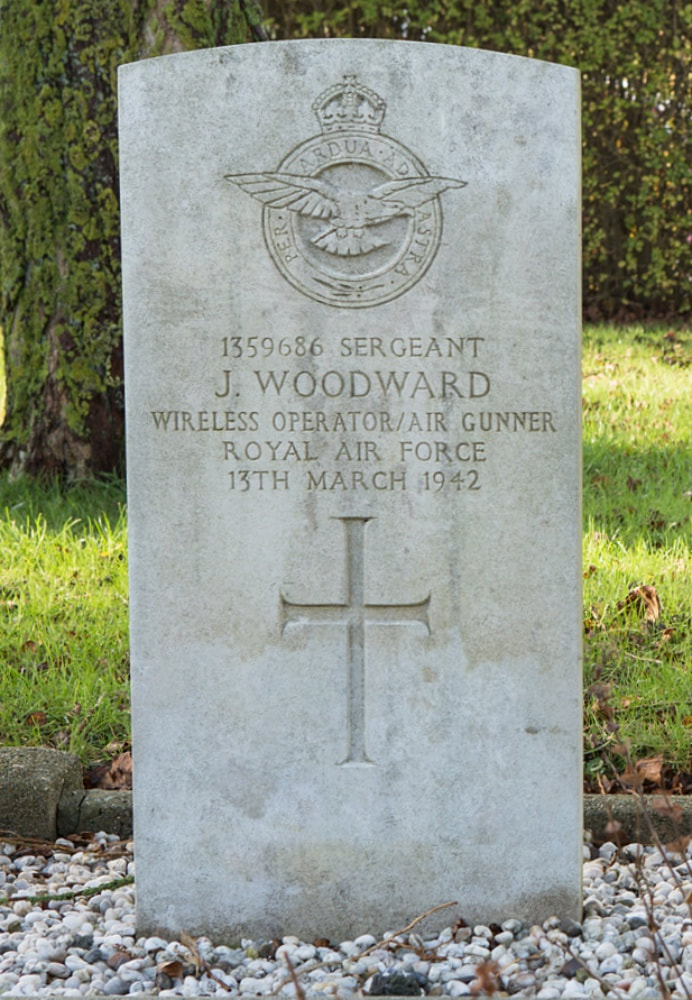 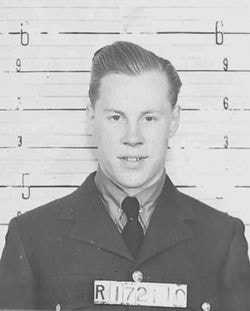 Son of Eagar and Hazel Hoffman; husband of Nan Hoffman, of Forres, Morayshire. 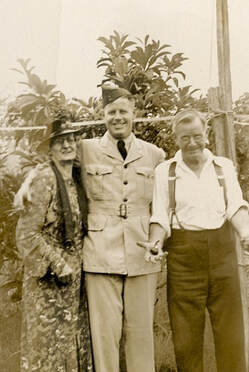 His headstone bears the inscription "The Lord Is My Shepherd"