From Paris starting at the car park at the Chateau of Versailles, follow the "Pontaire" route to St Germain taking the Rue des Reservoirs, Bld du Roi, Place de la Loi to the roundabout and then on to Bld St Antoine and Route de St Germain to the D186. Continue straight on, going over the top of the Motorway A13, to the overhead sign Pontaire NR13 St Germain. Continue on the NR13 under the bridge and straight on up the hill. Take the tunnel in the centre of the road and on emerging from this tunnel you will come to traffic lights. Continue straight on and take the third turning on the right. Proceed down the hill to a Stop sign and the cemetery gates will be seen on the other side of the road facing you.

If starting from the centre of St Germain-en-Laye at the railway station in the Place Christiane Farhier, take the first road right and then take the second road on the right at the traffic lights - the Rue du Pereire. Continue straight on past the second set of traffic lights to the Place du Souvenir Francais and the new communal cemetery will be found on the right.

There are 3, 1914-18 and 9, 1939-45 war casualties commemorated in this site. This includes 5 casualties (Admiral Sir Bertram Ramsay and his staff) who were killed, when their Hudson transport aircraft crashed, soon after take-off, whilst en route to Brussels from Paris.

There are also 9 Post War Burials from both wars buried here. 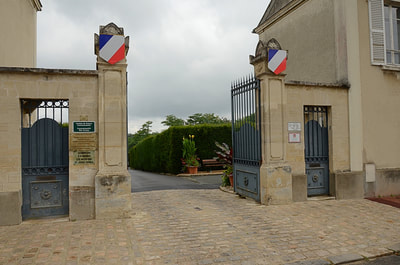 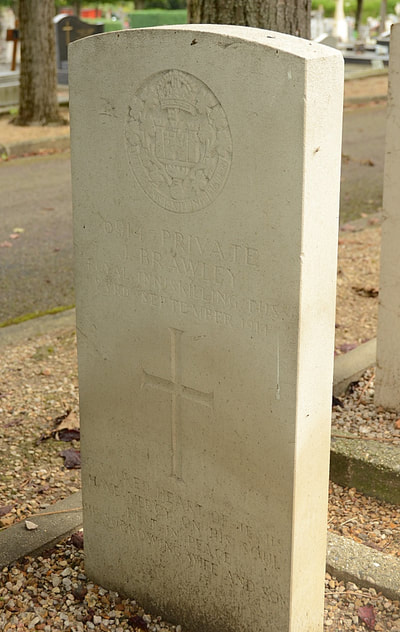 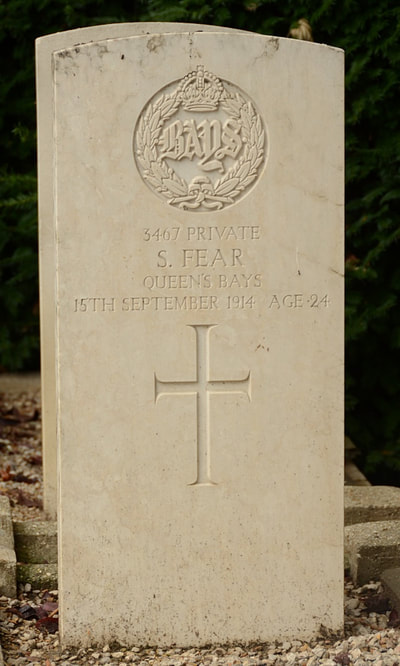 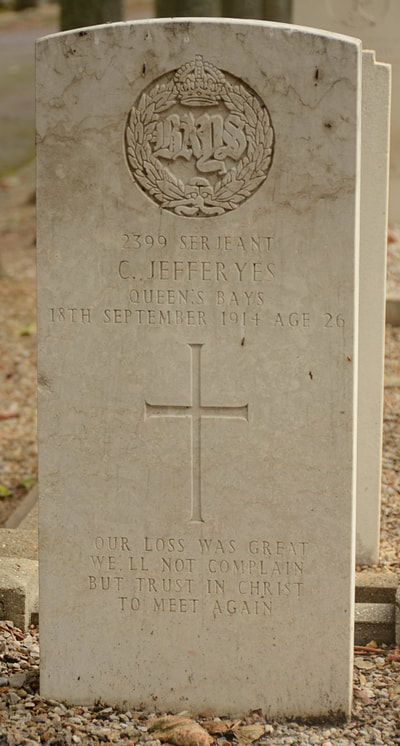 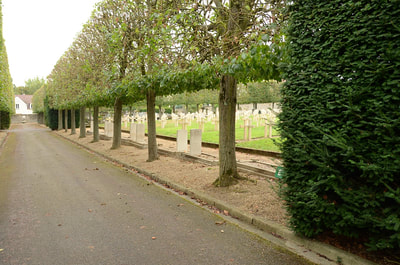 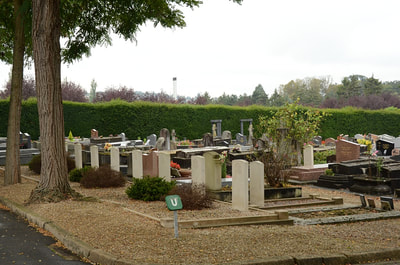 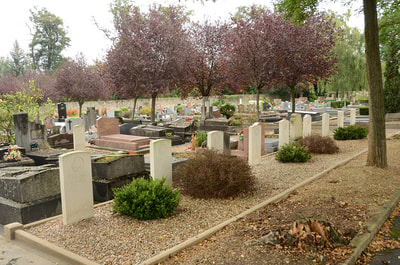 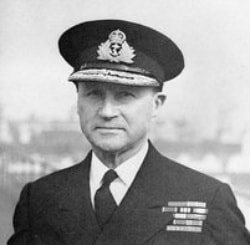 
At the outbreak of war, he was appointed as a retired officer to the dormant post of Flag Officer, Dover.  Little more than a year later, he was put in charge of Operation Dynamo, the evacuation by sea in 1940 of the British Expeditionary Force from Dunkirk.  By late 1943, as Naval C-in-C, he started to organise Operation Neptune, the amphibious operation for the Normandy landings — & on 7 June 1944 escorted Gen. Eisenhower to the Normandy coast.
​
Dying in an aircrash (see under Lewis, below), he was buried here on 8 Jan 1945, General Eisenhower leading the mourners.
Other Burial Details

RME/14381 Marine Isaac Richard David, H. M. S. Odyssey, Royal Marine Engineers, died 21st February 1945, aged 22.
Son of Mary David, of Aberaman, Glamorgan. His headstone bears the inscription "May The Pleasures You Missed On Life's Journey Be Yours In The Garden Of Rest"

At the time of his death, he served as the personal pilot of Admiral Ramsey (see picture above), who had been appointed Allied Naval C-in-C for the liberation of Europe in the autumn of 1943.  On 2 Jan 1945, Ramsey planned to fly in his personal Fleet Air Arm Hudson to Brussels to consult with Montgomery.  Soon after take-off from Toussus-le-Noble (south of SHAEF HQ at Versailles), his plane, with Lewis at the controls, crashed & all on board were killed.

Commander George William Rowell, C. B. E., D. S. C. H. M. S. Odyssey, Royal Navy, died 2nd January 1945. Husband of Daphne Rowell, of Farnham Royal, Buckinghamshire. His headstone bears the inscription "He Asked Life Of Thee, And Thou Gavest Him A Long Life: Even For Ever And Ever" 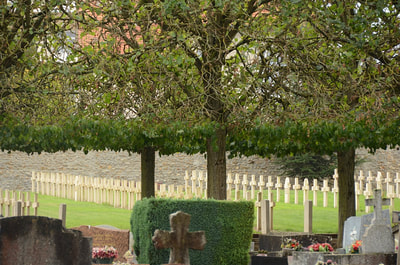 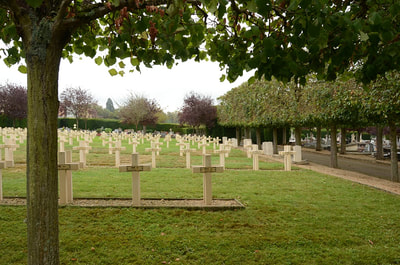 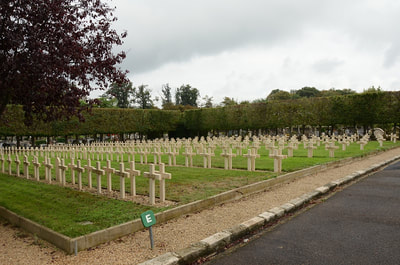 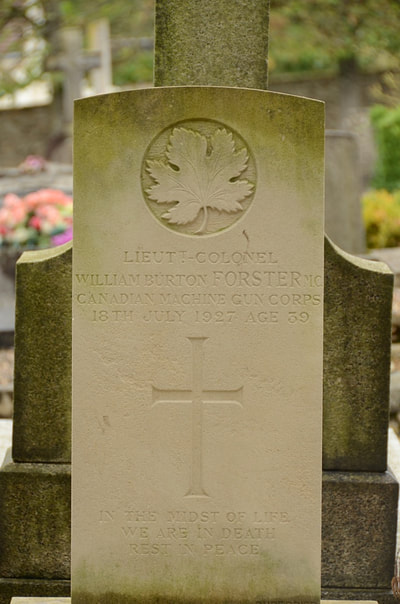 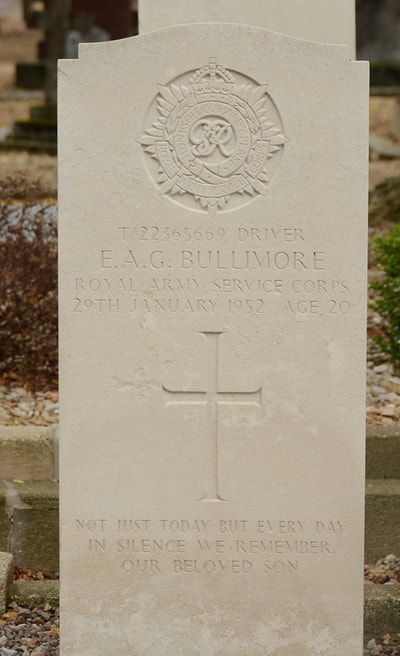 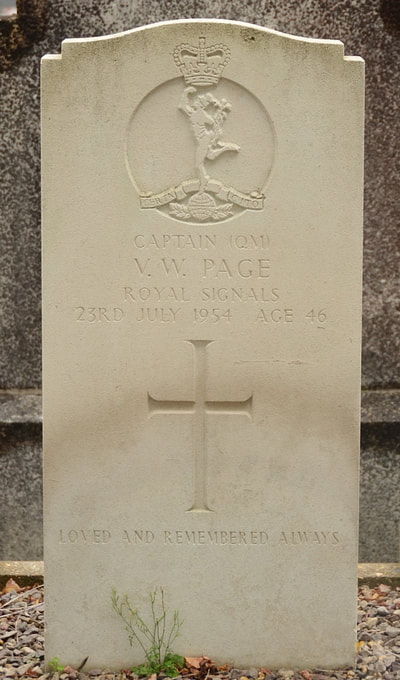