St. Aubin-sur-Scie is a village and commune 6 kilometres south of Dieppe, on the Dieppe-Totes-Rouen road (N.27). The cemetery is east of the village, on the right of the road from St. Aubin-sur-Scie to Arques-la-Bataille (D.54), and is some 250 metres from the main Dieppe-Rouen road (N.27). Near the west boundary of the cemetery is the joint grave of 2 British airmen. 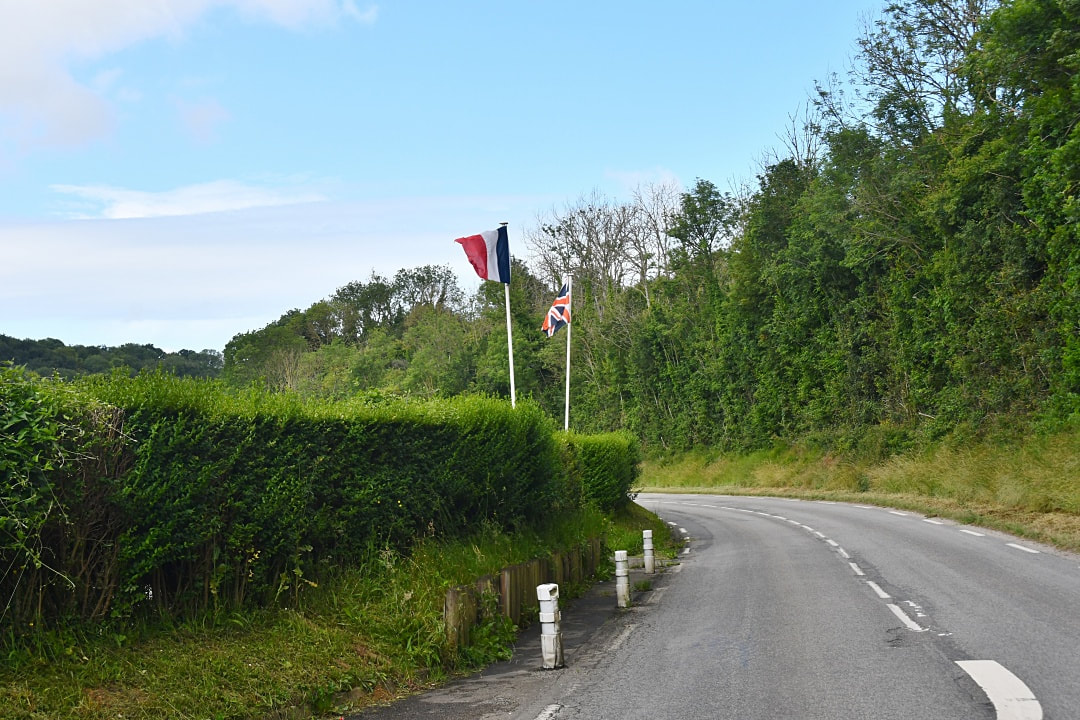 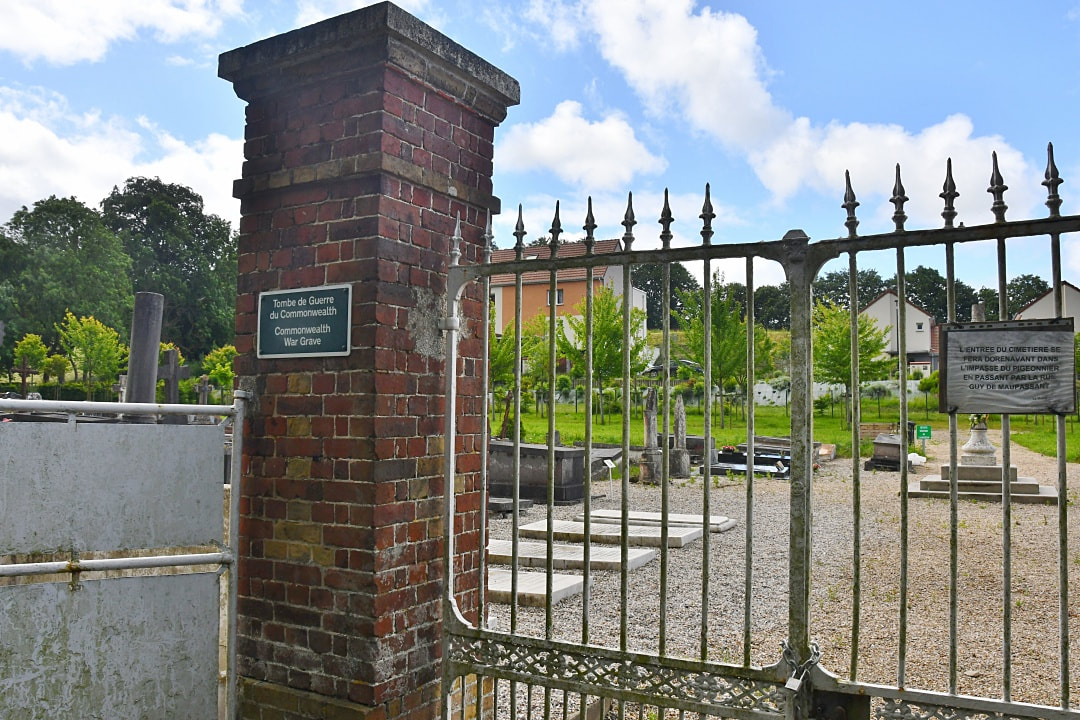 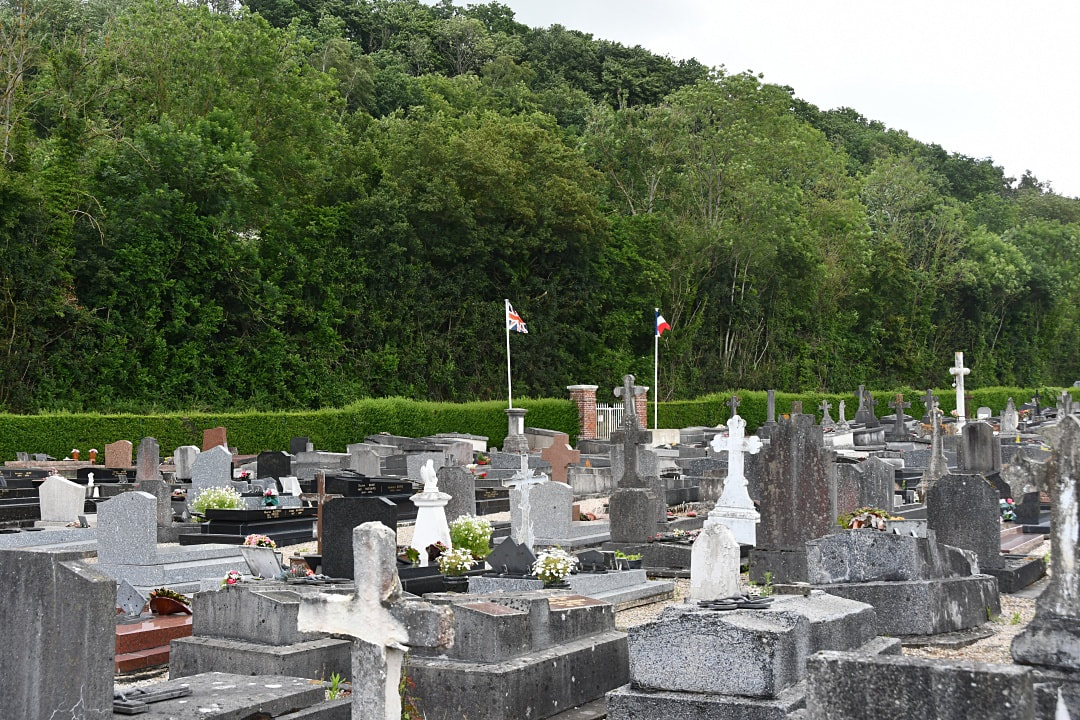 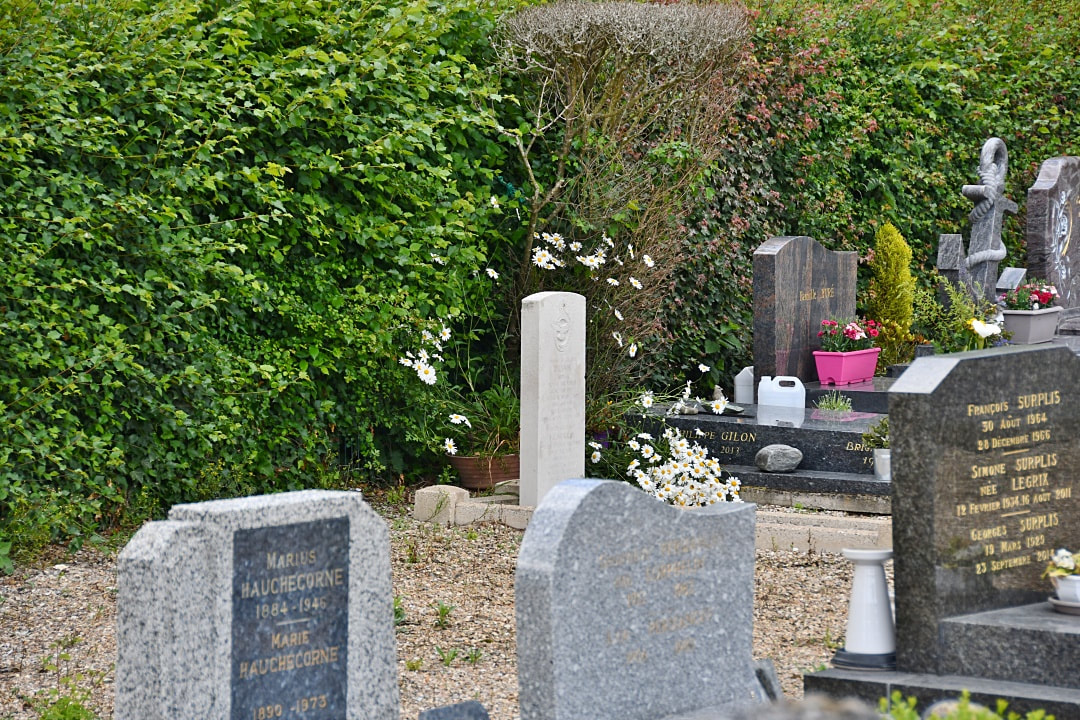 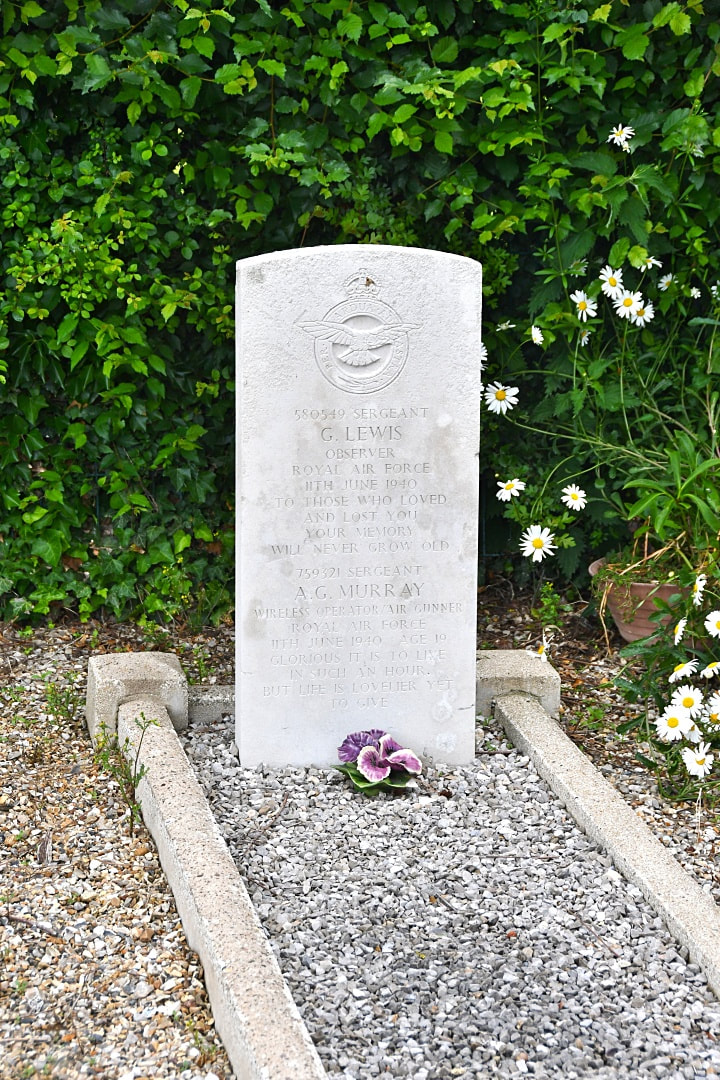 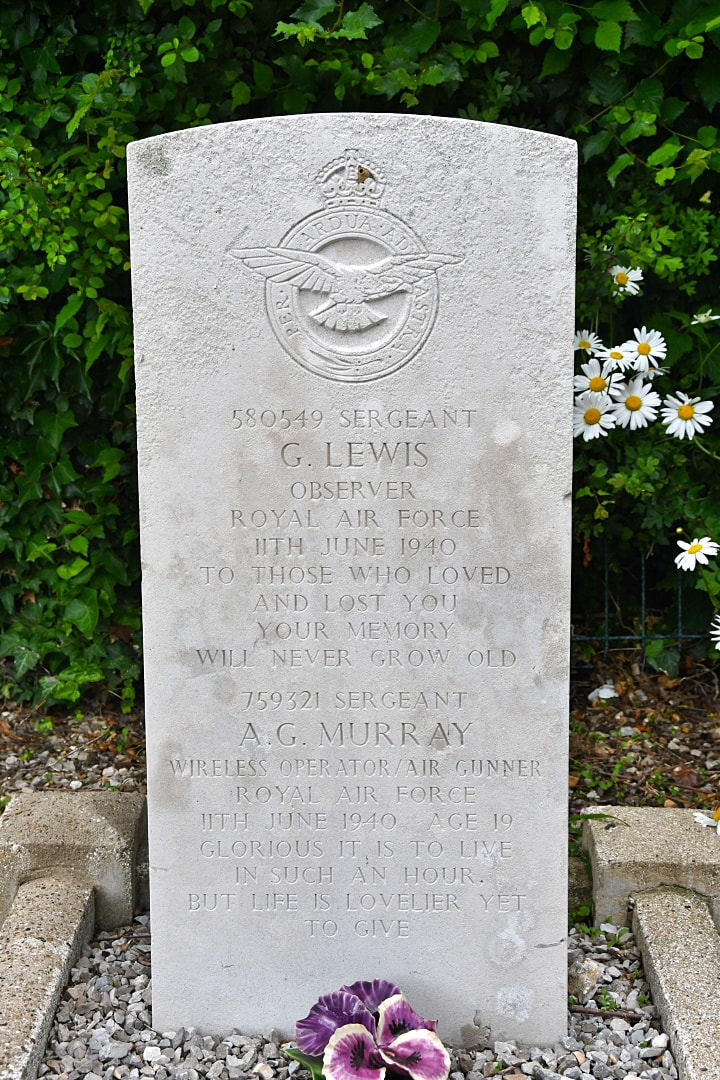 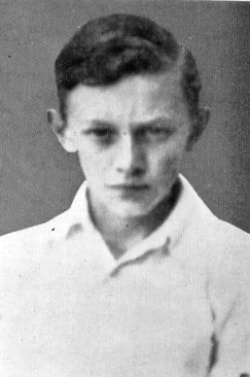 Son of Alexander William Gordon Murray and of Winifred May Murray (nee Harrison), of Bournemouth, Hampshire.

His headstone bears the inscription "Glorious It Is To Live In Such An Hour, But Life Is Lovelier Yet To Give"

580549 Sergeant Gwyn Lewis, 21 Squadron, Royal Air Force, died 11th June 1940. Husband of Annie Lewis, of Sketty, Swansea. His headstone bears the inscription "To Those Who Loved And Lost You Your Memory Will Never Grow Old"