The town of Sittard is in the south east corner of the Netherlands close to the German border, and approx 25kms north east of Maastricht.

From the A2 motorway Eindhoven to Maastricht take exit 48 (afrit 48) URMOND / GELEEN / STEIN.
Follow the direction N294 SITTARD for approx 4kms.
Turn right onto N276 direction SITTARD-ZUID and continue for approx 1km. Turn right SITTARD ZUID / GELEEN and follow the signs for SITTARD ZUID.
Turn left onto RIJKSWEG ZUID and continue for approx 1km, passing under the railway bridge.
Turn right (CWGC sign) onto GEUWEG and after 50m turn right (CWGC sign) onto KROMSTRAAT.
The cemetery can be found after approx 400m on the right

The burials in the cemetery, apart from a few dating from November 1944, are almost all from the months of January and February 1945. The men buried here belong mostly to the Scottish regiments of the 52nd (Lowland) Division, engaged in the battle in this vicinity from 18th to 24th January 1945, which had as its object the clearing of a salient west of the River Roer which was still held by the Germans. 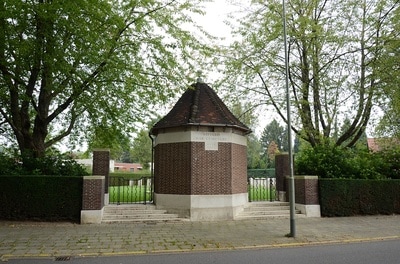 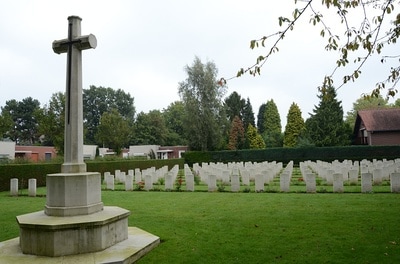 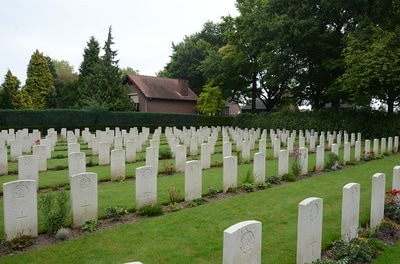 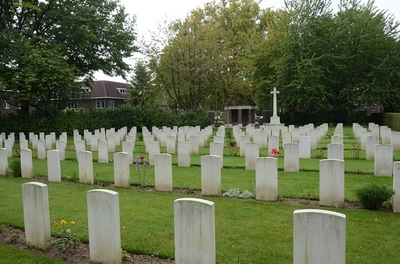 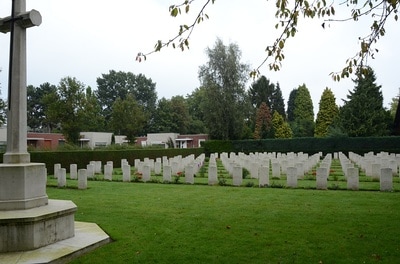 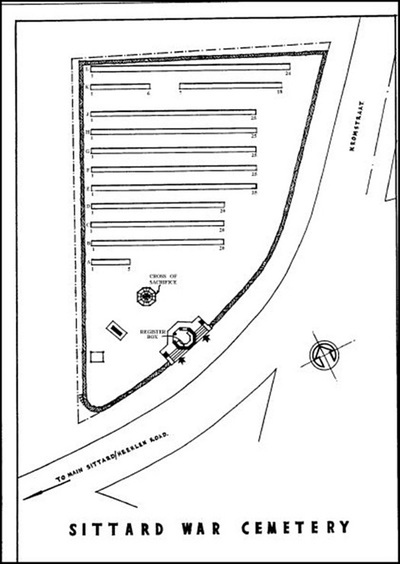 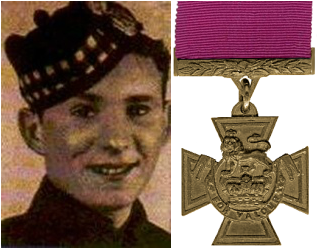 Citation: The citation in the London Gazette of 16th March, 1945, gives the following details : In North-West Europe, on 18th January 1945, a battalion of The Royal Scots Fusiliers led the assault on the German positions between the rivers Roer and Maas. When Fusilier Donnini's platoon was ordered to attack a small village, it came under intense fire from the houses and he was wounded in the head. On recovering consciousness a few minutes later he charged down the road, threw a grenade into the nearest window, and with the survivors of his platoon ran in pursuit of the Germans. The British soldiers reached the cover of a wooden barn only thirty yards from the German trenches. From this cover Fusilier Donnini first went out under intense fire to carry into safety a wounded comrade, then a second time and though again wounded, he advanced firing a machine-gun until a bullet hit a grenade that he was carrying and killed him. His great gallantry and self-sacrifice in drawing the enemy fire on himself enabled his platoon to capture the position, and his comrades to overcome opponents more than twice their number. 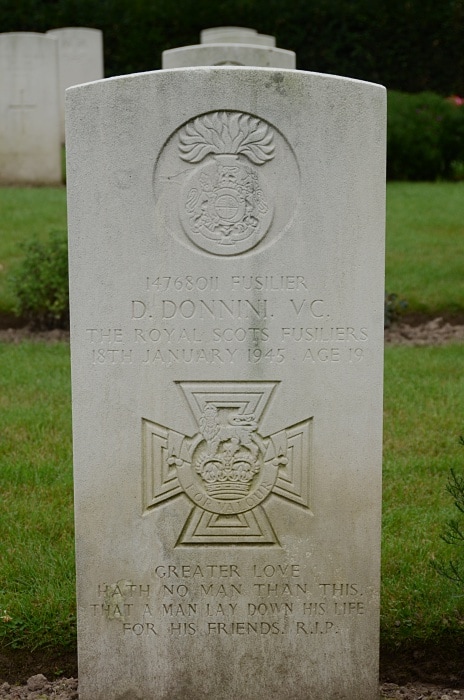