The village of Schorisse is located south-east of the town of Oudenaarde off the N8. From the motorway E40/A10, which runs between Oostende and Brussels, turn off at junction 15 onto the N60, direction Oudenaarde. Follow the N60 to Oudenaarde and the junction with the N8, turn left onto the N8, direction Brakel. Follow the N8 to the junction with the N454 and turn right onto the N454, direction Schorisse. Follow this road past the church then take the first turning on the right called Schorissestraaat and then the first left turn. The cemetery is at the end of this street and the graves are located to the left of the path. 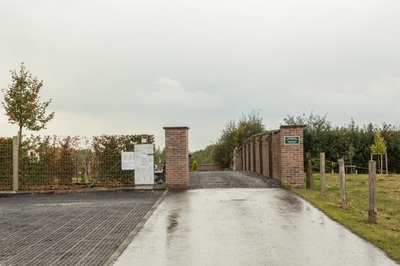 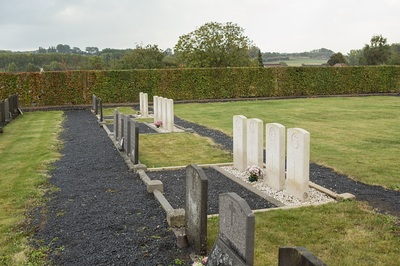 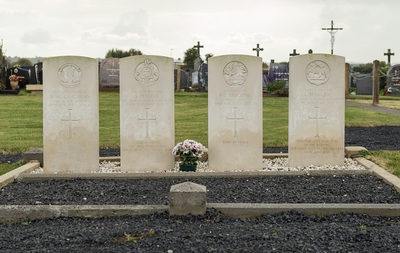 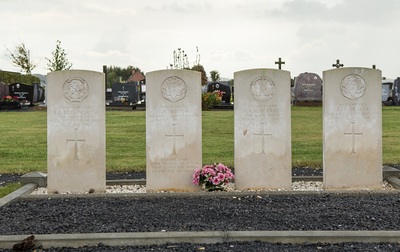 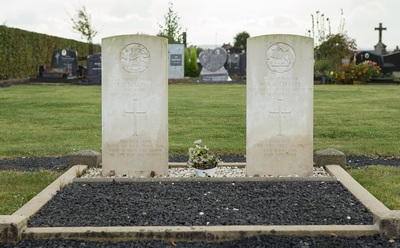 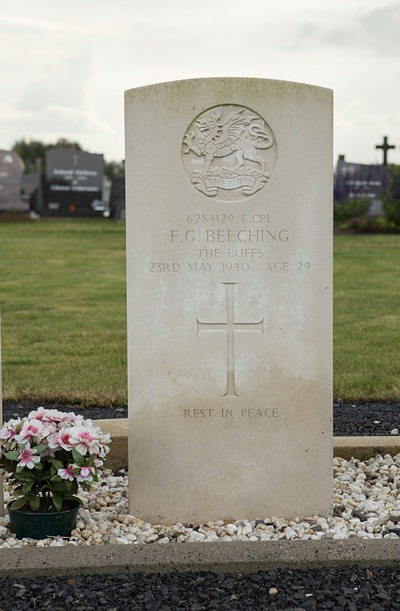 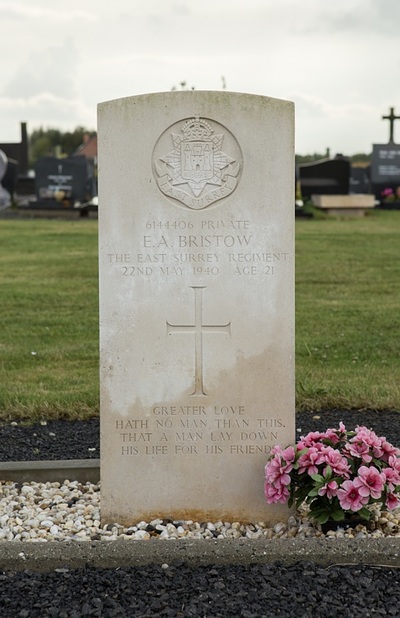 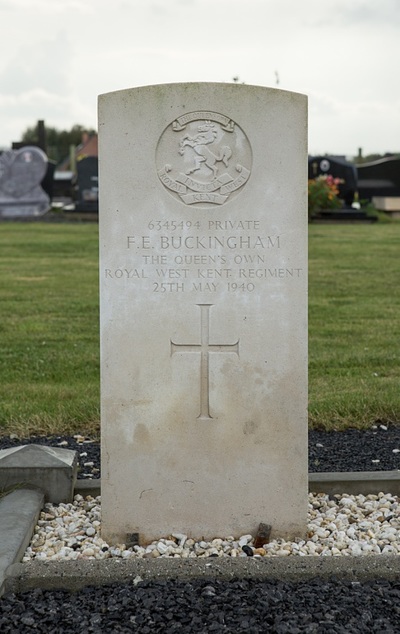 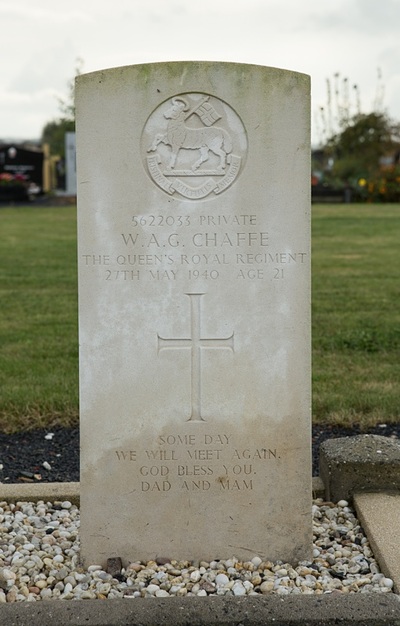 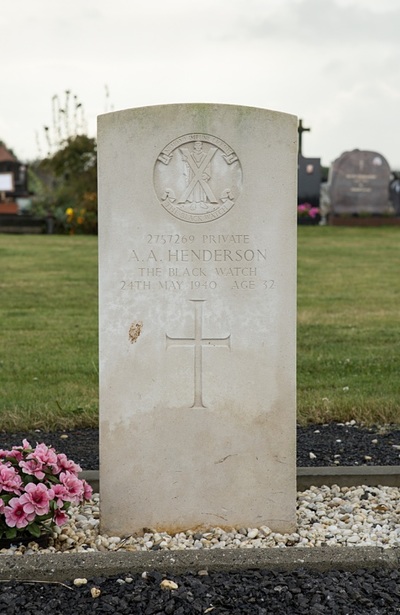 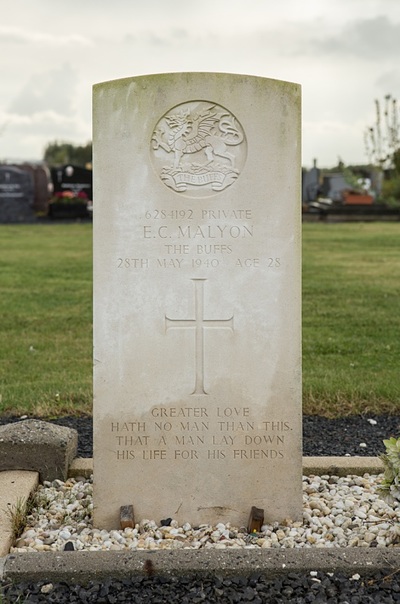 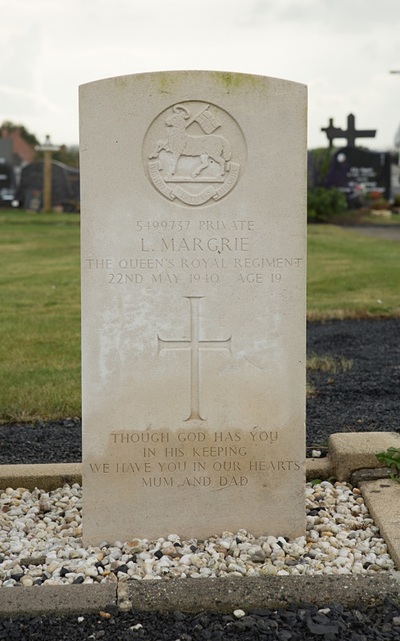 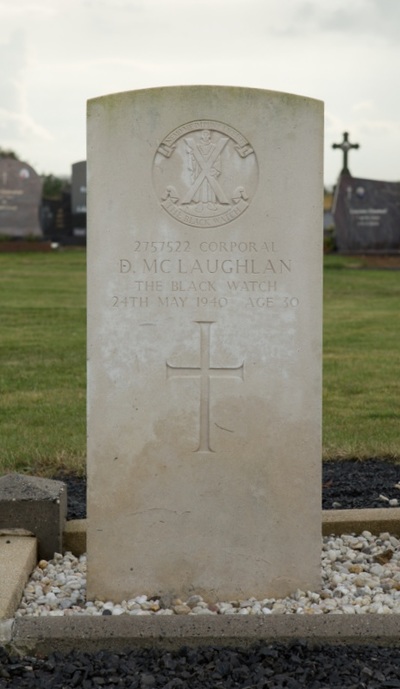 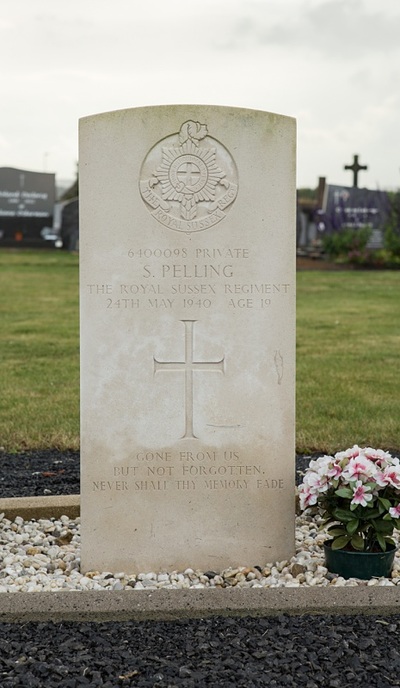 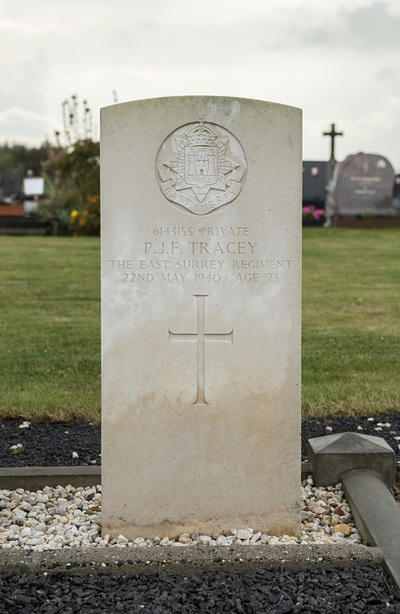