Port Pirie lies about 269 kilometres north-west of Adelaide, on the Gulf of St Vincent, and is the largest port on that gulf. The cemetery is along Moppett Road.

The No2 Bombing and Air Gunnery School of the RAAF was based at Port Pirie during WW2. Most of the RAAF casualties buried here died in air training accidents.
​
Located within Port Pirie General Cemetery in Moppett Road, the war cemetery contains 22 graves of soldiers and airmen of the Australian Forces. 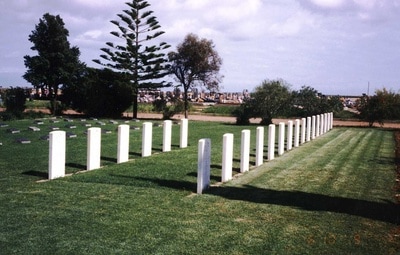 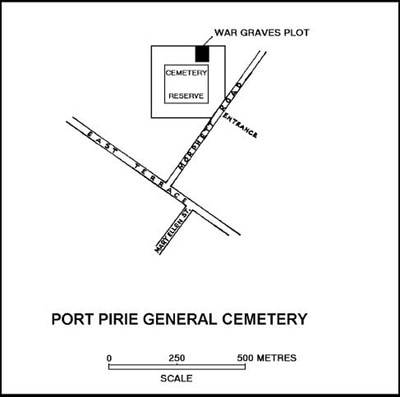 Informal portrait of 432548 Leading Aircraftman (LAC) John Douglas Gardiner, 2 Bomb and Gunnery School, Port Pirie, SA. LAC Gardiner was from Baradine in NSW and worked as a civil servant prior to enlisting on 2 Jan 1943. He died during a training exercise 10 miles west of Port Pirie on 27 August 1943 when two Fairey Battle aircraft collided in mid-air. LAC Gardiner was one of four crew members on board aircraft K9380. The other aircraft, L5654, was carrying a crew of two. All six men were killed.