The War Cemetery lies in the Commune of Rimini in the Province of Rimini, just west of the SS72 from Rimini to San Marino and six kilometres from Rimini.

Take the autostrada A14, Bologna-Ancona. Exit at San Marino, Rimini South. On leaving the motorway head towards San Marino and the cemetery is 4.5 kilometres down this road on the right hand side.

Within the cemetery is located the Rimini Cremation Memorial. This Memorial is one of three memorials erected in Italy to officers and men of the Indian Army who were cremated - the other two cremation memorials are in Forli Indian Army War Cemetery and in Sangro River War Cemetery.

Wheelchair access to this cemetery is possible via an alternative entrance.

There was severe fighting near Rimini in the autumn of 1944 in which the 4th and 10th Indian Divisions had an important share. On 21 September 1944, the 3rd Greek Mountain Brigade entered Rimini but during the winter of 1944-45, the line was pushed very little farther forward.

The site of RIMINI GURKHA WAR CEMETERY was chosen in October 1945 and graves were brought into it from the surrounding battlefields It now contains 618 Second World War burials, all of the Indian forces.

Within the cemetery stands the RIMINI CREMATION MEMORIAL, one of the three memorials erected in Italy to officers and men of the Indian Army whose remains were cremated. The Rimini memorial bears 172 commemorations. The other two cremation memorials are in Forli Indian Army War Cemetery and in Sangro River War Cemetery. 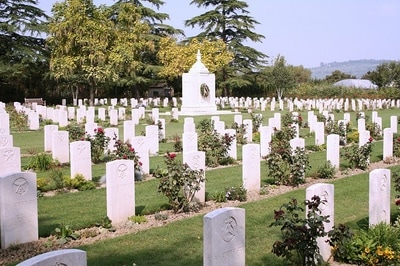 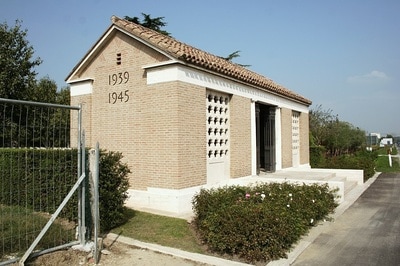 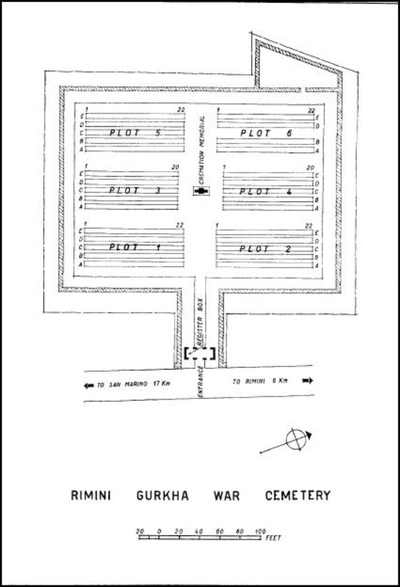 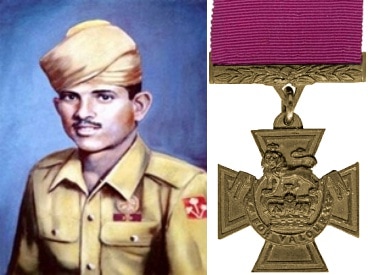 Citation: The citation in the London Gazette of 28th December, 1944, gives the following details : In Italy on the 18th-19th September, 1944, a battalion of the 9th Gurkha Rifles was fighting its way forward into the State of San Marino against bitter German opposition. Sher Bahadur Thapa was a Bren gunner in a company which came under heavy fire. He and his section commander charged the enemy post and put its occupants to flight. Almost immediately another party of Germans attacked the two men and the section commander was wounded, but Sher Bahadur Thapa rushed at the attackers and succeeded in bringing his Bren gun into action from an exposed position against the main body of Germans who were counter-attacking. By his accurate and intense fire this isolated Gurkha Bren gunner silenced several enemy machine-guns and checked German attempts to advance. When the Gurkha forward companies were ordered to withdraw, Sher Bahadur Thapa covered their withdrawal, remaining alone at his post until his ammunition ran out. He then rescued two wounded men who were lying between him and the advancing Germans. As he was returning the second time he fell under heavy fire at point-blank range. His great bravery saved the lives of many of his companions and his outstanding devotion to duty contributed largely to the severe reverse which the Germans eventually suffered. 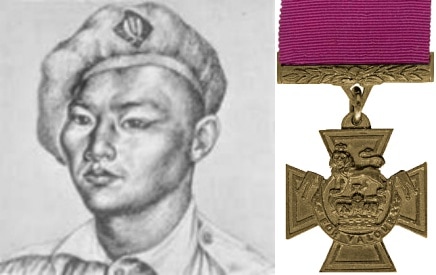 Son of Sukhara and Chardi, of Singla, Barbak, No. 2 West, Nepal.


Citation: The citation in the London Gazette of 20th February, 1945, gives the following details: In Italy on the 10th, November, 1944, a company of the 5th Royal Gurkha Rifles was ordered to send a fighting patrol onto Monte San Bartolo, an objective of a future attack. In this patrol were two scouts, one of whom was Rifleman Thamman Gurung. By skilful stalking, both scouts succeeded in reaching the base of the hill undetected. Rifleman Thamman Gurung then started to work his way to the crest, but suddenly the second scout attracted his attention to Germans in a slit trench just below the leading section. Realising that that section would certainly suffer heavy casualties if the enemy fired on them, Rifleman Thamman Gurung leaped to his feet and charged the German position. Completely taken by surprise, the Germans surrendered without opening fire. 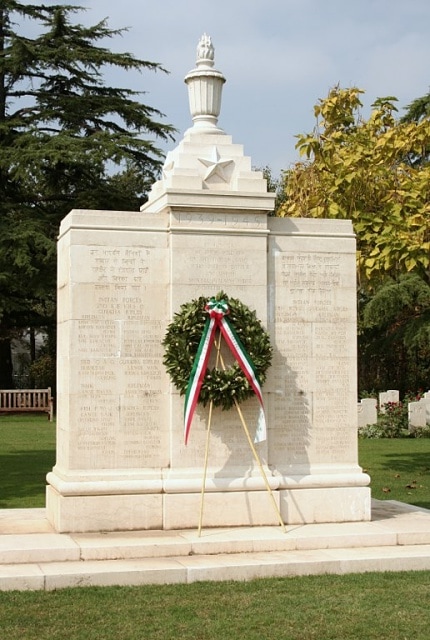